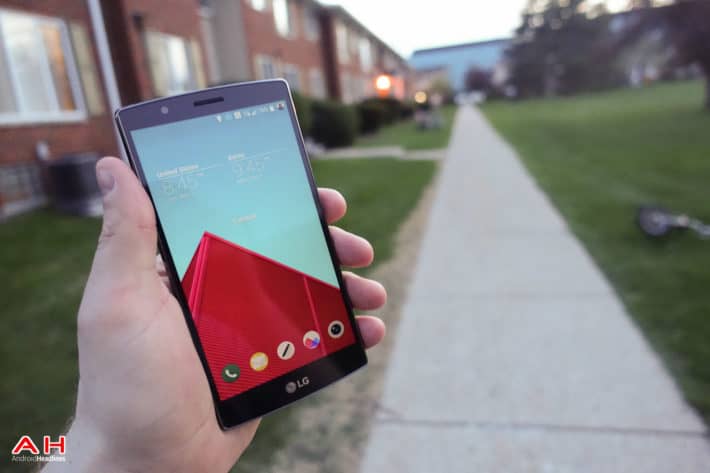 After LG's launch event and people began to receive their new flagship devices from the South Korean manufacturer, many noticed and recalled that the LG G4 housed a Snapdragon 808 hexa-core processor instead of Qualcomm's top-of-the-line 810 octa-core chipset.  And with this fact, many were puzzled as to why, but a common reason was assumed: overheating.  With the 810 in the LG G Flex 2, from CES this past January, people noticed this phone got insanely warm during heavy use.  the same appeared to happen to the HTC One M9 from Mobile World Congress, but even more so because the body was metal instead of the G Flex 2's plastic construction.  Firmware updates helped ease the heat in people's palms, but the issue still remained: why use a not-the-top processor for a flagship, a true flagship, device?

After people had their bout of doubting and criticizing the 810 for its heating issues and the 808 for simply existing in the G4, Qualcomm issued in an interview with Forbes regarding the situation.  A Qualcomm spokesperson spoke both how the 'rumored' overheating problem was just that, a rumor, as well as how the choice of 810 and 808 was made by LG, a year and half ago, when the processors first were announced.  The 810 inside the G Flex 2 was available for the device's mass production run for consumers, while, according to Qualcomm, the 808 was not yet available to be installed until the G4.  Similarly, the G4 has a 2560 by 1440 pixel display, a doubling of pixels over the G Flex 2's 1920 by 1080 pixel panel, and the QuadHD display necessitated the use of the 808 instead of the 810.

Interesting, yes, but inconclusive.  But one consumer decided to do a small test showing comparison between the 810 and 808 inside this year's flagships.  On YouTube, Ash from the C4ETech channel did a video comparing AnTuTu scores after multiple runnings of the popular benchmark across the LG G Flex 2 and G4, as well as the other 810-clad flagship, the HTC One M9.  His findings are likely what neither LG nor Qualcomm was even close to admitting: the 810 throttles, a lot.

His results show decreased scores in each consecutive running of the benchmark, as is and should be expected, but the amount that the 810 throttles back its performance when compared to the 808 is shocking, leaving the 810, in the end, performing just about the level of some mid-range MediaTek processors.  This limited testing sample is just that, limited, but it likely is showing enough for many to understand the simple reason that LG chose to give the 808 to the G4.

As Qualcomm had stated, the QuadHD display was a key factor in choosing to use the 808, and that makes perfect sense actually.  The 810, when used at high-performance frequencies, may perform astoundingly well, but it gets crippled quickly to using its four lower-powered A53 cores.  This is compared to the 808 using its high-powered dual-core to perform at higher frequencies with better results for longer spans of time, to allow for the least amount of thermal throttling to completely obliterate the pixel-dense display which already would tax the processor inside.  If LG and Qualcomm had come out and said the reason, rather than avoiding and denying the issue and reason, many customers might not be so up in arms.