LG has recently joined the likes of Samsung, HTC, Sony… and a number of other OEMs who have already unveiled their flagship devices for 2015. This Korea-based company has introduced their G4 handset at the end of last month and received a rather positive feedback ever since then. The G4 is a significant improvement over its predecessor, the G3. LG’s newest flagship actually resembles the G3 in general, but it’s slightly curved, offers some interesting back cover options and its specifications are significantly improved in comparison to its predecessor, especially its processor and camera sensors. The rear-facing physical buttons are still present and it’s fairly easy to recognize that this is an LG-branded devices and a part of the G line of handsets.

That being said, LG has showcased their upcoming lineup of accessories and has mentioned that the QuadBeat 3 earphones will be an official G4 accessory. This Korean company has also mentioned that these earphones will be bundled in with the G4 handsets in certain markets. Well, LG has just officially introduced their new QuadBest 3 (HSS-F630) earphones in South Korea. These earphones are a direct successor to the QuadBest 2 earphones which were introduced alongside the G2 back in 2013. The QuadBeat 3 offers quad-layer diaphragm, which should help the earphones to produce rich and clear sound.

The QuadBeat 3 earphones are so-called ‘canal’ type earphones and their maximum rated power is 20mW. LG has listed 105dB / mW sensitivity for the QuadBeat 3 unit and frequency band 20Hz ~ 20kHz. The listed impedance is 24 ohm and these earphones sport the regular 3.5mm jack which you can plug in whichever device you want basically, as long as it has the 3.5mm earphone / headphone jack, of course. There are also three buttons available here: volume up, volume down and answer call button. There are a couple of images in the gallery down below in case you’d like to check out the design of these earphones.

The LG QuadBeat 3 earphones will be available in Black and Red color options and are priced at 24,900 Won ($23). As previously mentioned, these earphones will ship along with the G4 units in certain markets, though LG didn’t give out the specifics just yet. 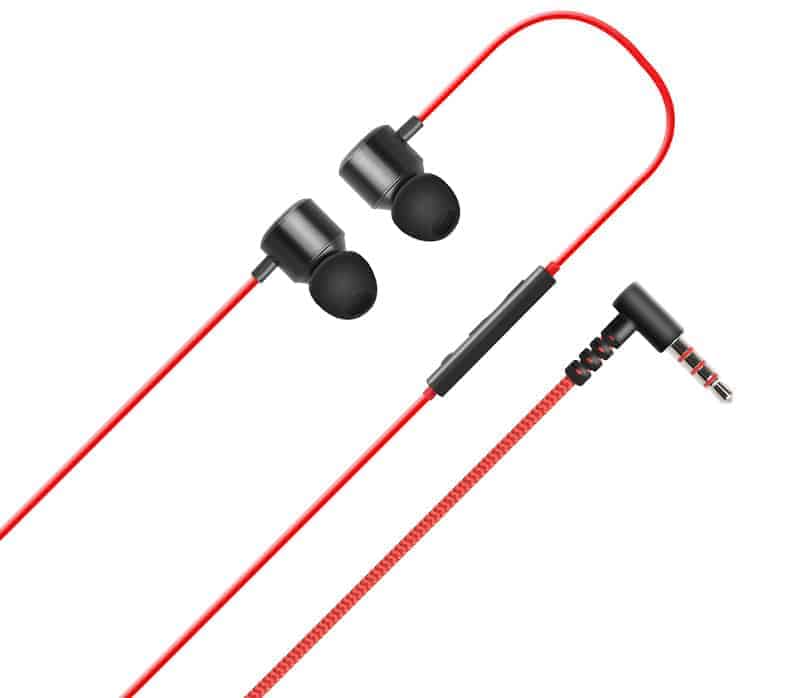