Skip to content
Trusted By Millions
Independent, Expert Android News You Can Trust, Since 2010
Publishing More Android Than Anyone Else
1
Today
157
This Week
1
This Month
7392
This Year
117347
All Time Samsung’s new Galaxy S6 and Galaxy S6 Edge flagships are amongst the hottest devices around at the moment. The two devices were launched during the Mobile World Congress (MWC) in Barcelona back in March, and are currently on sale all over the world. These two handsets sport almost identical specifications, but the Galaxy S6 Edge looks significantly different due to its curved display on both its left and right side. This handset also has some extra software features that Samsung has added in its TouchWiz UI in order to take advantage of the curved sides.

That being said, Samsung has partnered up with Marvel in order to bring some Avengers goodies to their Galaxy S6 devices. The Korea-based tech giant has already introduced a line of Avengers accessories for their Galaxy S6 handset, and the company has also teased the arrival of the special edition Galaxy S6 Edge handset earlier this month, the Iron Man Galaxy S6 Edge. That teaser came with a ‘Coming Soon‘ caption, and Samsung Mobile Korea has released yet another teaser image today. This time around, though, the caption reads ‘Coming Next Week’, which is a far more accurate release date than Samsung provided last time around.

The Samsung Galaxy S6 Edge features a 5.1-inch QHD (2560 x 1440) Super AMOLED display along with 3GB of LPDDR4 RAM and 32GB, 64GB or 128GB of non-expandable internal storage. Samsung’s proprietary 14nm Exynos 7420 64-bit octa-core processor powers on this handset along with Mali-T760 GPU. The 2,600mAh non-removable battery is also a part of this package, and this handset offers 4G LTE connectivity, of course. The 16-megapixel OIS camera is located on the back of this handset, and the LED flash is right next to it, while a 5-megapixel shooter is available on this device’s front side. Android 5.0.2 Lollipop comes pre-installed on the Galaxy S6 Edge with Samsung’s TouchWiz UI on top of Google’s OS. The Galaxy S6 Edge measures 143.4 x 70.5 x 6.8mm, while it weighs 138 grams.

There you have it folks, we’re still not sure whether the company plans to release this handset in all internal storage variants, or will Samsung stick to only one. We’ll find out what’s what next week, stay tuned for that. 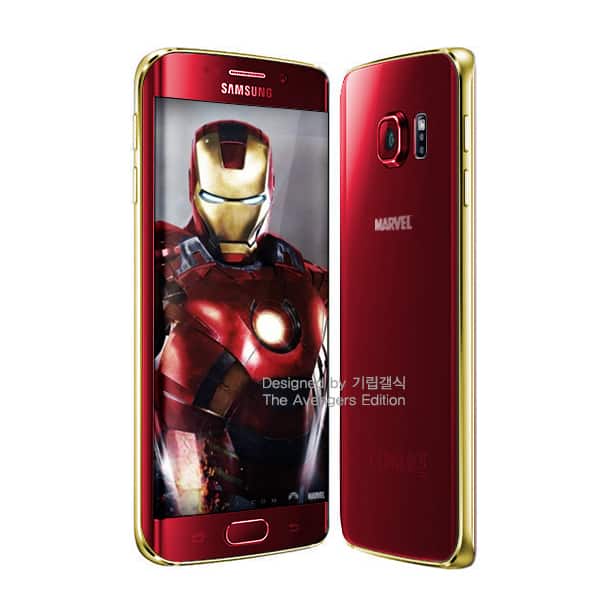