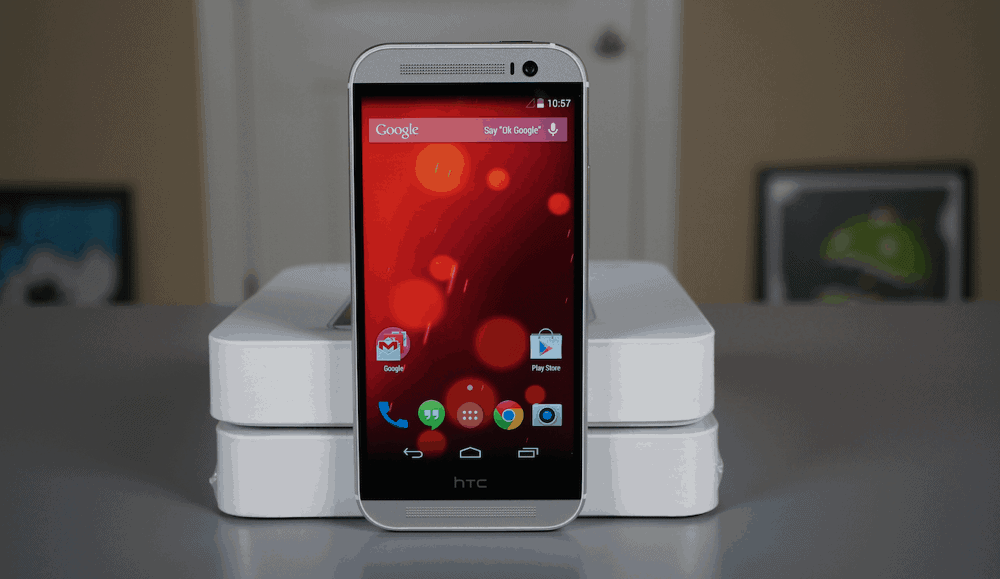 When Samsung released the Galaxy S4, after the dust had settled on the TouchWiz model, Samsung then announced the Galaxy S4 Google Play Edition. This was a new concept for both Google and Samsung: here was the Galaxy S4 hardware but running a very close to stock Android installation. I write, "very close to stock," because the Galaxy S4 had a MicroSD card and Samsung needed to write the necessary drivers and code for this. There are a few advantages of buying the Google Play Edition version, such as the promise of quicker software updates (although not as rapid as the Google Nexus project) combined with the hardware features of the original device. However, it meant that if customers wanted a Nexus device for the quick software updates and pure stock interface, but also wanted the Galaxy S4's 13MP rear camera, replaceable battery and MicroSD card slot, they could buy the Galaxy S4 Google Play Edition. HTC reasonably quickly followed by announcing their very own Google Play Edition version of the HTC One M7. These two devices were joined by the Motorola Moto G and Sony Xperia Z Ultra, then later on by the HTC One M8.

One issue with the Google Play Edition versions of both the Galaxy S4 and HTC One M7 is that the original equipment manufacturer's "special sauce" is missing from the devices. In the case of these two handsets, both devices have built-in support for social networks and alternative software for the cameras, which meant that some hardware features were less than optimized for the Google Play Edition version of the device – a particular example is how the Google Camera has fewer features than the HTC or Samsung equivalents and so was not as capable. It is also possible that Google used the Google Play Edition handsets as a trial for the rumored Android Silver project, which was to see near-stock Android installations on manufacturers' high end models as something of a showcase for Android. It is believed that Android Silver was shelved at some point last year.

Bringing the story up to date, Android 5.1 Lollipop was released for the Google Play Edition devices last month and now the manufacturers are releasing the kernels and respective code for these models. Today's story concerns HTC releasing the kernel sources for the HTC One M7 Google Play Edition and HTC One M8 Google Play Edition. This news is especially interesting because it's the first time we've been able to take a look at the kernel that HTC have used for these devices. For the M7, the release version is 6.04.1700.6 while the M8 is 4.04.1700.6. Because the M7 and M8 Google Play Editions are the only HTC handsets running Android 5.1, these source code deposits are of special interest to those developers seeking to write their own custom 5.1 ROM. This story is likely to have ramifications across the HTC One custom ROM scene; watch this space to see a new set of ROMs based on Android 5.1 arrive on the scene.