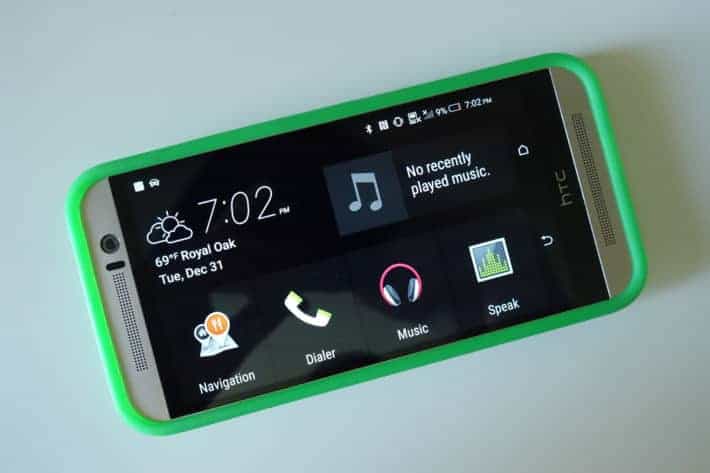 HTC Car, an app that basically turns your phone into an infotainment system. You have access to maps, music, calls and a few other options. But that’s about it, and that’s to keep your eyes on the road at all times, where they should be. The app allows you to find nearby gas stations, as well as do text-to-speech to read out your text messages and even emails. It can also read out your incoming calls, so that you know who is calling you. Always an important feature, because again, it keeps your eyes on the road.

The fact that the app is only available for HTC’s devices is rather disappointing, however it’s not the first time we’ve seen this. Many other OEMs, including LG, Samsung and Motorola have released apps into the Play Store that are only compatible with their own devices. But in reality, how many people actually use a Car app when their in the car, other than probably Android Auto? Most people just connect to Bluetooth and play music or charge up their smartphone.