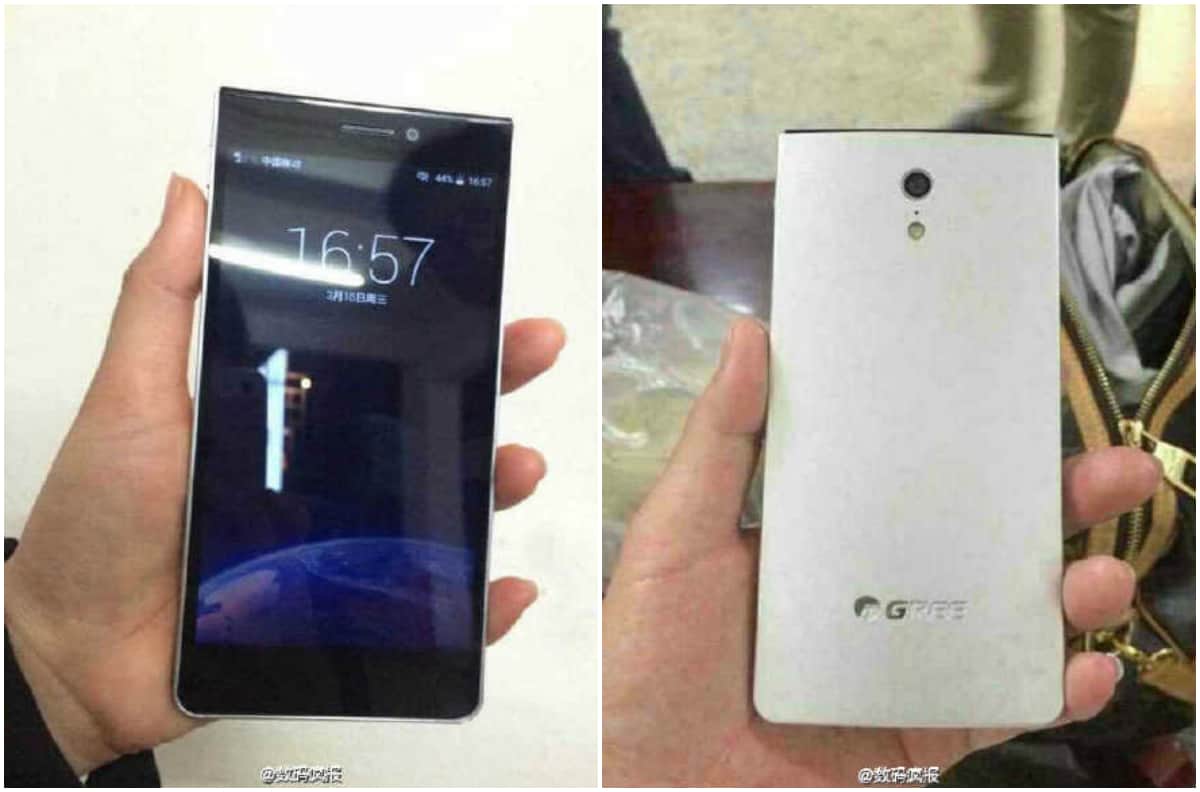 Xiaomi is a very interesting company, this China-based smartphone OEM was founded back in 2010, and in just four years it managed to become the number one smartphone vendor in China. Xiaomi's growth rate is staggering and it seems like they're just getting started. They managed to sell 61 million smartphones in 2014, and they plan to raise that number to a 100 million by the end of this year. That being said, there are a lot of OEMs which would like to mess Xiaomi's plans, and Gree is definitely one of them. This company is probably unknown to most of you, especially because making smartphones is definitely not this company's first concern.

Anyhow, about a month ago, Gree's smartphone was spotted at Gree Energy's conference in China. The phone looked rather appealing in terms of the design and it was said this will be a mid-range offering by the company, and that it will be really affordable as well. This company is very interesting because of the person who runs it, Dong Mingzhu, one of the most successful entrepreneurs in China. Next to Xiaomi's co-founder, Lei Jun, Gree's president is definitely one of the most respected people in that country. We were waiting for Gree to release this handset, and it seems like that happened.

According to Gree's president, the Gree smartphone will be available for purchase really soon. She also mentioned that the phone offers all sorts of security features and what not. This handset features a 5-inch 720p (1280 x 720) display along with 1GB of RAM and 8GB of internal storage (expandable up to 32GB). The 8-megapixel camera is available on the back of this handset, and the 2-megapixel snapper is located on its front side. Qualcomm's Snapdragon 410 64-bit quad-core SoC is powering on this handset along with an Adreno 306 GPU. Android 4.4.4 KitKat comes pre-installed here and the phone also supports 4G LTE connectivity. The phone is rumored to cost 599 Yuan ($98), which makes it extremely affordable.

It will be interesting to see if this handset will sell as well as Gree is hoping it will, after all, Gree is an unknown brand in the smartphone world. Either way, stay tuned, we'll report back as soon as we stumble upon some additional info.