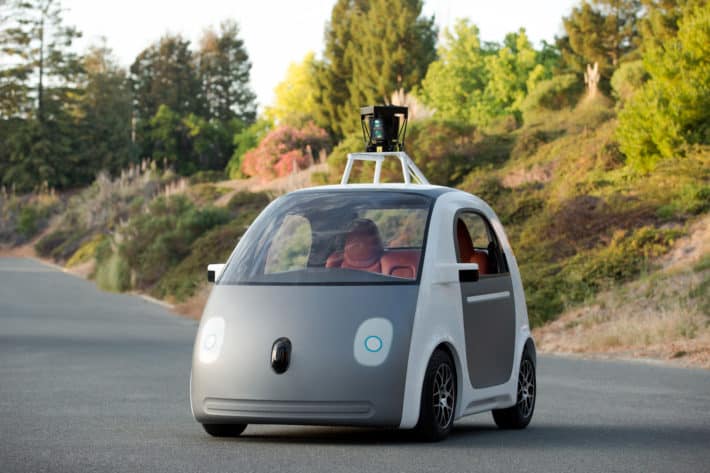 One of Google’s most ambitious projects has been its self-driving vehicles project, something that Google has been testing for the past few years. A few states like California, Nevada, Michigan and Florida have already legalized the testing of such driver-less vehicles on their public roads and Google believes that it’s ready to take advantage of the legislations. According to an official blog post, Google is finally ready to let loose a few of the prototype autonomous vehicles to drive around the public streets of California, mostly in and around Mountain View. There will, however, be human “Safety Drivers” in every such vehicles to take charge in case something was to malfunction. The cars will have an electronically limited top speed of 25 miles per hour and come with removable steering wheel and accelerator and brake pedals. According to the Mountain View, CA-based company, the prototypes have already logged “nearly a million autonomous miles” on its test tracks and it is now time for them to embark upon the same level of testing that the mainstream Lexus RX450h SUVs went through.

Just a few days back, there were reports about how 11 out of the fleet of 48 modified autonomous Lexus vehicles have been involved in some type of accident or another, ever since Google began its testing a few years back. Google tried brushing them off in an official statement describing the incidents as “a handful of minor fender-benders, light damage, no injuries, so far caused by human error and inattention”. While no serious injury was reported from any of the mishaps, it does raise questions about the safety and efficacy of these vehicles and their readiness to embark upon more extensive testing in real world scenarios, where the stakes will be much higher than they are on the test tracks.

While the very concept of an autonomous vehicle might have sounded overtly futuristic even a couple of decades back, it is very much a reality in the early twenty-first century as Google and a few other companies are working overtime to bring the technology to the mainstream. Certain teething issues notwithstanding, the concept itself sounds promising, and if Google and the other companies can deliver on their promise, it can potentially revolutionize the way we have commuted since Henry Ford introduced the Model T upon an unsuspecting world over a century ago. But for that to happen, Google has to prove that the vehicles are indeed safer than the manually driven cars of today, before lawmakers and the general public will accept them in their midst. Till such time though, apprehensions and mistrust may well continue to dog Google and other wannabe pioneers of the much heralded autonomous vehicles of tomorrow.