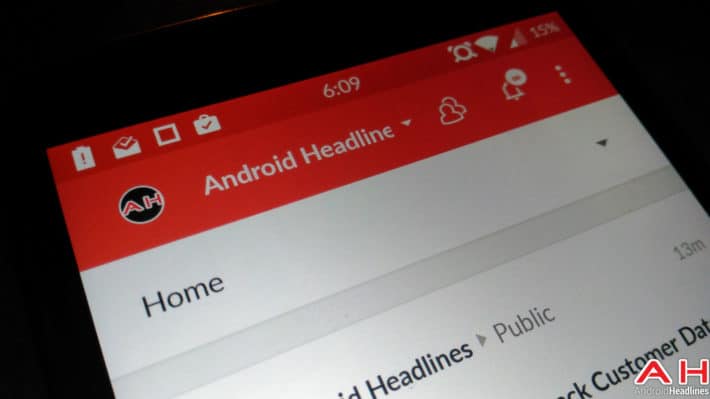 With yesterday being Wednesday, there were a number of notably Google announcements and updates landing. One of the bigger announcements was the release to the Play Store of the Google I/O 2015 app. As such, those who had chosen not to sideload the app when it was leaked a few days before could now install it directly from the Play Store. As well as the I/O app, there was also an update to Docs and Slides which saw better functionality when it comes to inputting and editing images for Docs and Slides from a mobile device. Lastly, it seems Google Fit also saw an update which resulted in improvements with its Android Wear compatibility.

Well, it seems they were not the only app updates landing from Google. To add to this week's list, Google+ seems to have received a small update. Now, this is not as notable as the other updates which have been seen this week and is certainly smaller than the update that landed earlier when the recently rumored Collections feature was finally unveiled and integrated. That said, there is one handy and notable feature which should be pointed out.

Prior to today, users having issues with Google+ or those just looking for more detailed information could hit up the Google+ help pages. However, heading to the pages from the app would redirect users to a browser located set of web pages. Now, in the latest update the help section for Google+ is accessible from within the app. In short, there is no more redirecting outside of the app. Of Course, in terms of functionality, this will not make any massive difference to most users on a daily basis. However, it should make the help section better and more integrated in future. Not to mention, provide a more seamless experience for those who do need the odd help or pointer. Either way, if you are in need of some Google+ guidance or information, then it now looks like you can find it without leaving the app. The update is currently in the process of rolling out and as such most users will already have access to the new feature. To check if you do, hit the Google+ hamburger menu in the top right corner of the Google+ app and click on the help tab. If the update has reached you, you will  see the new look help section. The image below shows the difference in presentation between the previous and current versions with the updated version shown in the image on the left. 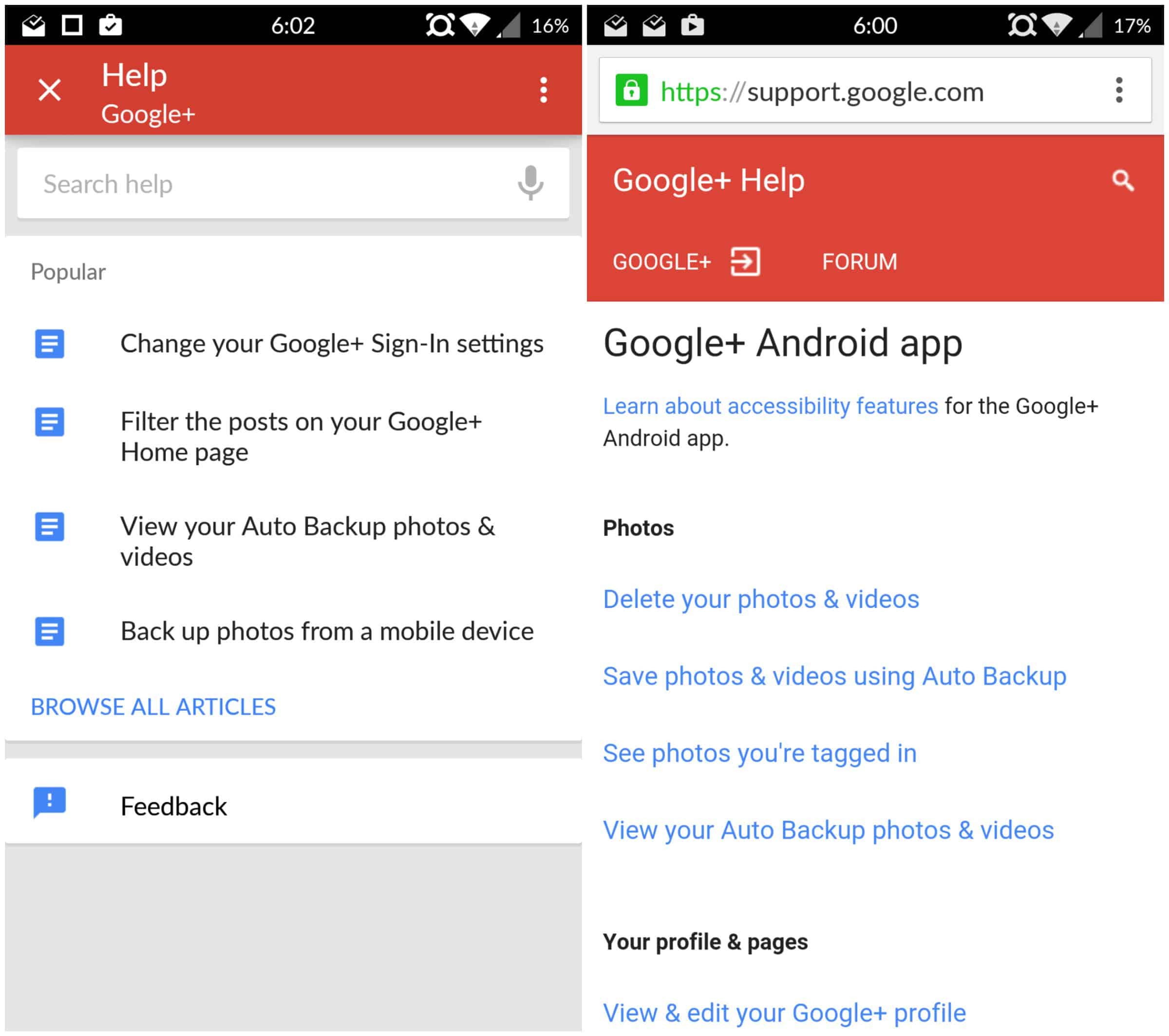