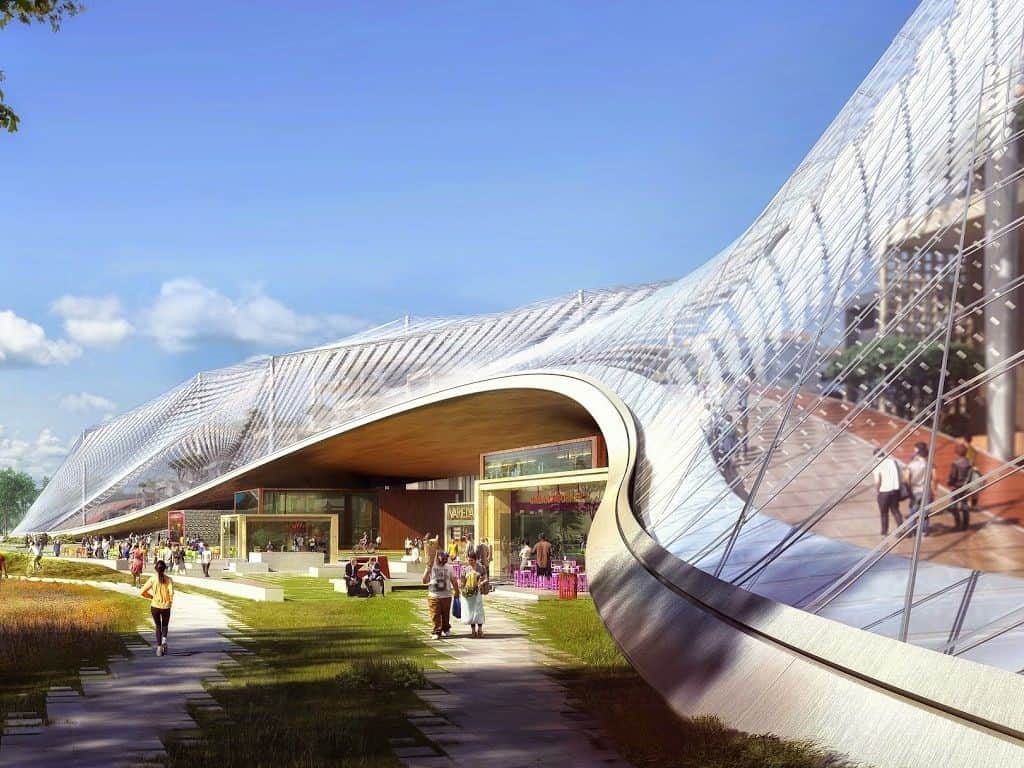 Google got the attention of the press in a big way earlier this year when the company announced and detailed enormous plans for a completely new campus in Mountain View. The plans for the new campus showed very futuristic-looking buildings which were mostly made of glass. The glass would actually breathe and allow air into the buildings while still providing protection from the elements. Google's idea for a crazy new futuristic campus sounds pretty amazing, right? Well, the folks over at LinkedIn didn't seem to think so.

Google submitted their plans for the new campus to Mountain View to see if they could get the proper permissions to initiate the build. Unfortunately, around the same time LinkedIn also submitted plans for new buildings in almost exactly the same area. As you can probably guess, LinkedIn decided to go with the much simpler choice than Google, probably because they would rather have more typical buildings as opposed to Google's futuristic, glass mesh buildings. It could also have something to do with Google wanting their new buildings to be constructed from essentially robots that Google calls "crabots." But, despite all of this, Google didn't lose all of their proposed building space to LinkedIn. The search giant was granted 18.6 acres of land that they could build upon.

Google plans on taking the 18.6 acres of land that was allotted to them and construct a new headquarters on it. Said new headquarters, would contain both office and commercial space. It would also be topped off with a translucent dome and come in at 595,000 square-feet. This headquarters building will still follow Google's futuristic design guidelines that the previously planned campus did. And yes, it will still be designed by European architects. The location at which Google's new headquarters will be constructed is Charlestown park and in fact, overlooks the park. However, Google still had to submit their building plans to the city for permission to build. This could cause a snag for Google, but, fortunately, the plans are expected to pass. Now all anybody can do is sit back and see what the city thinks of Google's new headquarters plans.