Google announced their new Google Photos app this morning during the I/O 2015 keynote speech, and along with the awesome new features heading out to users, Google also unveiled that they would be giving users of Google Photos unlimited storage of pictures and videos completely free. That's a huge announcement when you take into consideration what it costs for comparable service which allow at max 1TB of photo storage space. Take Apple's iCloud storage for example, which would cost users $240 a year, so that's an annual recurring fee to continue storing photos and videos. iCloud is the most expensive by far between the competition, with Flickr being the closest to what Google is offering, setting their price at only $25 a year for unlimited.

There are some differences of course people will want to pay attention to. Google Photos may allow unlimited storage, but it's only for photos and videos, with support for photos only up to 16MP and videos up to 1080p, where iCloud is basically for any type of file. Looking again back at Flickr, their unlimited storage is for photos only, but supports photos up to 200MP. If pictures or videos are above their designated limits within Google Photos, the files get compressed but Google states users don't have to worry about a loss in visual quality. Whether that is really noticeable by users will take some time for use with the app since it just launched.

The niche here for Google is that most people probably aren't going to be storing photos or videos above those quality limits within the Google Photos app often, as many devices are still working with 16M<P cameras and only a handful shoot video over 1080P resolution. Google also offers the Google Photos service to anyone on Android as well as desktop and iOS, so anyone with Windows or Mac computers or iPhones and iPad can use it, completely free, where Apple would be charging them an annual fee, not a cheap one at that.

On top of the benefits for storage amounts, Google has jam packed Photos with all kinds of cool features which users should find appealing. The touch-and-drag-to-select-all functionality is being touted as something which will make sharing the best moments with family and friends that much easier, and faster as you won't have to sit and tap every single one. It doesn't stop there, as Google Photos also automatically groups everything together based on what it sees in each photo, so it knows where things need to be organized, and whether photos are categorized as people, places or things. The Assistant feature is another handy tool, basically the evolution of Auto-Awesome, which can edit and tweak your images to make them look their best without having to touch them yourselves. This also includes the capability to turn your photos into GIF images, collages, and short little movies, and should users want to edit stuff on their own they can. It can also tag people automatically and users can easily search for specific stuff they're looking for right from within the app as everything will be grouped accordingly. For those that plenty of pictures using their smartphones, and don't want to mess around with the hassles of organization, or editing, the new Google Photos app will be an excellent solution over other options. 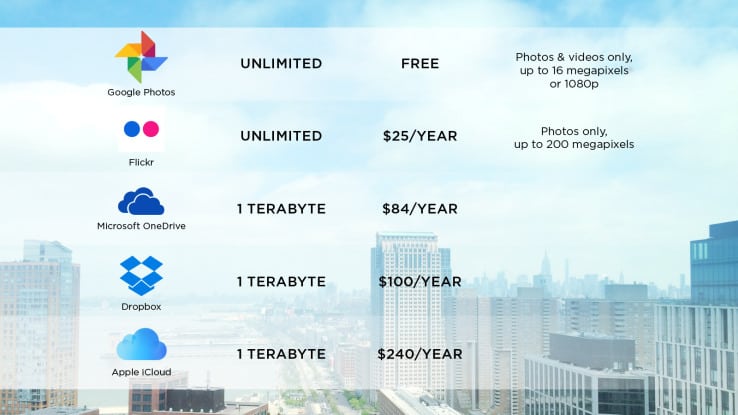