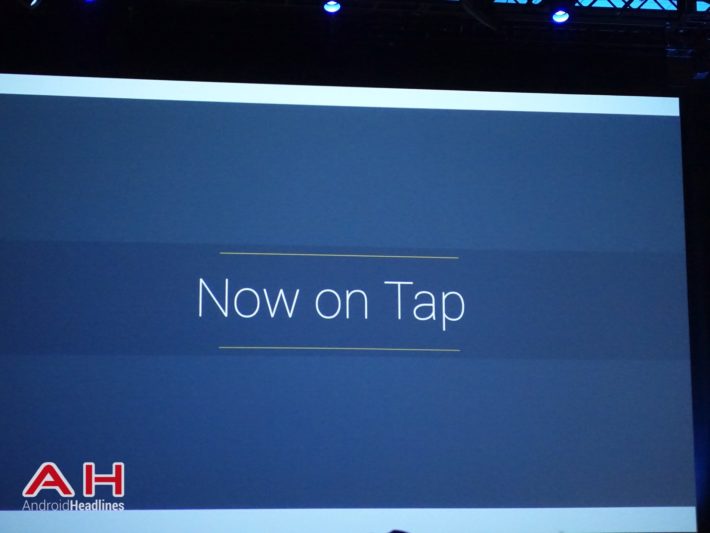 The news from I/O 2015 just keeps on coming, and you can follow along live here. Fans of Google Now will have a lot to celebrate later this year when Android M launches, as Google Now is getting a lot smarter later this year. While this was thought to be impossible by many, Google have figured out a way to make Now easier, more convenient and a whole lot smarter. They’re calling this Now on Tap, and it’s more like Project Butter was the first year that Google announced Google Now, than it is a new app. Think of this as an Android M exclusive bolstering for Google Now.

After announcing Project Brillo, Sundar Pichai handed the stage over to Aparna Chennapragada, head of the Google Now team. One of the focuses of Chennapragada’s talk on stage was context. We don’t always repeat the exact phrase, or ask Google Now exactly what we mean, and often ask things like “when is MY flight leaving”, “what time does IT open”. Right now, Google Now already does a little bit of this, if you ask Google what the weather is like and then ask it again something like “what about in Portland?” and it’ll repeat the search with Portland’s weather. Now on Tap takes this further, and brings context further into the equation. The example on stage was someone listening to Skrillex, and then asking “What’s his real name” and instantly, Google told the user Skrillex’s real name, rather than needing to be asked “What is Skrillex’s real name?”

In Android M, Google Now will get even smarter. On stage, Chennapragada got a text message from her husband, who forgot to pickup the dry cleaning and asks about dinner. By pressing the home button in Android M, Chennapragada’s device uses Now on Tap to disseminate this info and quickly set up a reminder to pickup that dry cleaning. She also went on to demonstrate Now on Tap inside of apps. When indexed by Google, an app’s information will be leveraged by Now on Tap to make thing’s even easier. 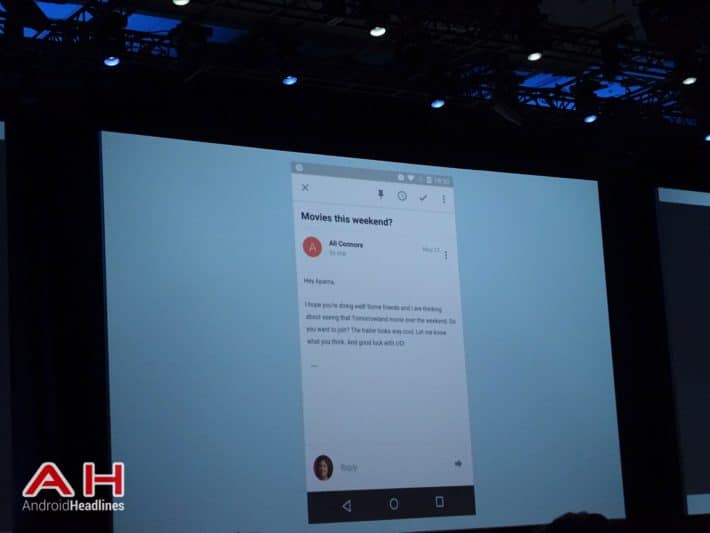 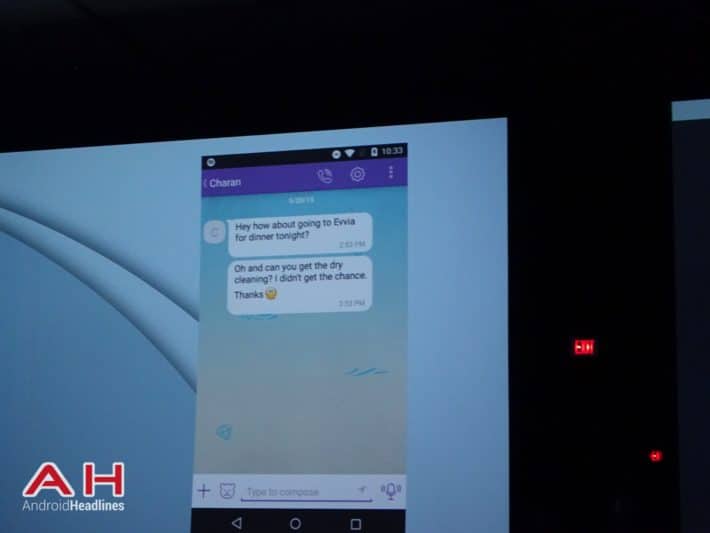 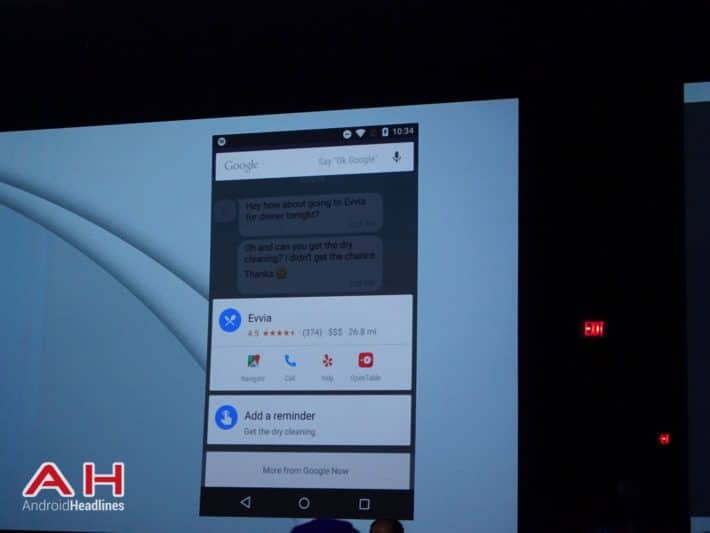 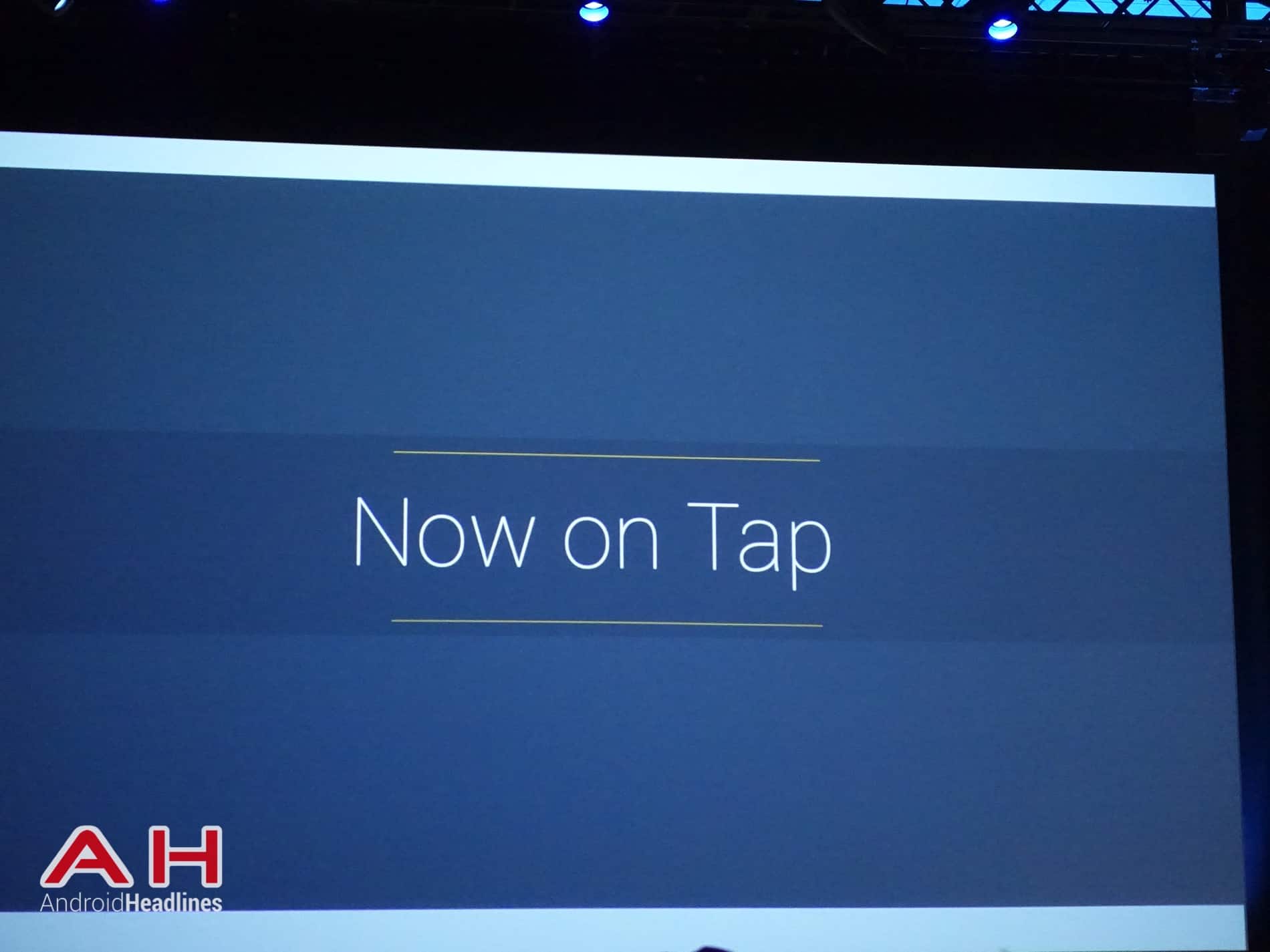 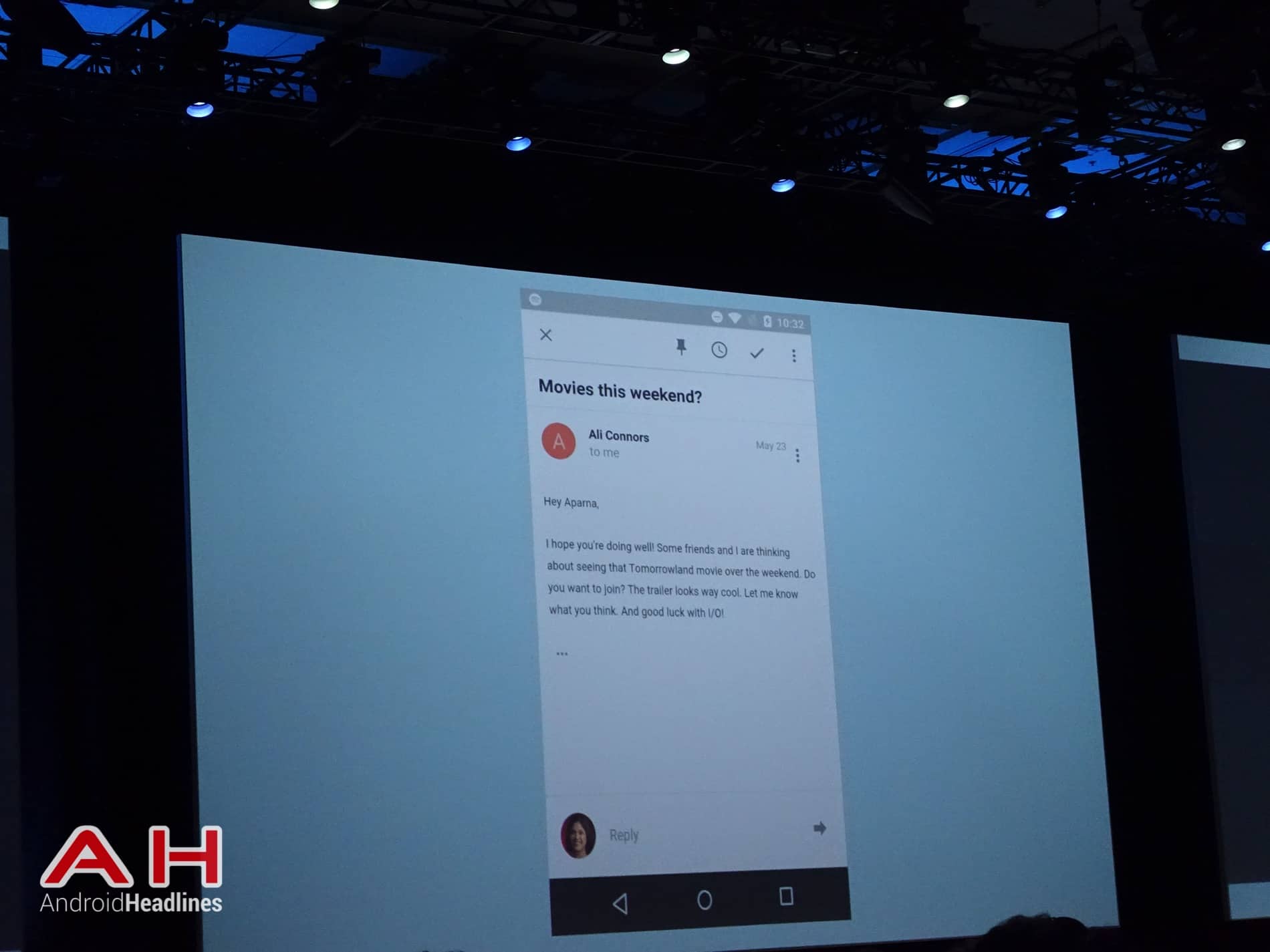 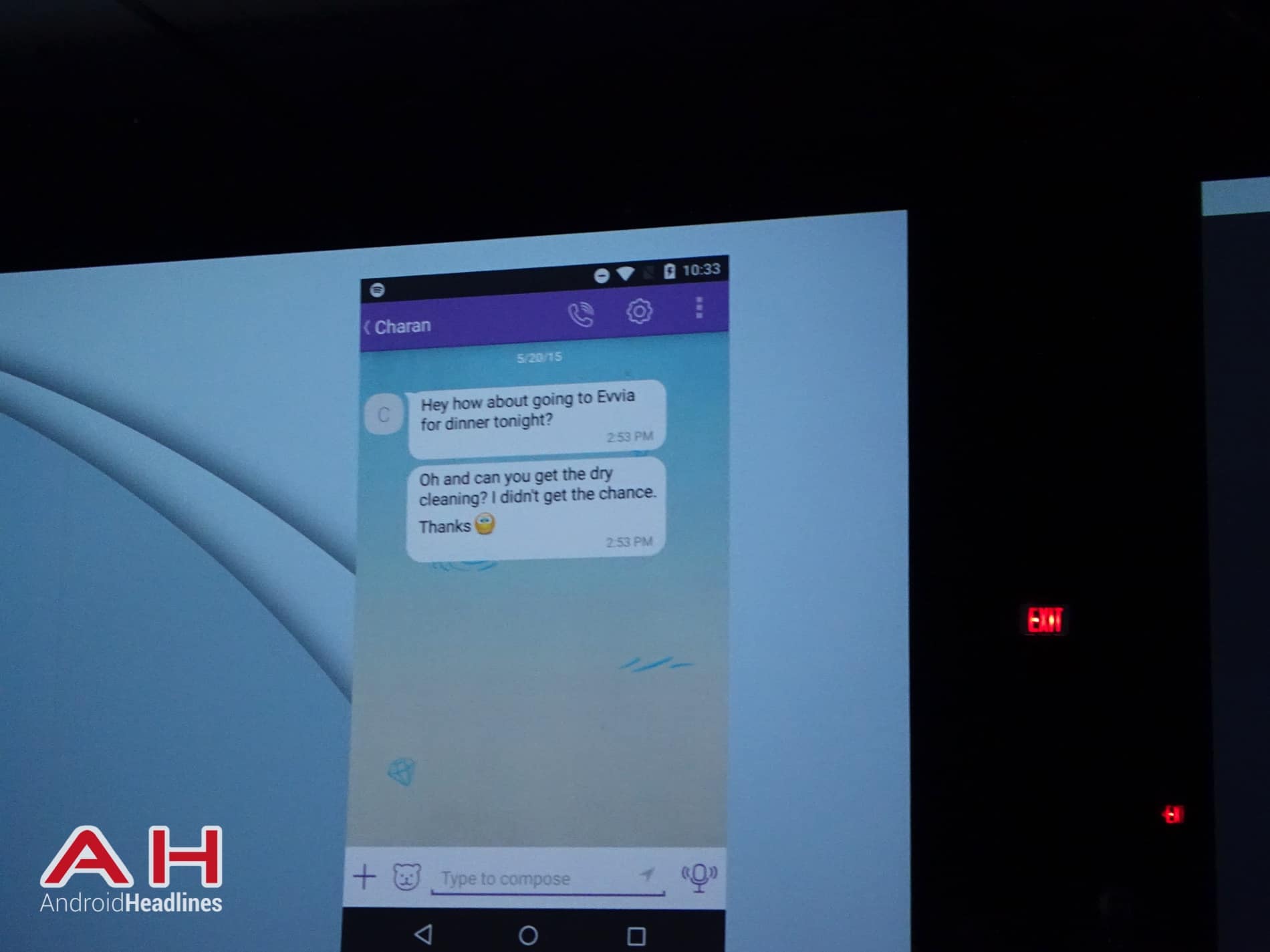 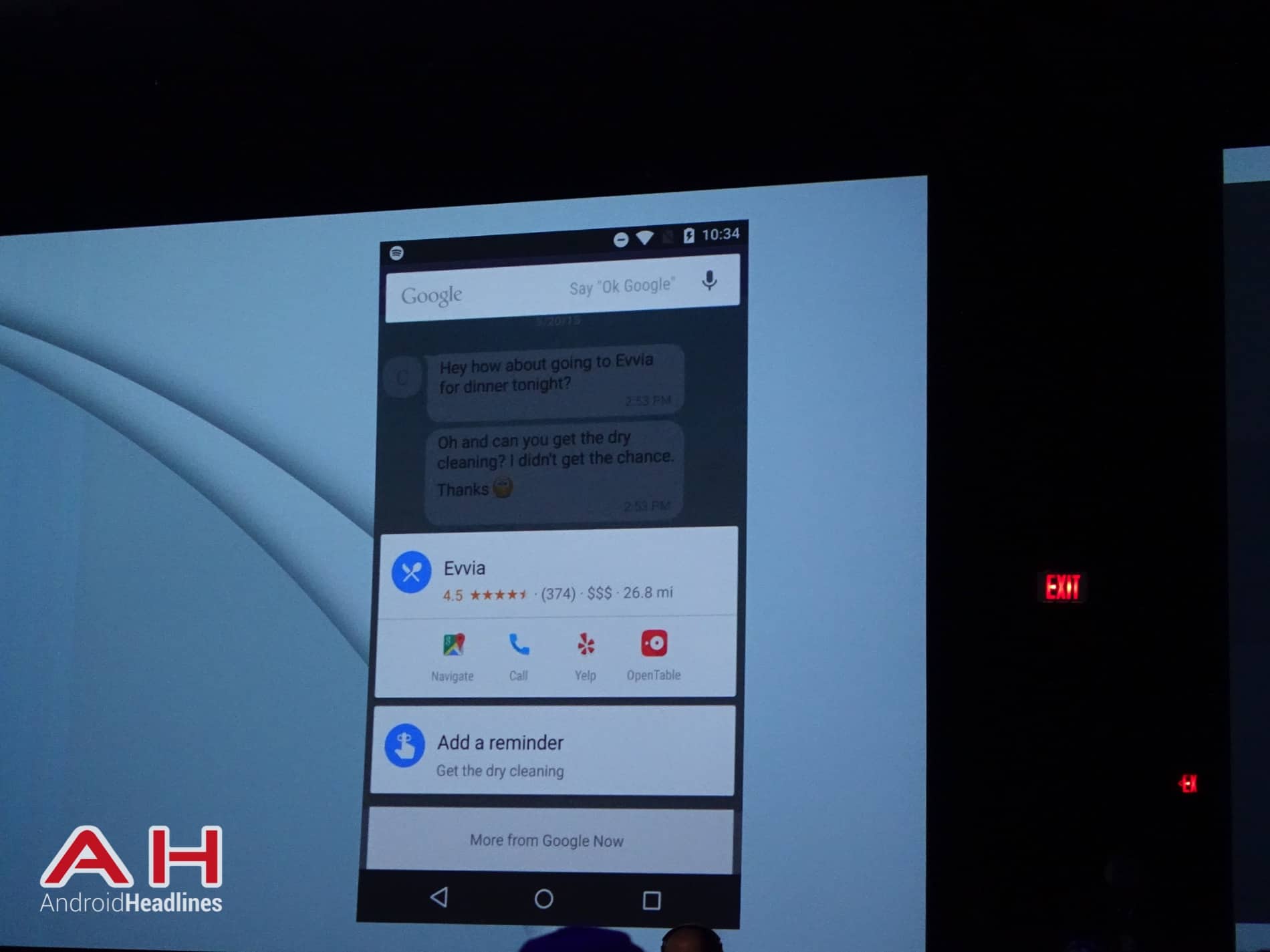