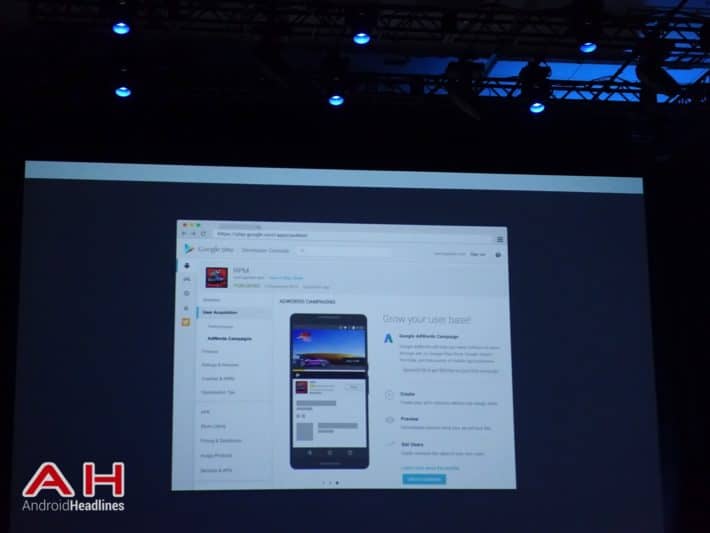 Google I/O 2015 just keeps on rolling, and while the keynote is always pretty long each year, there's always some good news in it. Part of the main focus of this year is for developers to Develop, Engage and Earn. Google I/O has always been about developers using new tools to develop even better apps and games. Considering that the Google Play Store has become a sizable source of revenue for Google, it's unsurprising that Google is doubling down on making the Play Store easier for developers to add apps and make money. Today, Jason Titus expanded on some new and interesting additions to better help developers on Android make money and create better apps.

Starting off with actually developing Android apps, Android Studio is getting smarter with the inclusion of full C and C++ support for those that prefer to work with the NDK, the Native Development Kit. That's not all though, as Google is making it easier to test Android apps. Even the biggest publishers and developers will only have a handful of devices to hand, so Cloud Testing from Google will take all the hard work out of finding testers by automatically testing your apps and games across the top 20 devices in each region. Cloud Test is a result of Google's acquisition of Appurify and will be coming "soon".

Where Google Play is concerned, Google is making big changes to the Google Play Developer Console, by offering even more analytics and also offer the ability to A/B different Play Store listings, with different graphics or tweaked descriptions. Google will then let you know which one was more successful in terms of installs and even revenue overall. Google Play will also be able to offer up Developer Pages starting soon, allowing developers and publishers a central identity within the store itself, rather than just a list of apps and games.