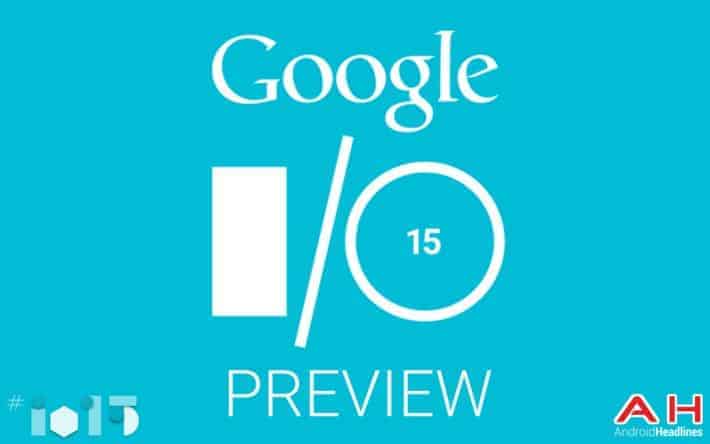 There is only a few days before Google’s annual android extravaganza takes place. Of course, by now speculation is mega rife as to what we can expect to see and in reality, this year is largely shaping up to be a mystery. There are a number of educated guesses we can make (and will below) but unlike last year, confirmed rumors (if there is such a thing) are much harder to come by. So let’s take a quick(ish) look at what is most likely to make an appearance. 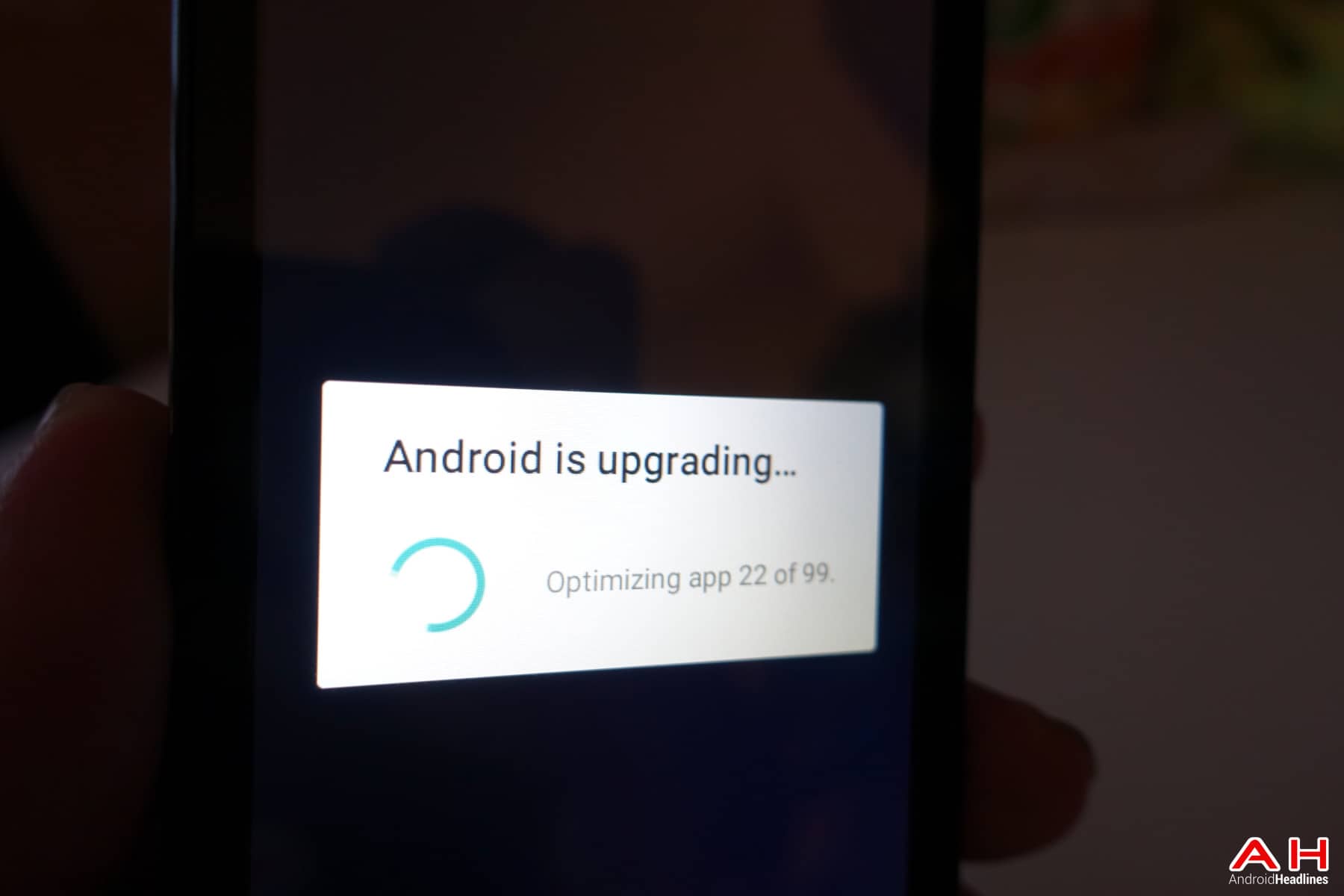 There is no escaping it. This is, as far as rumors go, likely to be the biggest on offer this year. Android L as it was known last year, stole many of the headlines due to its massive step away from KitKat and introduction of Material Design. As such, the thought of M appearing will be the biggest news expected from the event. However, the reality of M is not going to be as groundbreaking as L. It simply cannot be due to the massive change L brought and the expected lesser change that M is expected to bring. That said, M does look to be shaping up to be a more all-encompassing update. One which will be more unifying than even L was.

In terms of the speculation, all we do know is that Android for Work will play a big role. Not to mention, there has been very recent speculation that a new universal fingerprint feature is likely to be announced. This authentication measure seems to be some sort of master key authentication which will mass control all (compatible) apps and services. There was also a rumor or two suggesting Google is planning to unveil some sort of advanced permission control at this year’s event. Not to mention, there is a large expectation that Smart Lock will be seeing much higher levels of integration, with massive updates coming to Smart Lock in general. Therefore, when you take Android for Work, the fingerprint authentication, Smart Lock and advanced permissions all into consideration together, it seems certain overriding aspects of M start to emerge. M will be all about security and enterprise

Android Wear Gets Into Fitness 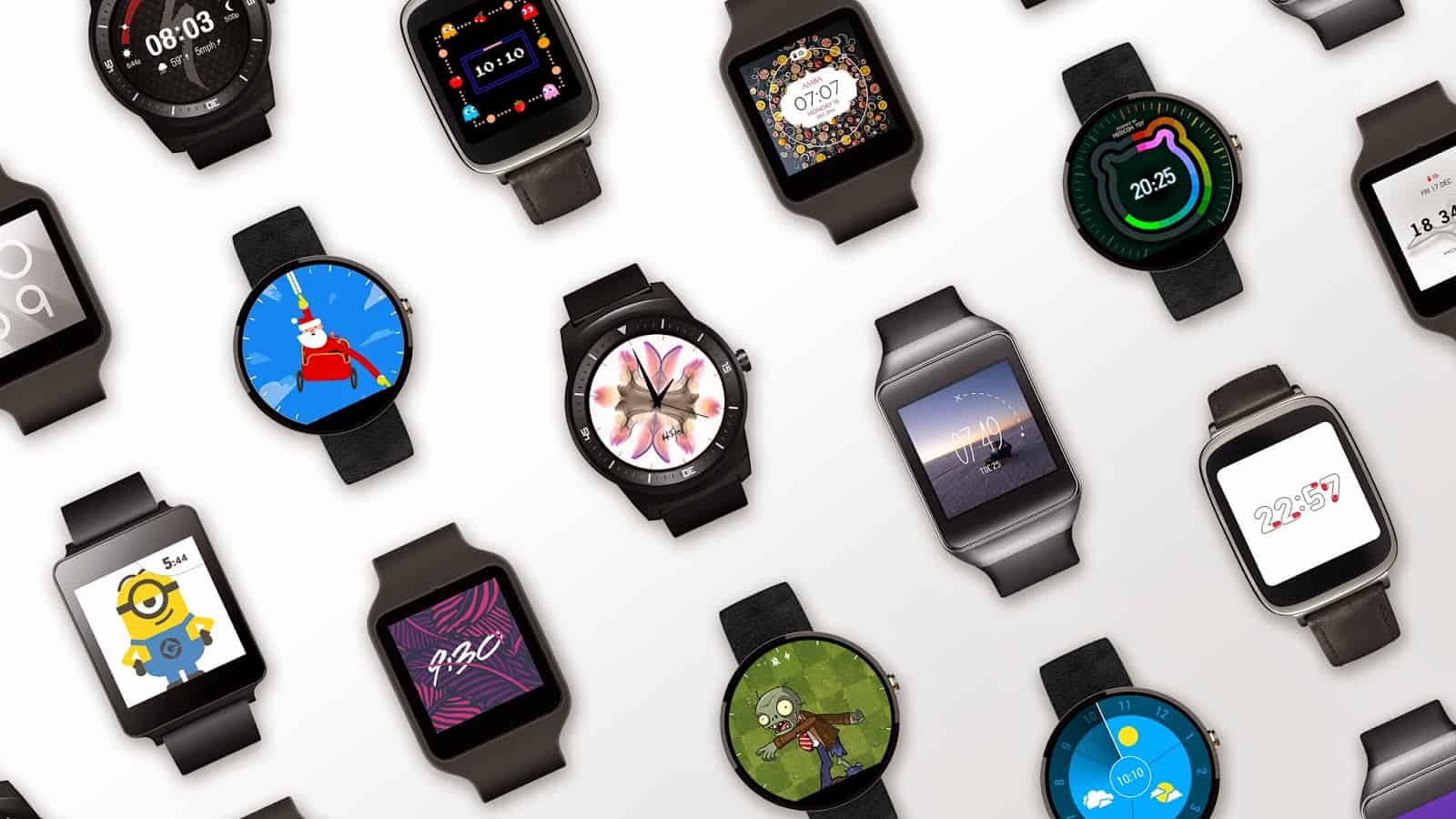 A number of new platforms arrived at last year’s event. However, one year on, it does seem that of the newer platforms and mediums, Wear seems to be the most advanced so far. It certainly is in terms of availability with both Android TV and Auto lacking significantly in this respect. As such, Wear (and wearables in general) will be big business this year. In fact, although this section is entitled Wear, it does seem that this year, this element will go far beyond Wear, but we will come to that.

In terms of Wear, there is likely to be a new update of some sort announced. Not to mention, there are rumors of a new wearable(s) hitting the event. This could be a new smartwatch, maybe the second generation Moto 360 or possibly a new expensive Tag Heuer watch (a Nexus Watch would be nice). However, there is also the likelihood of some sort of additional body wearables being unveiled. Remember that “blow your socks off” comment that was picked up on, in the I/O schedule a couple of weeks ago. So new wearables will certainly be on the agenda. Not to mention, there is also likely to be a keen emphasis on unity within the wearables segment of I/O and especially in terms of health and fitness. Therefore, you can expect Google Fit to be making a decent enough appearance. It is also worth considering it is likely Google will place focus on security and Android M, within wearable and Android Wear. M and Security are likely to be all encompassing elements at this year’s event and therefore, will likely penetrate other areas such as Wear as well. 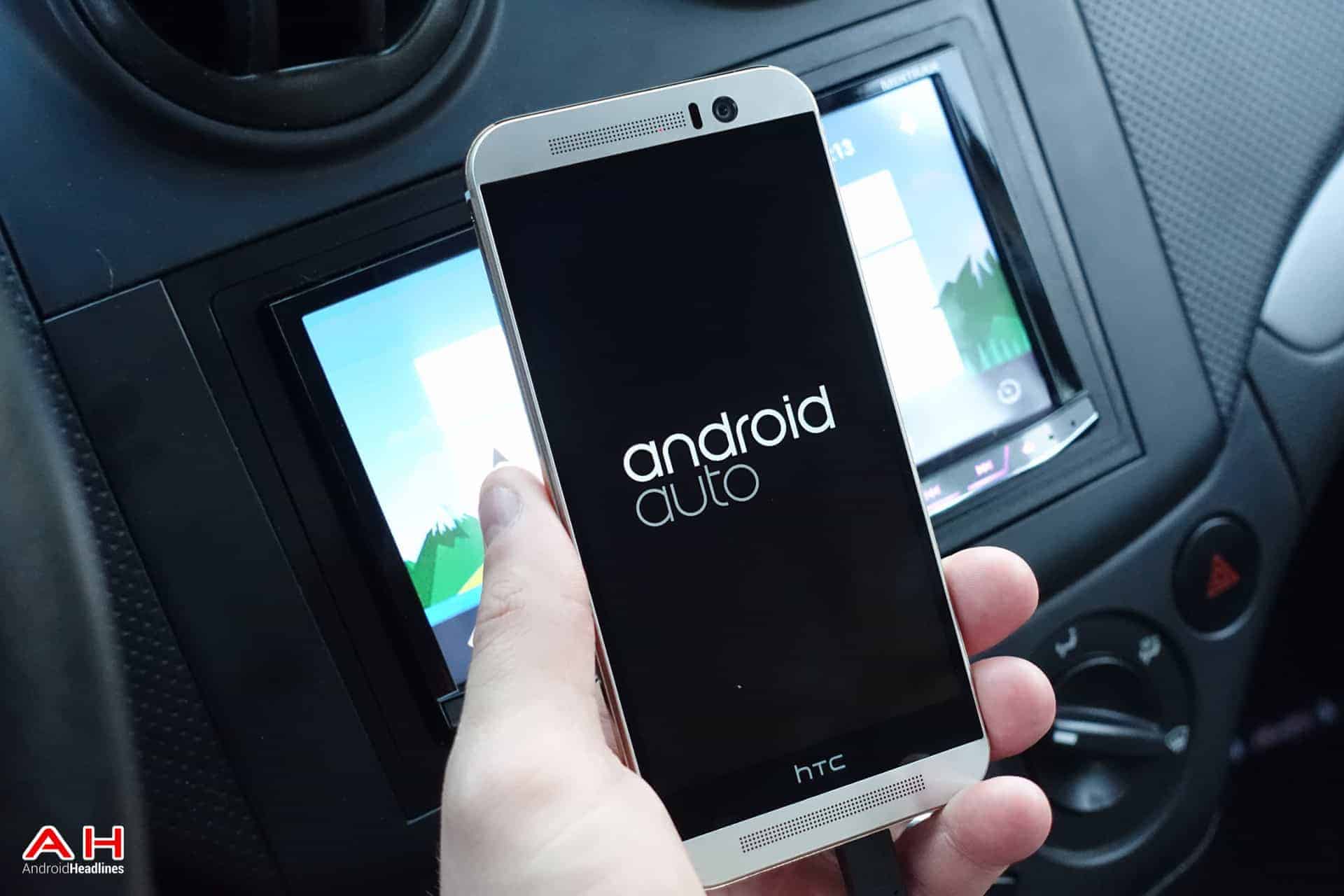 As mentioned, this is still largely an untapped area of android. To be fair, this is probably not due to Google wanting to push the platform forward, but instead much more likely to be due to the intricacies of the platform. Not to mention, the surety that Android Auto will work as needed. They are automobiles after all, and therefore, it’s more important to make sure this platform works correctly than one on a watch or a tablet. That said, a year on and chances are that this will be one of the areas in particular that will see the most growth at the event. In terms of what will be announced though, that remains much more of a mystery.

There is the possibility there will be a focus on built-in android Auto (in contrast to the units you can purchase and install yourself). Not to mention that once again, Android M is likely to make some sort of M integration within Android Auto this year. In fact, it is likely that a lot of the Android Auto news this year will focus on the development of the platform and maybe looking to help developers prepare their offerings and apps for the platform. 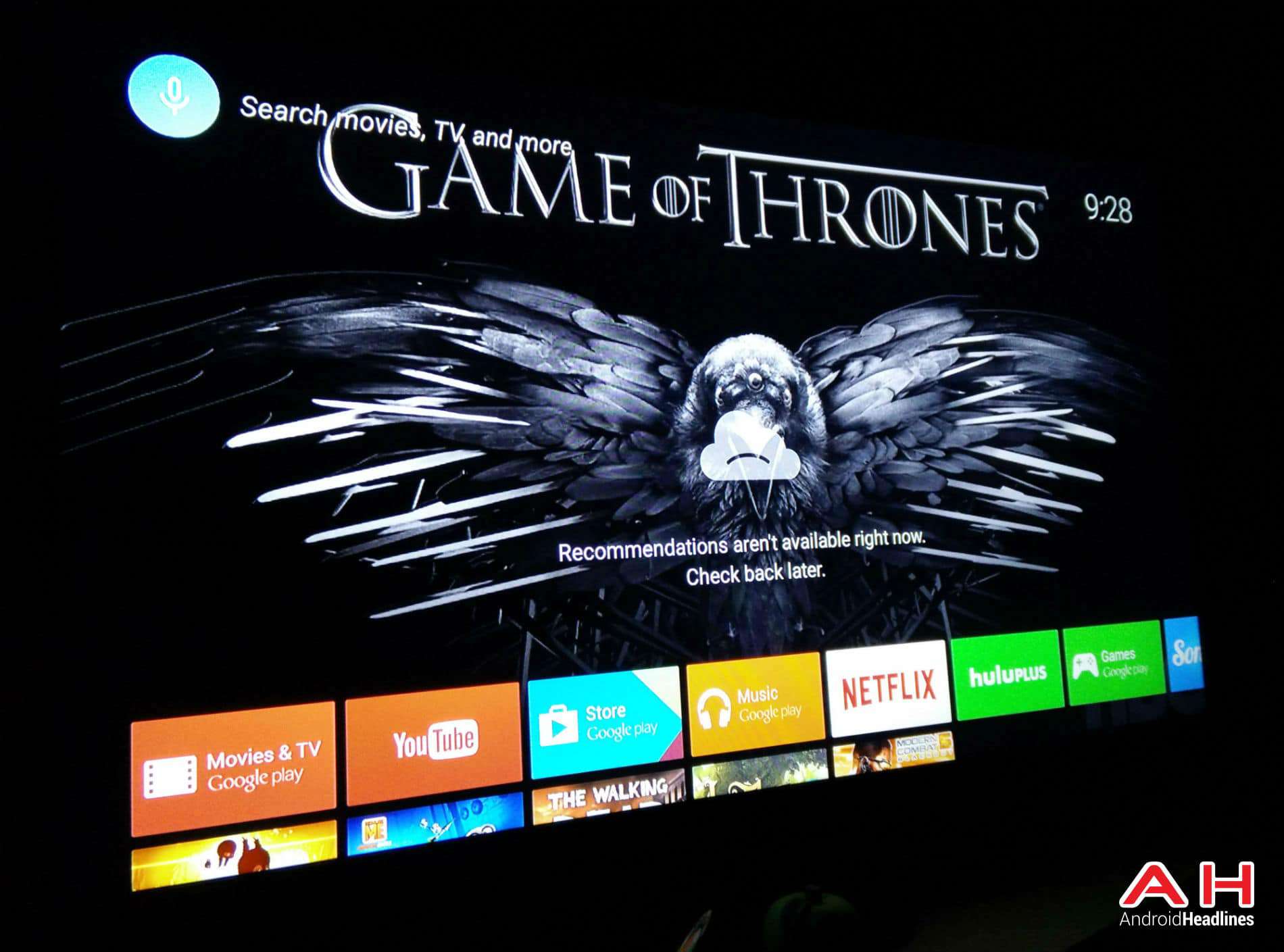 In truth, it is difficult to foresee any major announcements coming for Android TV this year. The platform is steadily rolling out and after CES this year, we already know what devices are going to come out running Android TV in 2015. With these already known devices still on their way, the platform is unlikely to see much change. However, it will see some refinement. Google will not want us to forget about the platform and therefore, time will be paid to Android TV. In fact, it is quite likely that the casting ability (aka Google Cast) will make much more of an impact at this year’s event and be touted much more in its own right. So we should expect a lot of Google Cast talk. It is also worth mentioning, that there may even be a few words spoken as to the crossover element between Android TV, Google Cast and Android Home. Not to mention, there is always the possibility of a second generation Chromecast en route. In fact, this might even be touted as more of an Android TV Stick?

Android Home and the IoT 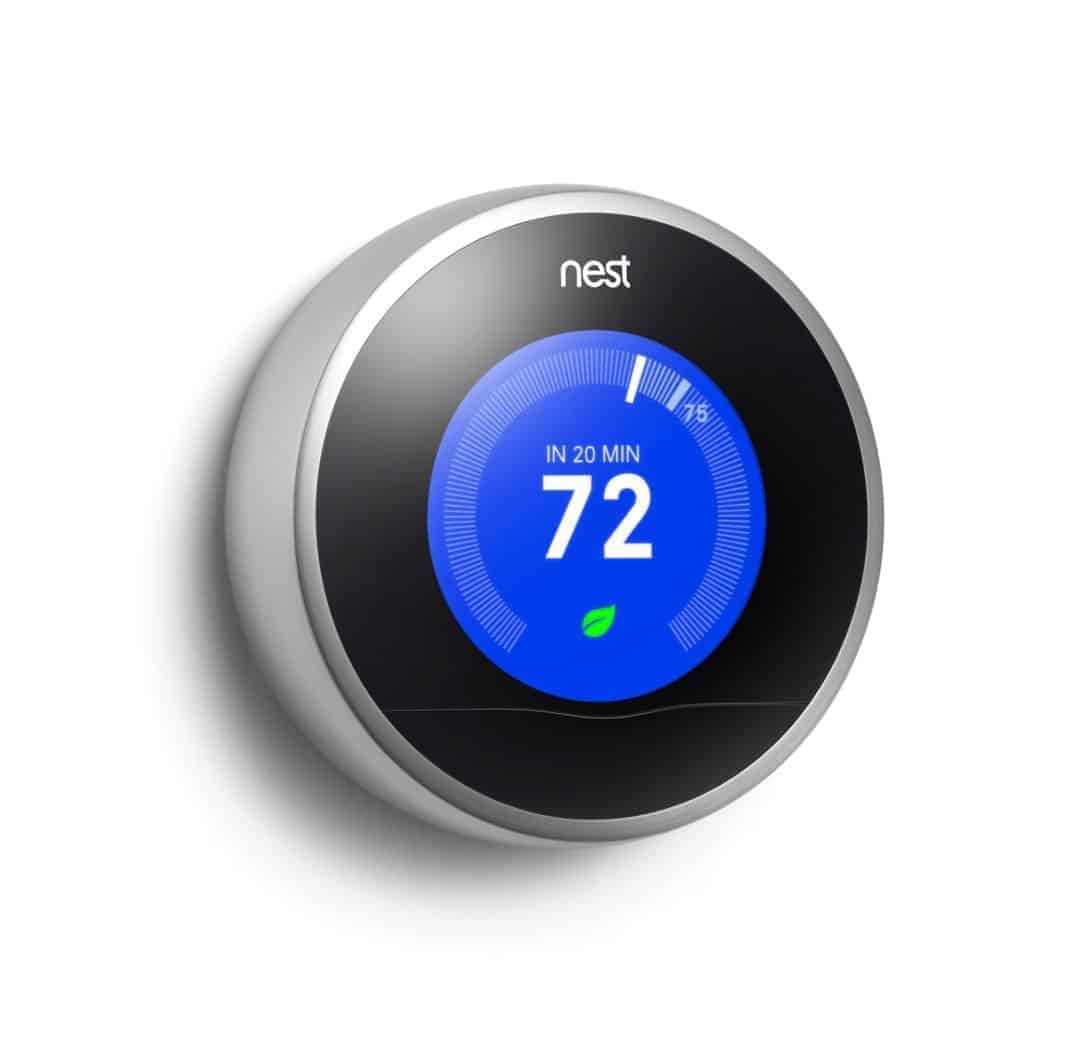 Now we have briefly looked at Auto, Wear, TV and M, it is time to take a quick look at what is likely to be a very big focus of this event. In spite of this name, Android Home, will relate to things outside of the home too. Android Home is largely expected to be the android platform which will dominate multiple cross-industry products in the future. In short, this will bridge the gap between your home smart products, your Wear and smart devices and maybe even your car. But Google’s take on the IoT will be a placemat product at this year’s event. This will be a very interesting announcement coming in this area due to the rumors which surfaced this week suggesting Google will unveil ‘Brillo’, which will be their unifying IoT platform. Details on Brillo are limited, although, the belief is that Brillo will be largely focused on smaller RAM-dependent electronics. Of course, there is also the possibility of Nest and Dropcam integration or announcements too. 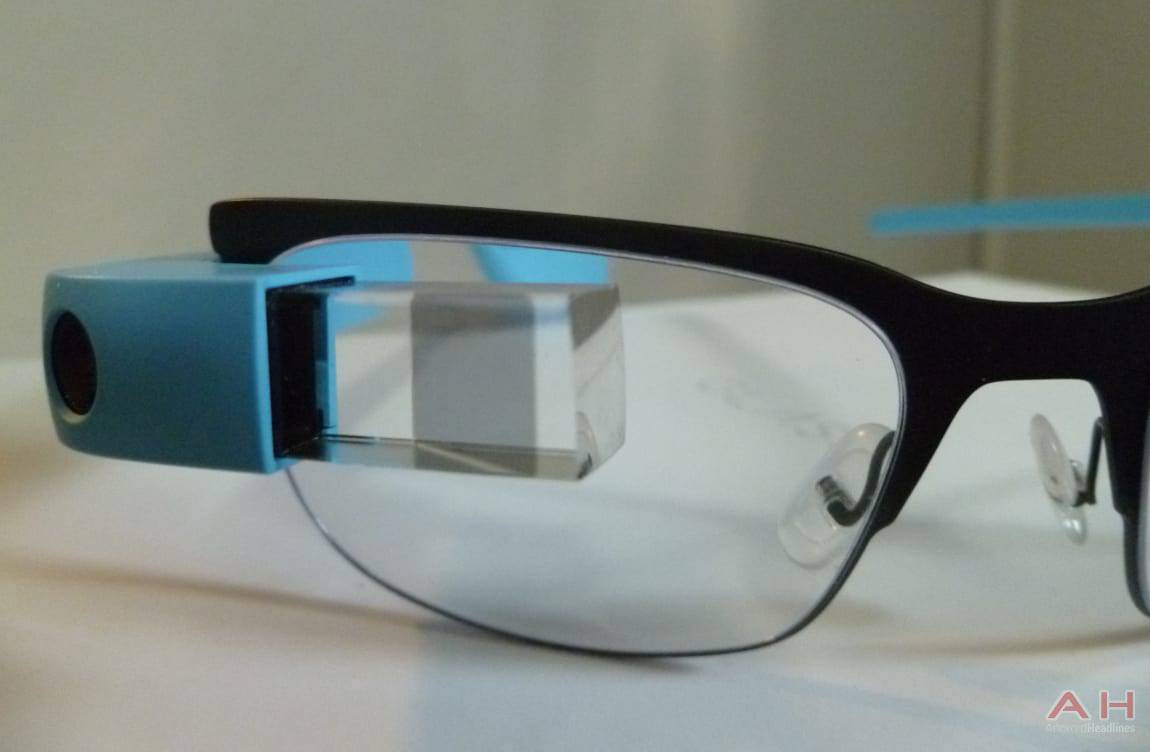 Although, this could easily (and maybe should) be included under wearables, Glass does seem to be an element onto itself and is likely to be highlighted during I/O in this manner. Glass will likely make an appearance. This is, of course, Glass 2.0. It is pretty widely been reported that the second generation glass is being prepared for launch. In fact, there was even hints recently the Glass team are already thinking about Glass 3.0. Therefore, Glass 2 is likely to turn up. As to what it will entail? Most likely a redesign in shape, possible movement of sensor or camera (or both) and maybe even eye tracking installed. 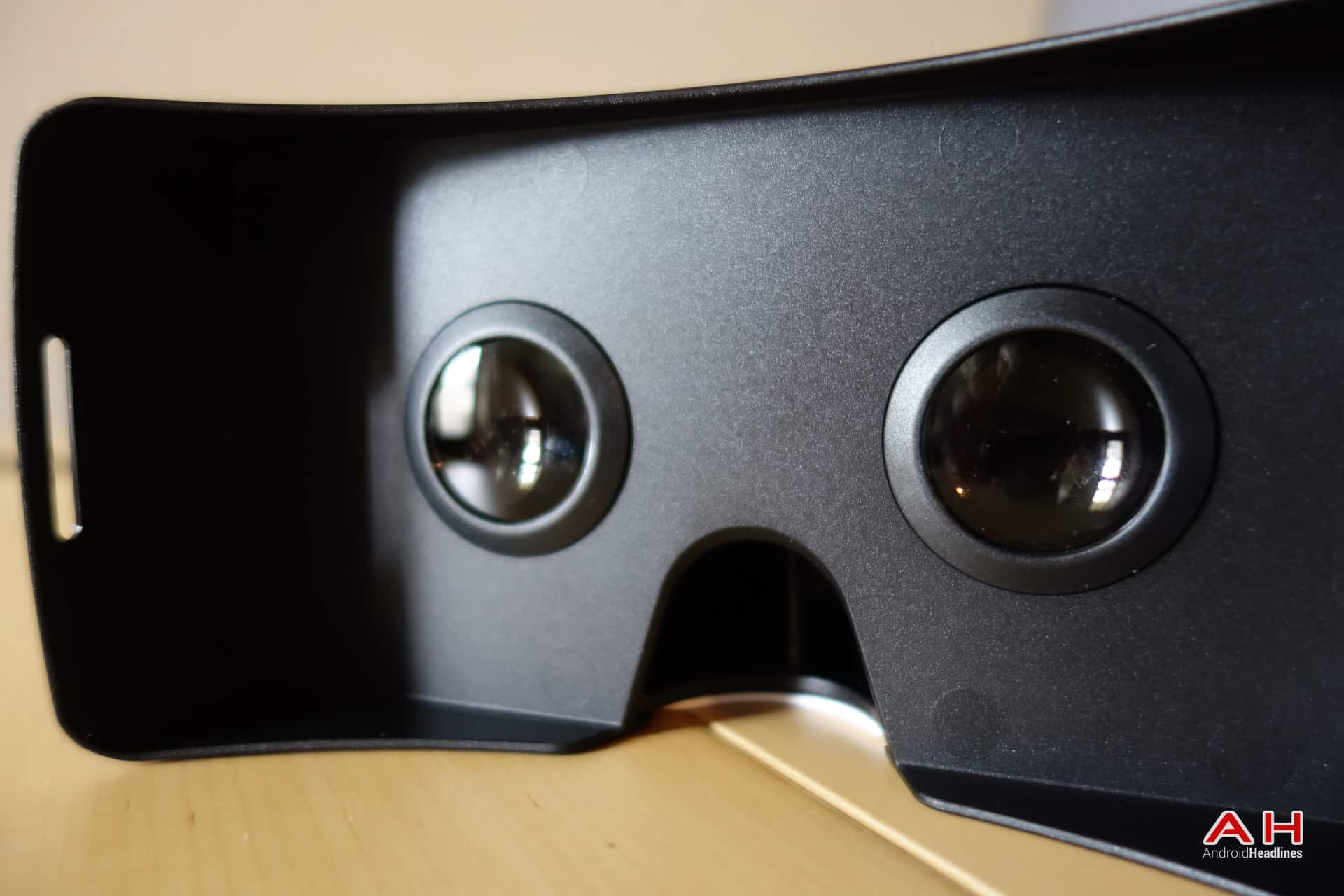 Virtual Reality (VR) is one of the big buzzwords over the last year and you can be sure Google will have noticed it ranking high on their search results. Therefore, VR should be expected to make a massive appearance. There will likely be an upgraded Cardboard in the works and therefore, it should not come as too much of a surprise if it does make an appearance. However, what is far more interesting and will certainly be the big talk in terms of VR, is the rumors which surfaced not long ago regarding Google working on a unifying VR platform. In a similar way to how Wear works across smartwatches, the belief is Google will be releasing a platform to work across VR units. At least, those from manufacturers who sign up to the platform. 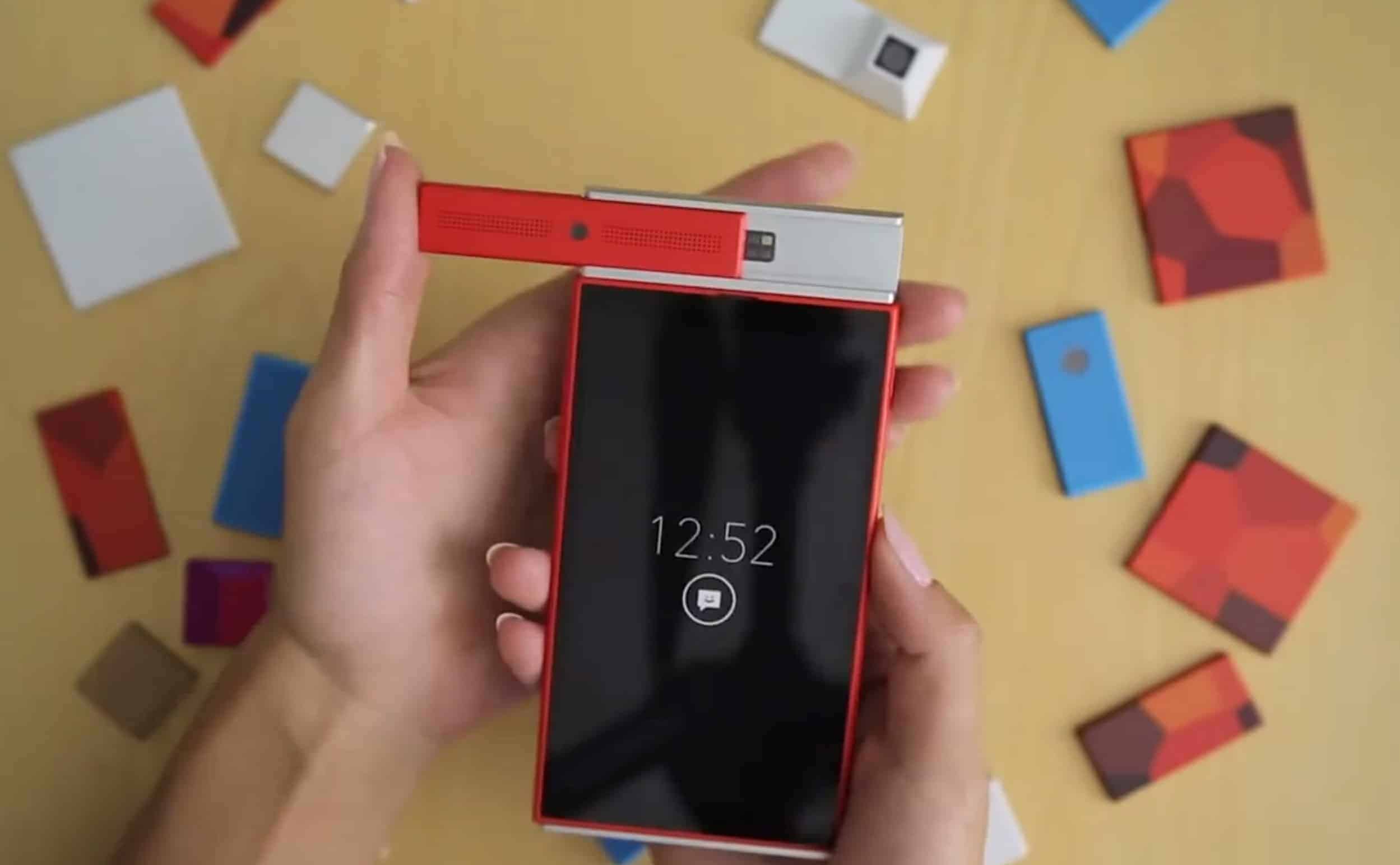 ATAP is likely to make an appearance although how impacting or meaningful the appearance remains to be seen. In terms of ATAP, the likely suspects to show up will be Project Ara and Project Tango. In terms of Ara, this is certainly likely to only make a cameo at best. Ara does have its own channels of announcements now, in the form of their routine developer conferences and therefore, any bigger surprises or announcements will likely come from there. Tango is more likely to make a more substantial appearance, however, Tango still seems to be quite young and certainly not ready yet for public consumption. Therefore, expect updates on Ara and Tango and that will be about all. 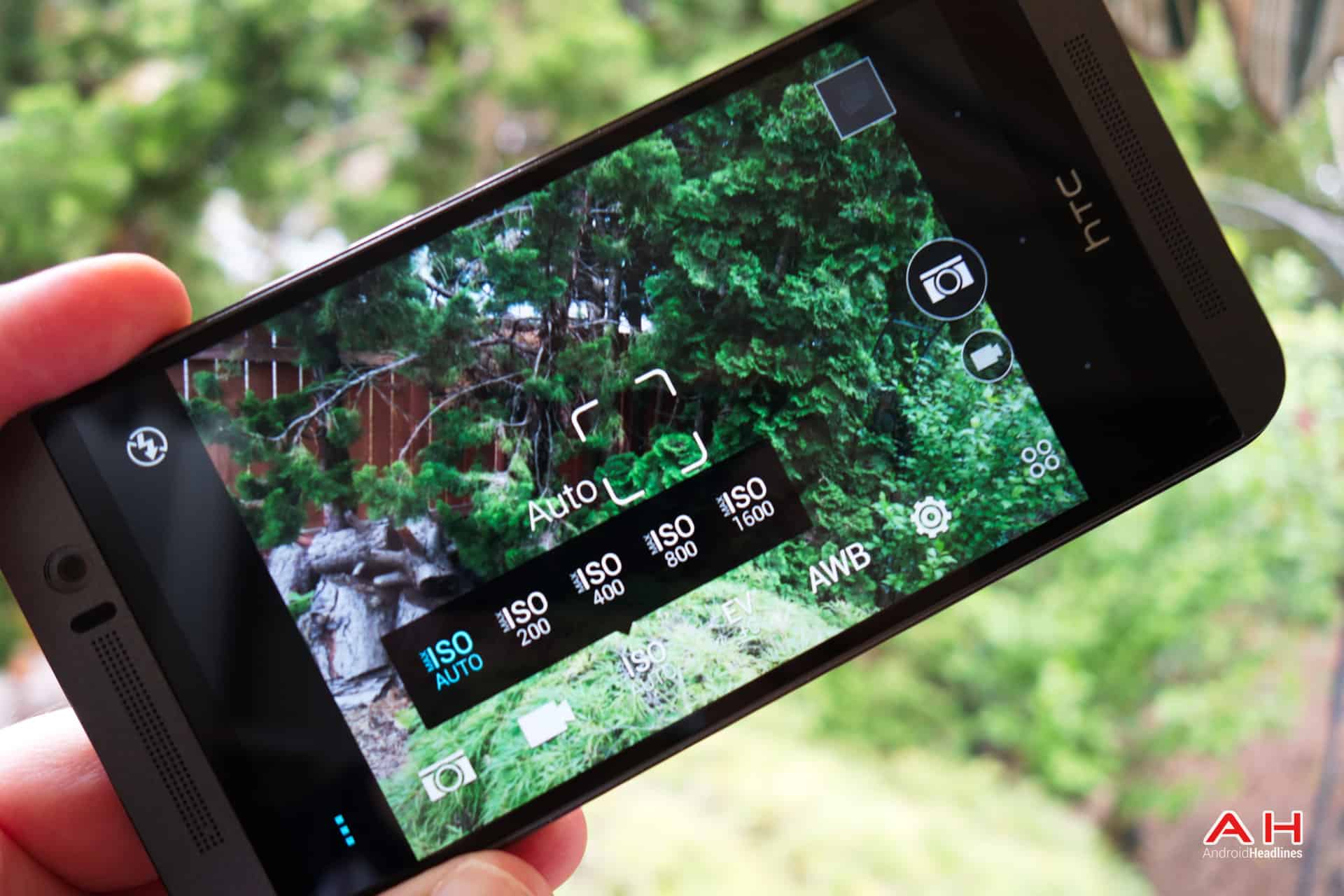 Forgive the wordplay in the title here, but it does sum up one of the rumors, which if true, will be big news at I/O 2015. Google is reportedly working on a new photo service which will be unveiled at this year’s event. Very little is known about this, except that it is seen as a step away from Google+. Whether this is, remains to be seen, but expect big talk on photos from Google this year. 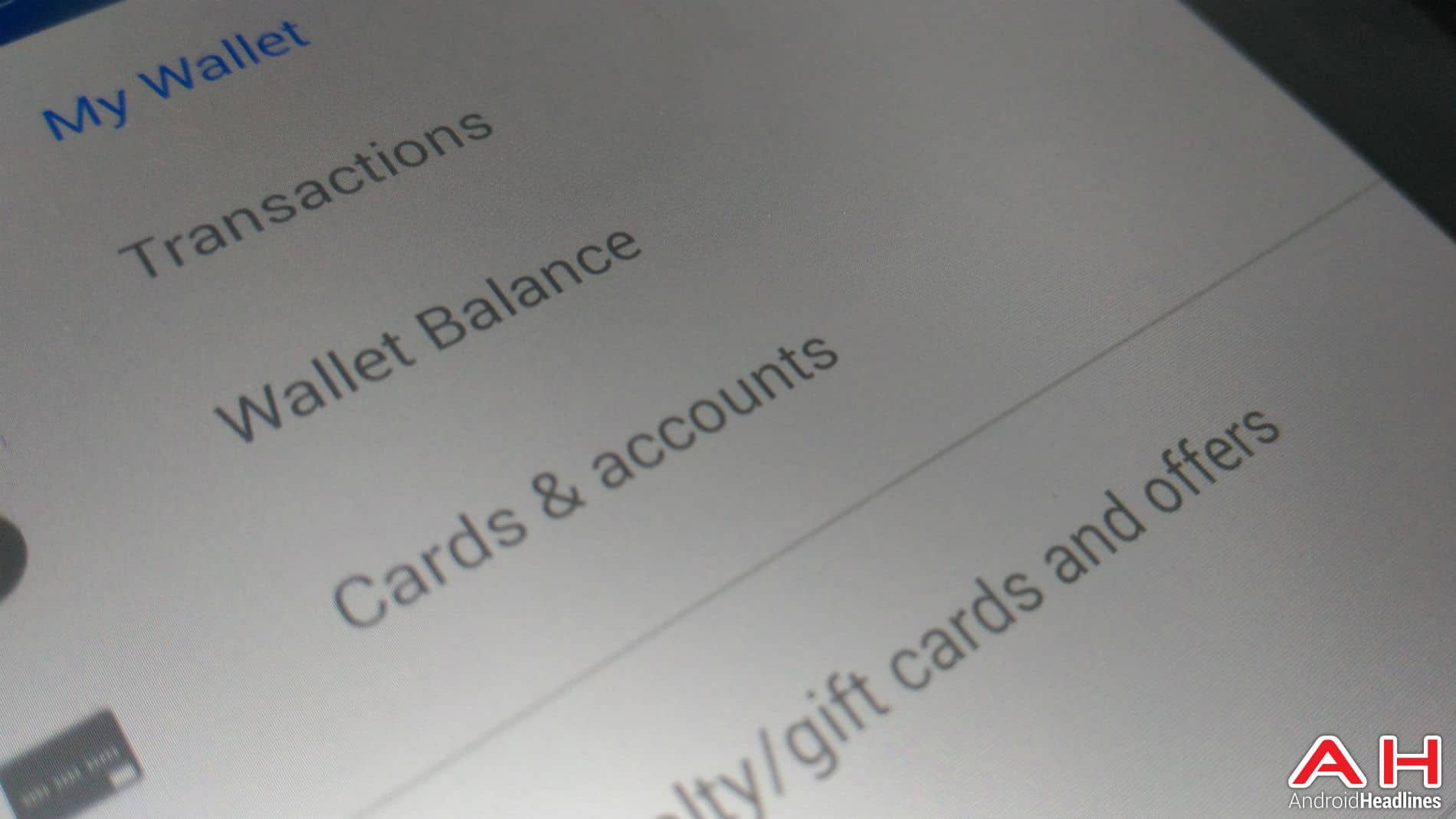 This is also likely to be a certainty to make an appearance. There has been a number of headlines in recent times about how Wallet has failed and Apple Pay is the word. However, there has equally been a number of reports about a reenvisioning of Google Wallet and also a number of Android Pay reports, both suggesting that Google have come together with a number of manufacturers, carriers and retailers to bring a unifying approach to how you use your android device to pay for goods. So keep an eye out for this one for sure. 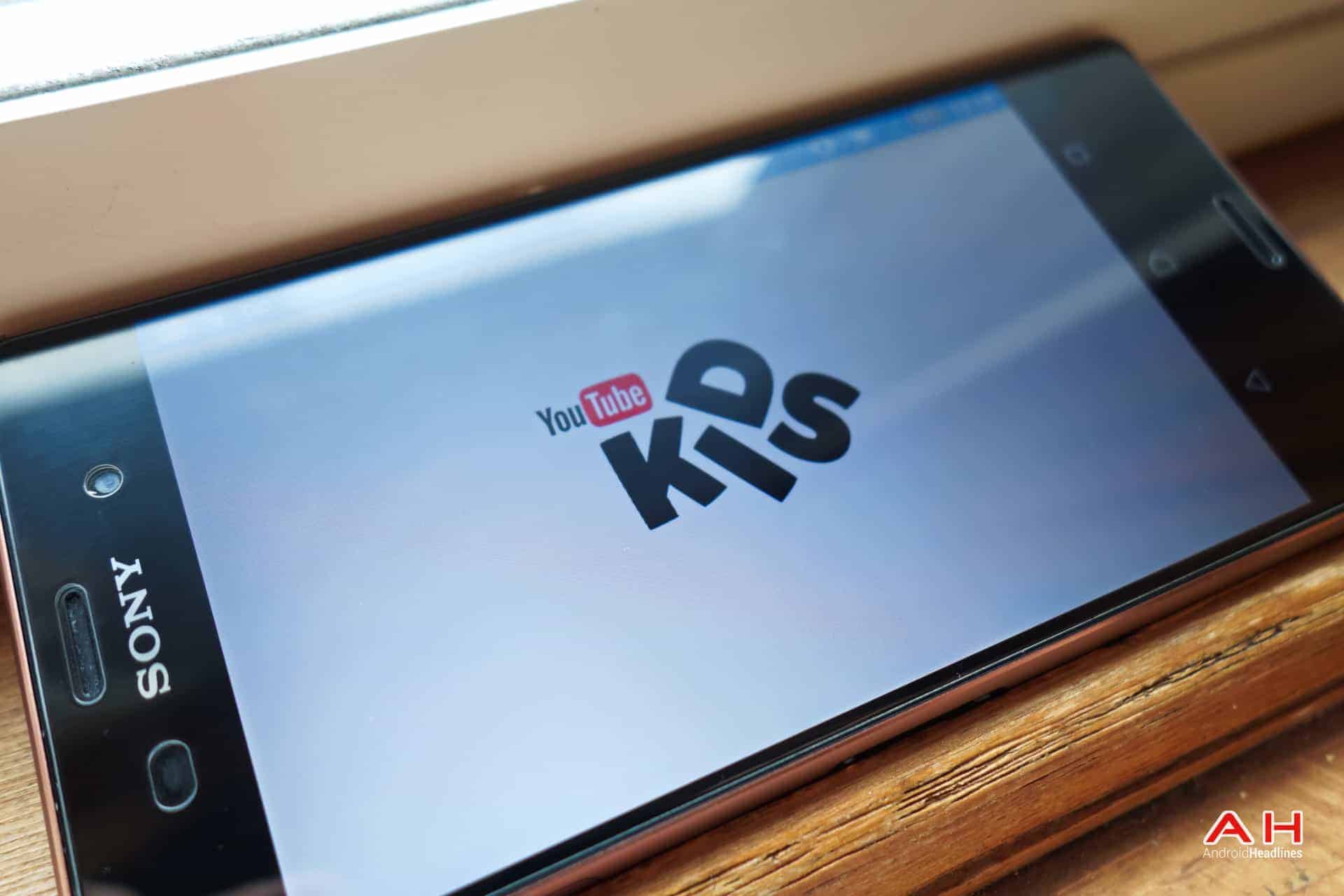 Like Education, like Work, Google seems to be interested recently in bringing a more kid-focused version of Android to the masses. Which for obvious reasons is a winner for all. There have already been a few reports in recent months on kid-friendly tablets, as well as a kid-friendly YouTube, and by the same token, expect to see some more kid-friendly android news. This again, is also likely to play into the overriding ‘security’ theme which keeps seeming to emerge for this year.

…this is only a roundup and looks to cover most of the things that are expected to make an appearance. They all might, and then again, they all might not show up on the day. The truth is that until the event takes place and Google announce what they announce, no-one knows for sure. However, it does seem that ‘security’ and ‘unifying’ are going to be important themes this year.