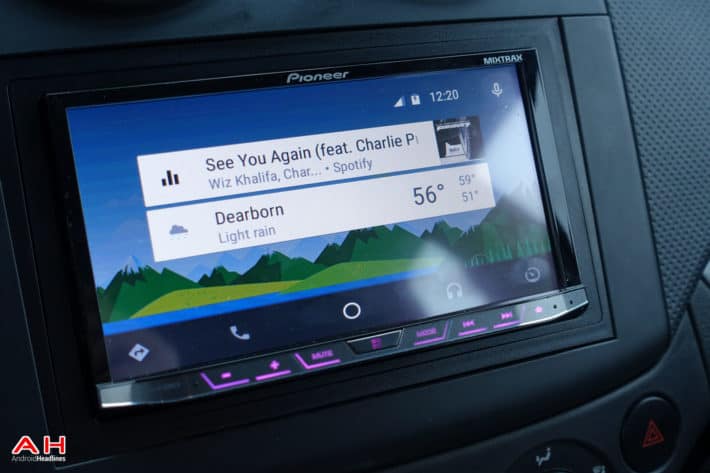 With Apple and Google steadily taking over more and more of our everyday lives, first by putting a smartphone in our pocket, then a bigger tablet, then a fancy watch around our wrists, to eventually slick laptops and Chromebooks on our desk, both companies are now pushing to take over another huge part of our lives; cars. From quotidian commuters to sunny-day joyriders, all drivers have a central thing in common; they probably own a smartphone. Where many car manufacturers originally produced their own cars' in-dash electronics, Apple and Google are now slowly taking over that industry too.

Initially we were awed by Google's self driving cars, and we've been intrigued by rumors of an Apple car. Though Google is making solid progress, and Apple will probably have something exciting up its sleeve for the near future, the push for in-dash software is greatly felt in the present. With Apple boasting CarPlay and Google having Android Auto, the two mega companies are scaring the auto market into believing the car of the future will be a smartphone on wheels. When Tesla unveiled its state of the art Model S, it quickly became known how convenient and useful it is to have a massive tablet that has almost nearly the same functionality as your smartphone.

With proof that the concept is highly lucrative, Apple and Google have been striving to introduce their software in cars. Android Auto now allows users to effortlessly and safely, make calls from their phone, reply to texts, browse their phone's music library, and even use Google Maps for navigation. And all that sounds great, but the problem now arises as to what entity car makers will chose. "We want to make sure you are not pushed into a decision on a $40,000 car based on your $200 smartphone" said Ford's CTO Raj Nair. That is why Ford is one of the first companies to allow users to choose for themselves rather than committing to a single side which could cost them clients. In Ford's new cars, their Sync 3 software lies within the core, and drivers can opt for CarPlay or Android Auto.

Although the 'threat' is real, automotive manufacturers can rest assured when they look back at the bold claims Apple and Google have made. Both have set their sights on taking over car dashboards by 2014, but other than Ferrari moving forward with CarPlay, not much viable progress has taken place. Wether our cars will become smartphones on wheels in the future, only time will tell. But for the time being, car companies will continue to have the upper hand in their line of business.