Over the last few months, there has been a number of changes being noted with Google’s primary service, Google Search. Some of these seemed more novel than you would expect, like setting an alarm on your smartphone from your desktop. However, others seem to be far more functional like being able to order food directly from Search or send directions from Search to your mobile. Either way, whether you find a use for any of the recently announced features, the one thing that remains clear is that Google has been on a massive push to make Search far more integrated with other services and features.

Well, another long reported on feature which was set to be (re)integrated with Google Search was tweets from Twitter. In fact, back in February of this year, came the latest reports suggesting that Google and Twitter had inked a deal to bring tweet results back to Google Search. This is, of course, on the back of the previous deal coming to an end back in 2011. Either way, the news was met with general approval from those who were looking forward to being able to search one of the most widely used social media platforms within one of the most widely used browsers. Of course, at the time though, the details of the deal were limited with no real information provided on when the service was likely to go live.

Well, it now seems that the time has come as Google has today announced that tweets have found their way back into Search. According to the Google blog (source link below) the tweets will begin to be visible in Search results starting today. However, the announcement also does dictate that the roll out of the service will first begin with the Google app and mobile browsers. This will then, in due course, be followed by the desktop version and other languages. If you are interested in knowing more or reading the Google announcement in full then you can by clicking the source link below. Alternatively, just head over to the Google app (or mobile browser) search for any keyword along with Twitter and you should see the results coming through soon enough. 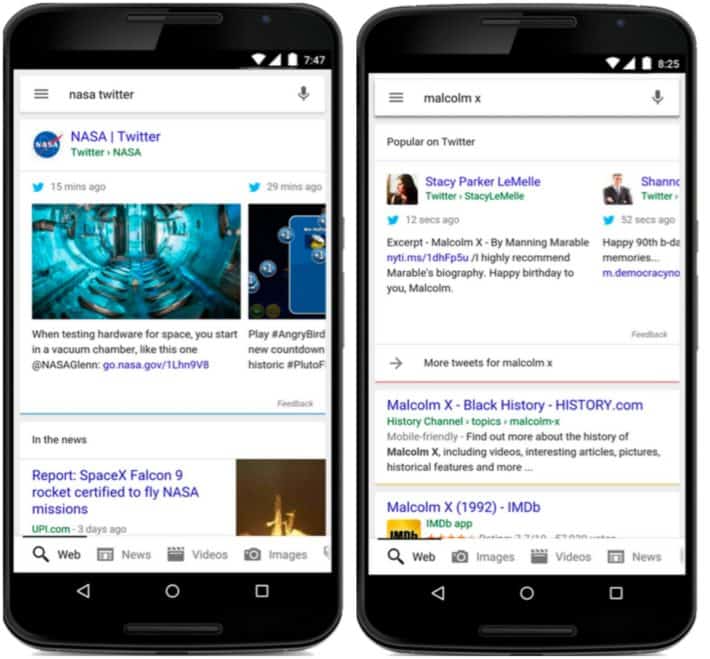