If you have managed to miss what day it is today, then as a quick heads up, it is Wednesday. That means two things. Firstly, it is now officially mid-week. Secondly, it is Google day. As such, and typical of Wednesday's, Google has already been busy making their announcements. Of course, today's announcements have been a little different so far, as today Google unveiled the upcoming schedule for this year's I/O event. Although, the schedule in itself, does not offer any firm details on what to expect, it does help to build excitement and offer those attending a better opportunity to plan for the highlighted points. That said, today's unveiling did come with one interesting revelation. It seems there was a reference to Android M noted deep within the schedule. The reference has now been pulled, although, the inclusion has now again fuelled the speculation that the next version of Android's operating system will be unveiled at the end of the month.

Well, Google has not finished with their announcements for today and, in fact, have now also unveiled a new developer sample tool dubbed 'Games in Motion'. According to the announcement (source link below), Games in Motion is designed to highlight what can happen when you combine Google Fit with Android Wear. Well, that is the technical description. In more layman's terms, Games in Motion is designed to make exercising more fun. Google realizes that for most people, exercising can be an arduous task. Therefore, using the principles shown with Games in Motion, Google hopes developers will be able to make Wear features and apps that make the whole process of exercising more fun-oriented. The announcement offers a prime example of how this fun/fitness feature might be integrated "Do you ever go on a jog and feel like there is a lack of incentive to help you run better? What if you were a secret agent and had to use your speed and your nifty gadget to complete missions?"

Of course, that particular example might seem a little lame to most people and especially those who are serious about their fitness. However, the principle is there, with Games in Motion looking to highlight a way to make exercising a more involved activity. For developers interesting in giving Games in Motion a try, then the Games in Motion game sample is available to download. For more details or to grab your download, click the source link below. 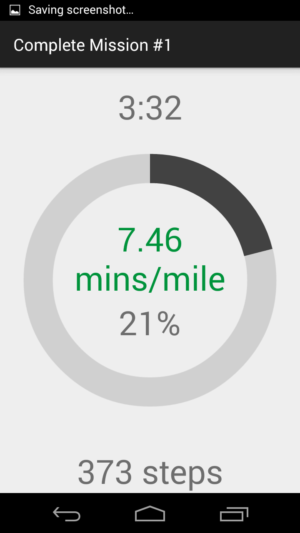