Skip to content
Trusted By Millions
Independent, Expert Android News You Can Trust, Since 2010
Publishing More Android Than Anyone Else
34
Today
139
This Week
883
This Month
8167
This Year
125653
All Time 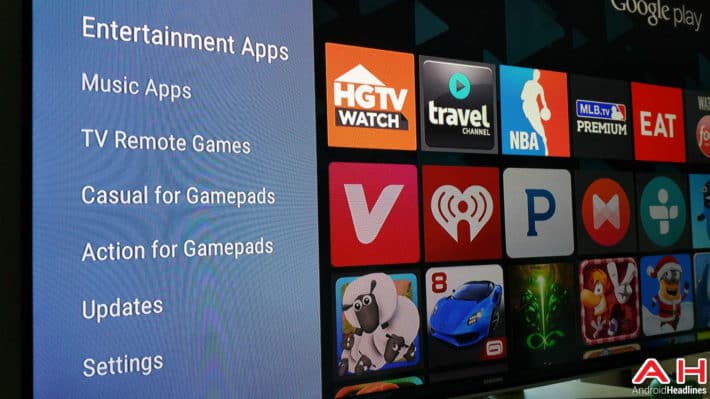 It is almost a year since Google announced Android TV at Google I/O 2014 with the launch of the Google Nexus Player and the new television product joined the Google Chromecast dongle in a way of getting Google’s content into our living rooms but off our laptops, tablets, Chromebooks and smartphones. Over the last year we have seen partner manufacturers releasing their own Android TV products, such as Sony and Sharp (with many smart TVs announced at the Consumer Electronics Show, CES, earlier in the year). We’ve also see the Nvidia Shield gaming console launch, which is also powered by Android TV software and Nvidia’s impressive Tegra X1 processor, available as a standard 16 GB model and the “pro” 500 GB version.

Google have today announced changes and improvement to Android TV at their annual developers’ conference, Google I/O, designed to make the system behave closer to a normal television with a new feature called “Channels,” which means that developers working on applications of content can deliver video in a linear, traditional broadcast way. Customers can add channels to their Android TV from the Google Play Store via a custom channel lineup. These new channels are added to the traditional channels already on the television, meaning that customers can seamlessly switch back and forth. This means that Internet streaming content services such as Vevo or AOL can be mixed with “proper” television channels. Google has also said that the new Channels feature will include offerings from TED, the Huffington Post, Bloomberg, The Weather Network, Pluto and Zattoo. Later in the summer, Google will be adding additional third party applications to the Android TV catalogue including Fox, Epix, WWE, UFC, USA Today, Buzzfeed Video, Vimeo, Vudu and Twitch.

So far, Google’s television services have yet to have the same impact as their Android smartphones, tablets or wearables, or the Google Chromebook. One of the reasons for this might be that the Android TV platform still feels too much like a technological product being shoehorned onto a system that has, for decades now, worked in quite a different way. By making the system closer in operation to a traditional television, as well as in conjunction with more manufacturers incorporating Android TV into their sets (and this is a relatively slow process), these factors should both prove beneficial for Android TV going forwards.