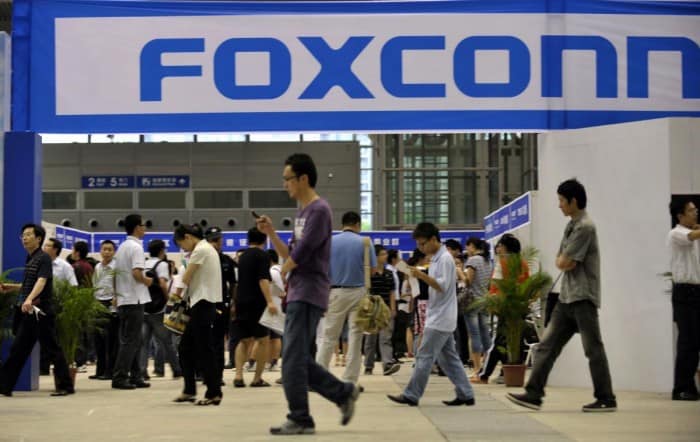 The Chairman of Foxconn Technologies, Mr. Terry Gou said in an interview on Tuesday, that his company is looking to invest "a few billion dollars" in India over the next five years in developing greenfield facilities including factories, R&D units and datacenters. The Taiwan based company is the world's largest contract manufacturer, and is best known worldwide as the largest manufacturer of Apple's iPhones. Mr. Gou didn't specify what exact products Foxconn intends to manufacture in its proposed Indian facilities, but spoke in general about manufacturing "phones, tablets, TVs, as soon as possible". He however was tight-lipped on whether those "phones" would include the iPhone, which earns the firm the single largest chunk of its revenues. Foxconn becomes the second high-profile Chinese company in recent months to express interest in opening facilities in India after Xiaomi. While no deals have been inked just as yet, Mr. Gou expressed hopes that there will be something concrete to show for his efforts by the end of the year. Mr. Gou was being interviewed by Reuters on a bus near Guiyang in China's southern Guizhou province, where Foxconn currently runs a large facility.

Foxconn already operates 25 manufacturing units across China and employs around 1.3 million people, making it the single largest private sector employer in the world. But the company says it will need to cut jobs as it has been struggling amidst declining revenue growth and increased overheads. With wages rising inordinately in China over the past few years, Foxconn too, has been hit by a domestic slowdown that has been affecting most electronics manufacturers in the region. Foxconn has already been in the news for investing in Android custom ROM maker Cyanogen Inc. and with reports of Japanese consumer electronics maker Sharp being in financial duress, Foxconn has already indicated in March this year that it will be interested in investing in the embattled company, but the investment may not only be limited to finances. Instead, it will need to include technology licensing transfer and other forms of cooperation between the two firms. Back in 2012, Foxconn bought a 38% stake in a Sakai, Japan-based TV panel plant operated by Sharp.

The recent announcement from Foxconn comes as a bit of a surprise to people in the know, because the company has just summarily closed a mobile phone making facility in Southern India, which employed about 1,700 people. While Mr. Gou didn't elaborate on how many people his company would eventually employ in the South Asian country, he did indicate that aside from Chinese brands, Foxconn was also looking at working with Indian brands like Micromax.