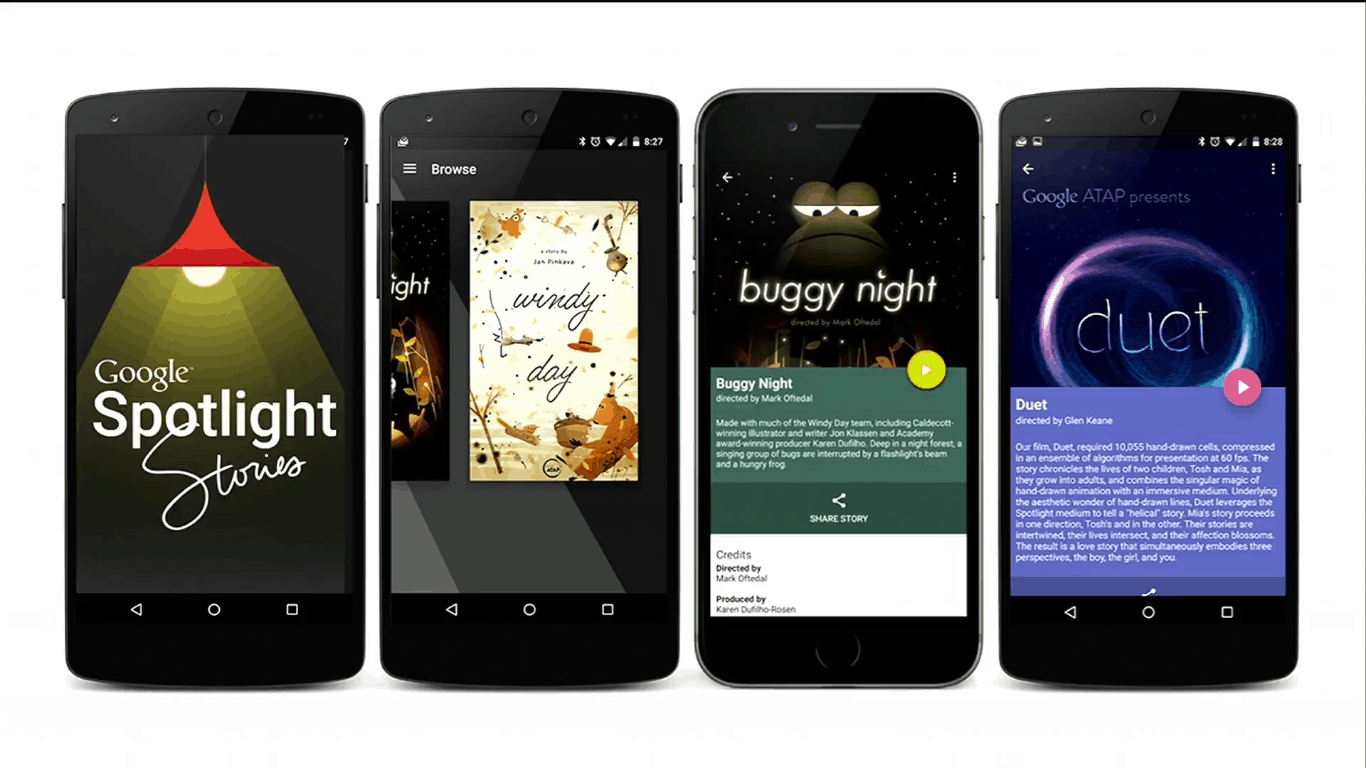 A former Disney animator believes Google's movie application is the future for video media. You might not recognize the name right off the bat but Glen Keane was with Disney animation for over 35 years and within that time he had worked on iconic films. You've without a doubt seen some of Keane's work which includes Aladdin, The Little Mermaid and Beauty and the Beast. Since his departure from Disney, Glen Keane admitted that he was looking for the next big thing that wouldn't confine animators and filmmakers any longer. Through the Google Spotlight Stories creators panel at Google I/O, Glen Keane reveals that he truly believes Google's Spotlight Stories application is the future for video media and short films.

For those who are unaware, Google revealed Spotlight Stories last year during Google I/O. The application is unique in the sense that viewers can watch the content with their application and can look completely around in 360 degrees at any given time. This makes for some truly unique videos as viewers can feel as if they are right there within the movie but at the same time, it has brought some fair amount of frustration to filmmakers.

For directors who try to capture an extremely detailed shot, Spotlight Stories may be too much for them to handle. Everything will be captured which means spending hours to create a perfect scene may be a major headache but for Keane, it made him think outside the box. When creating the short known as Duet, a cartoon animation, Keane had to look at every scene and play it out to make sure it worked in three-dimensions. While it was frustrating at times, Glen Keane said the payoff was well worth it as viewers were able to get the exact idea and feeling he was trying to portray within the film. This year during Google I/O, Justin Lin, the director who brought out The Fast and the Furious, was able to release the first action short film known as "Help!" which is said to be a creature based film.