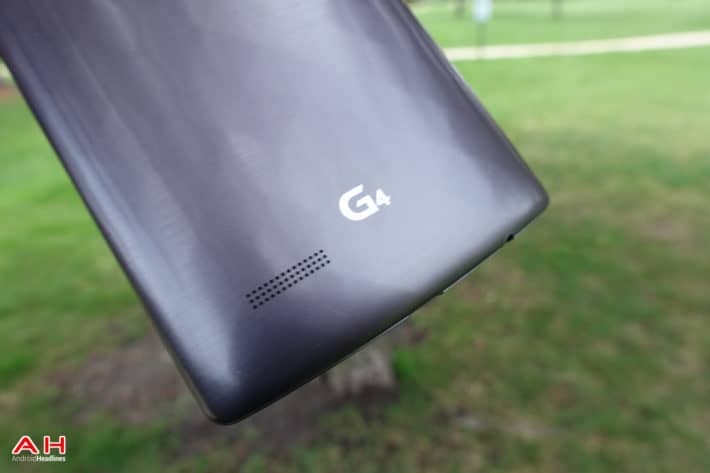 LG has built itself a good reputation regarding its recent flagship smartphones. In the LG G2, the company was actually among the first to reduce side bezels in order to fit a bigger screen in a device that you could still use with one hand, also, it was the first phone to relocate the volume keys and power button into the back of the phone that we've become familiar with from its successors. Therefore, the recently announced LG G4 was a very anticipated device this year and while the QHD resolution 5.5 screen seems to have improved from the last generation model as well as the camera, the reviews are calling this device more evolutionary than revolutionary, which is not necessarily a bad thing, but it may have been nice to see better materials being used in the hardware like a metallic frame which is becoming more common nowadays.

Still, it's one of the few flagships that integrates a removable battery and a memory card slot, so some users that consider them essential features might consider buying this smartphone. Those users might wonder how well built the device really is, and for their viewing pleasure there's a new video featuring a drop test of the LG G4. The user claims that the screen of its predecessor, the LG G3, stopped working the second it got shattered, actually became frozen and he wasn't able to click on anything or scroll through it, so he hopes to see an improvement in this area.

The phone is being dropped from about 5 feet into a surface that seems to be cement or concrete. First, the user drops it in a vertical position and it holds up well enough with just a little damage in one of the corners. The second drop is more interesting because it's made with the screen facing the hard surface, the subtlety curved glass covering the screen is Gorilla Glass 3, not the more recent Gorilla Glass 4 which is supposed to be more durable, so when it hit the ground it got completely shattered and both the back cover and removable battery flew away, the good thing is the screen seemed to work this time around.