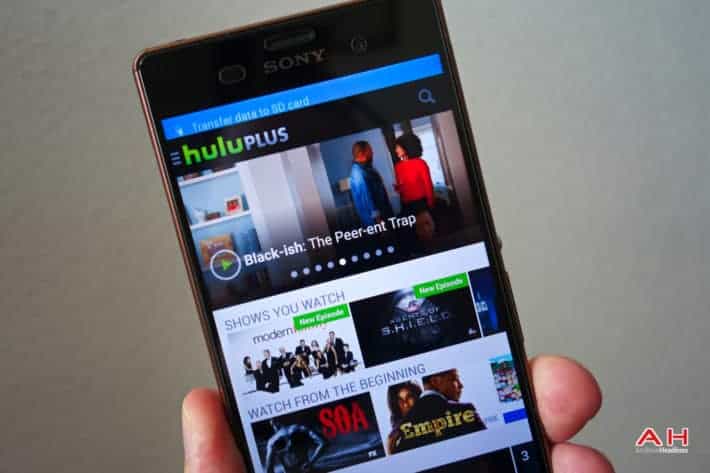 This is the official DIRECTV app for those who subscribe to the TV provider, allowing you to stream on-the-go entertainment of plenty of different TV shows from various networks like ABC, NBC, FOX, and even premium content like HBO. You will need to be a DIRECTV customer to use this app, but then again that is probably a given. 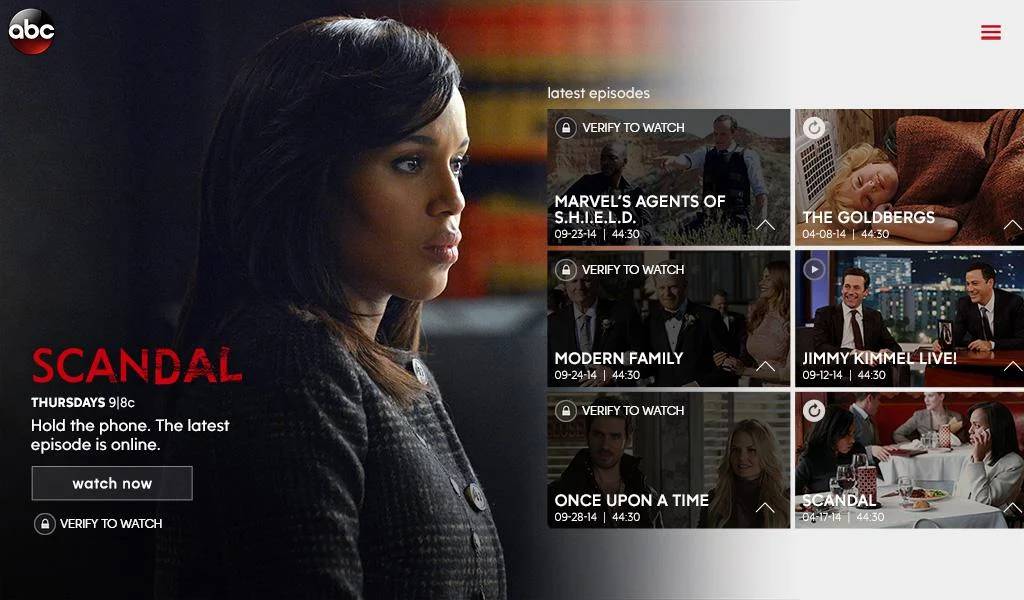 ABC has some decent programming and the official app provides a nice way to watch that content from your mobile device, even live content if you aren't able to watch from your TV at home. You will need to have a subscription to a TV provider, and the live content option is only available in a handful of cities. 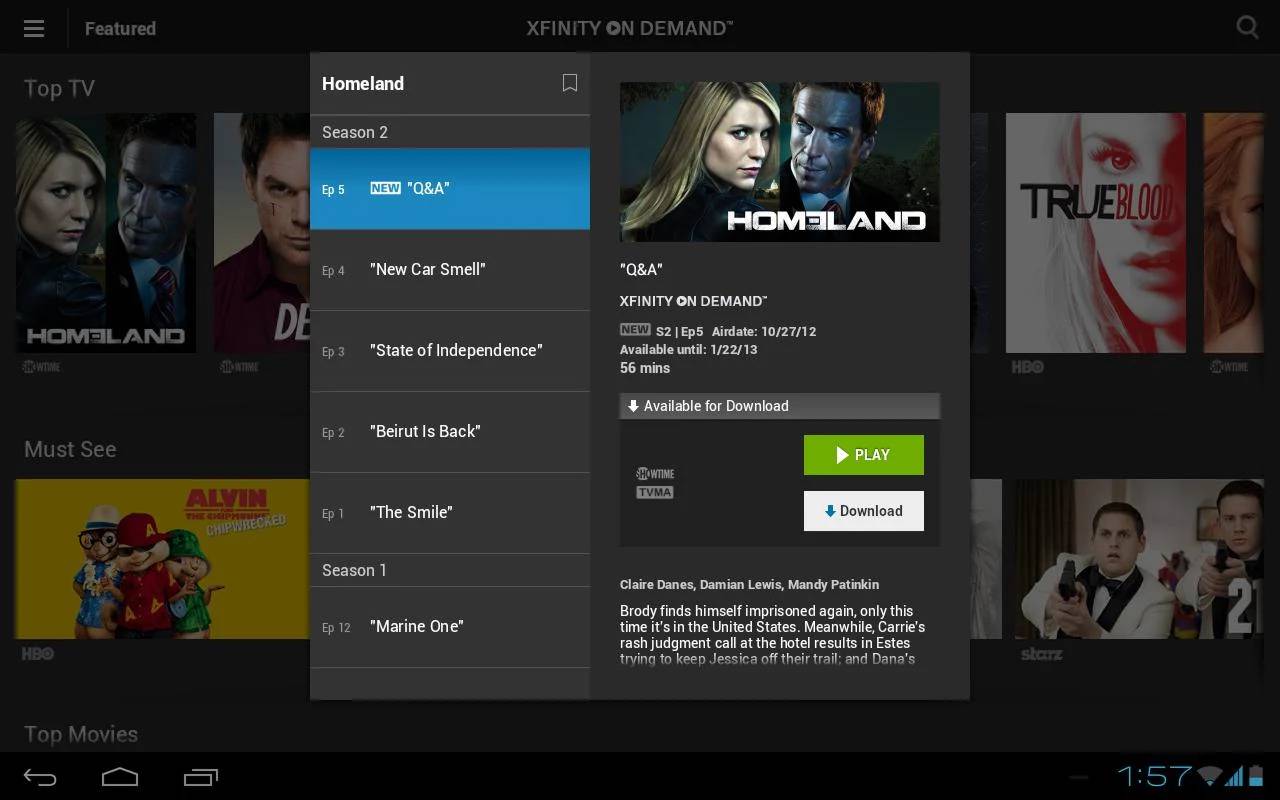 If you're a Comcast subscriber and you have XFINITY TV, then this app can help keep you within arms reach of all your favorite TV shows, including those listed on premium channels. Again, with this app and just like the first two, you'll need to subscribe to TV content before you can access the app and stream TV. 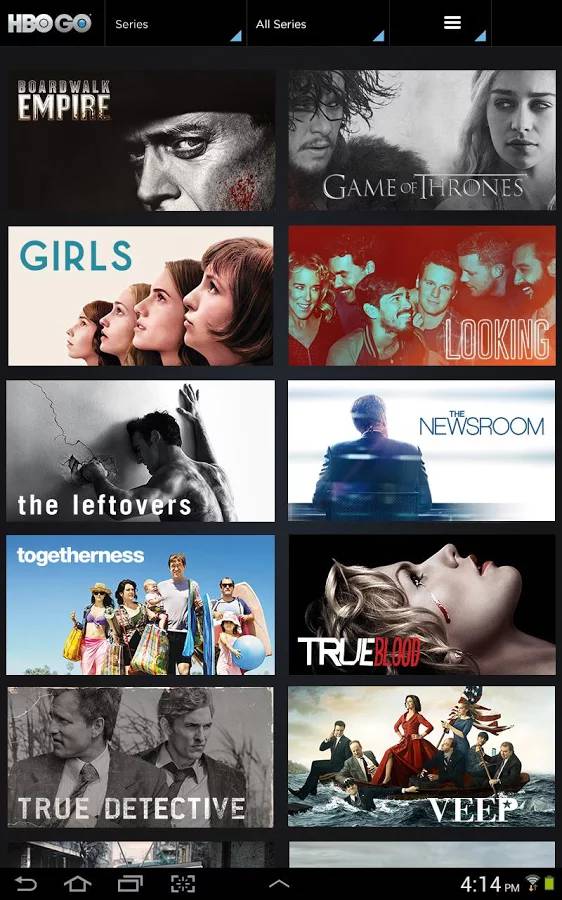 If HBO content is more your thing, or furthermore, some of the only TV you watch then you'll definitely want to have the HBO GO app handy so you can stream a show at a moment's notice. As long as you have TV through a network provider and you subscribe to HBO, you can use HBO GO for free. 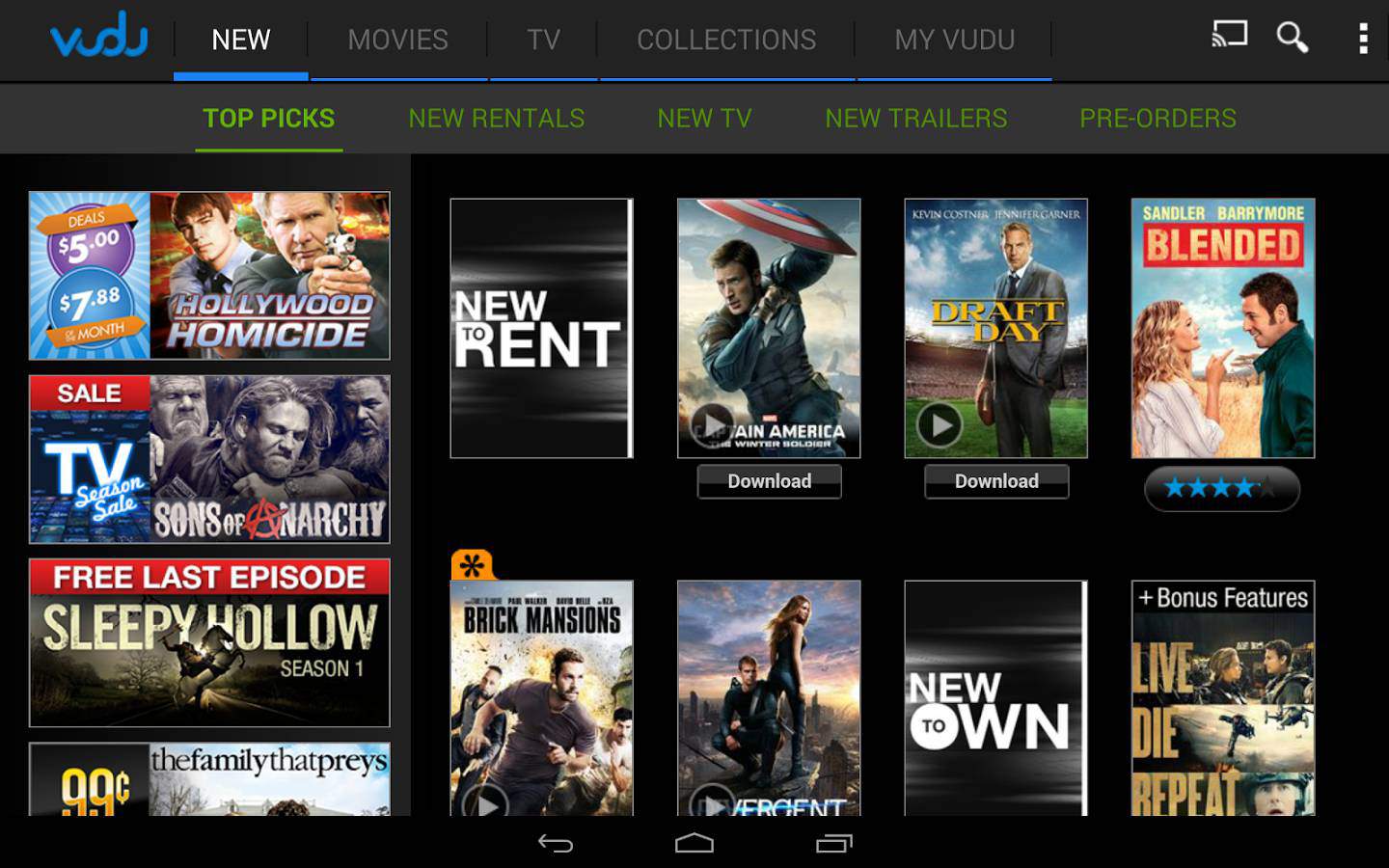 VUDU is an app for those who aren't going to pay a monthly service fee for subscribing to a TV provider, but still want to keep up on shows. VUDU allows you to rent or purchase to own episodes or entire series of shows, which can be played back through your device or streamed to the big screen via Chromecast. 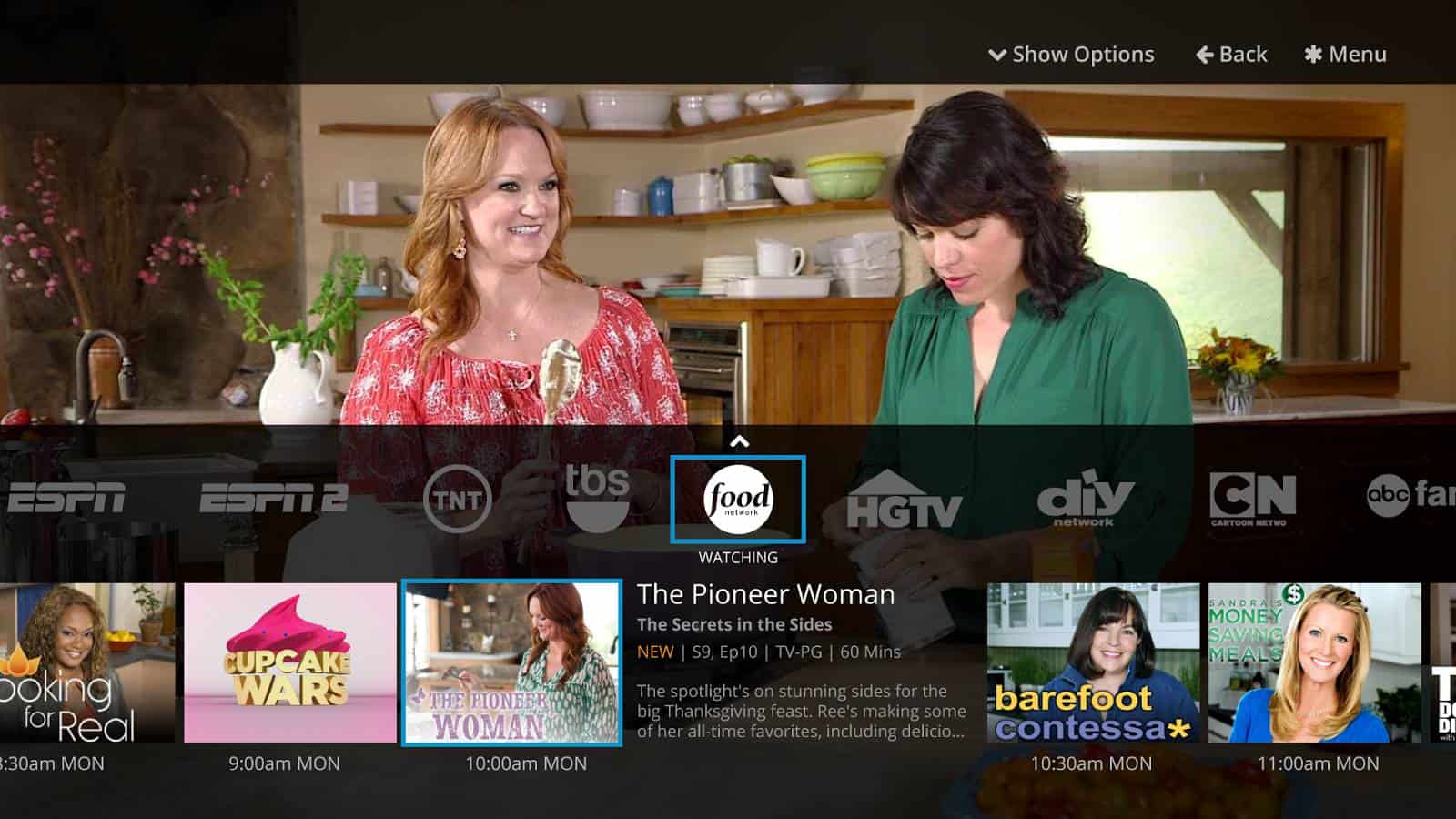 Sling Television is your option for subscribing to live TV shows and the ability to stream content all without having to subscribe to content and services through a cable company. They have both recorded and live TV shows from most or all of the major networks, and you can watch on multiple devices with varied monthly packages at different costs. 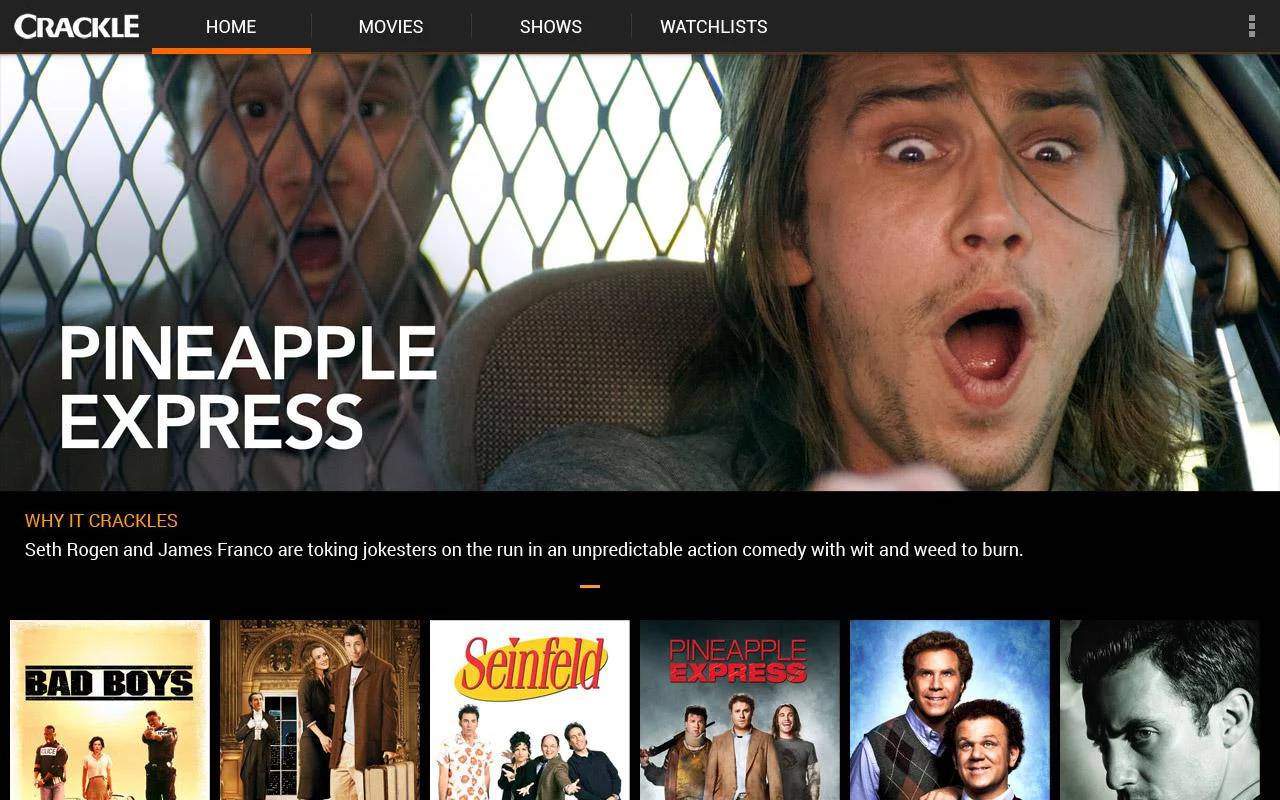 Crackle lets you watch tons of TV shows all for free, and the only thing you need is an internet connection. There are loads of popular shows both current and past TV series with thousands of episodes to watch, and even original content created specifically for Crackle. You can also stream some of the most popular anime series. 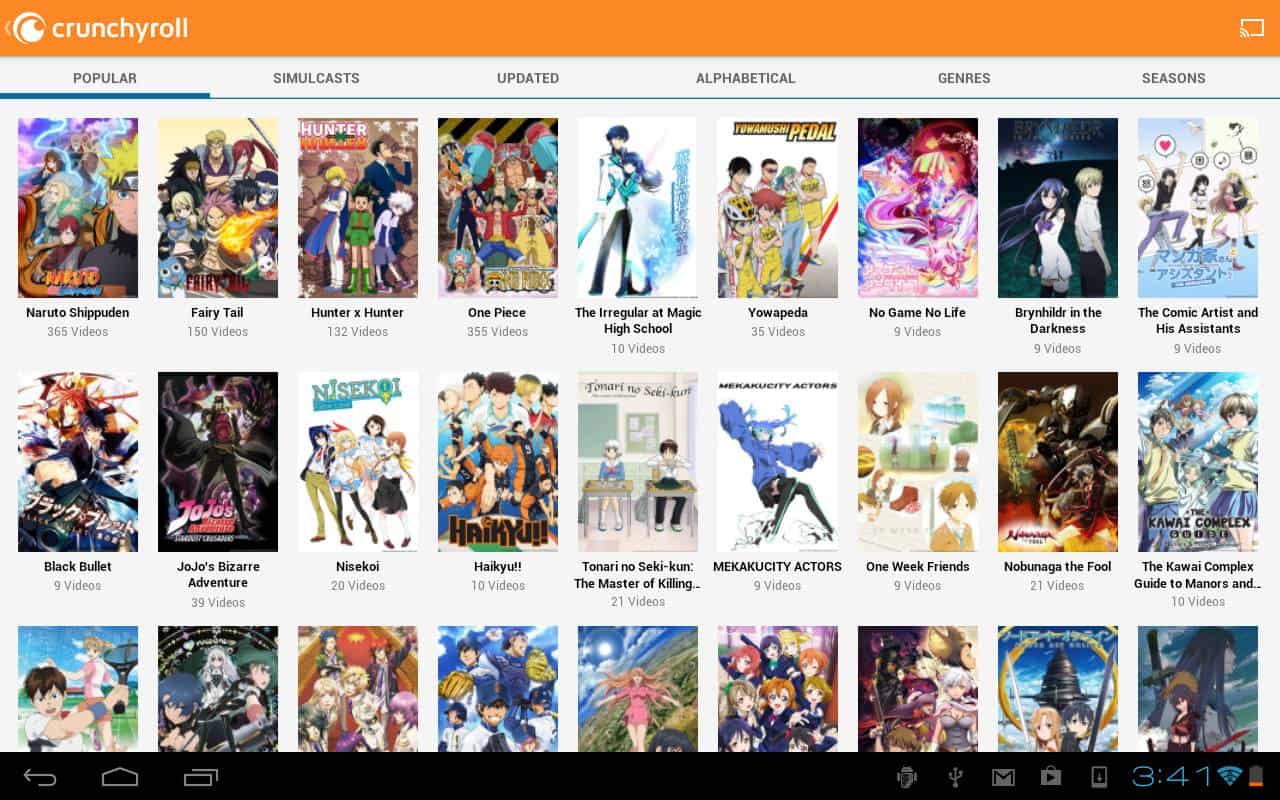 Crunchyroll is a fantastic app for watching anime with hundreds of the most popular anime series. With Crunchyroll you'll need a monthly subscription if you want to watch ad-free, and with a premium membership you'll get access to stream thousands of episodes from lots of different Anime series, even those that are simulcast and currently airing, with episodes showing up in Crunchyroll immediately after they finish airing in Japan. 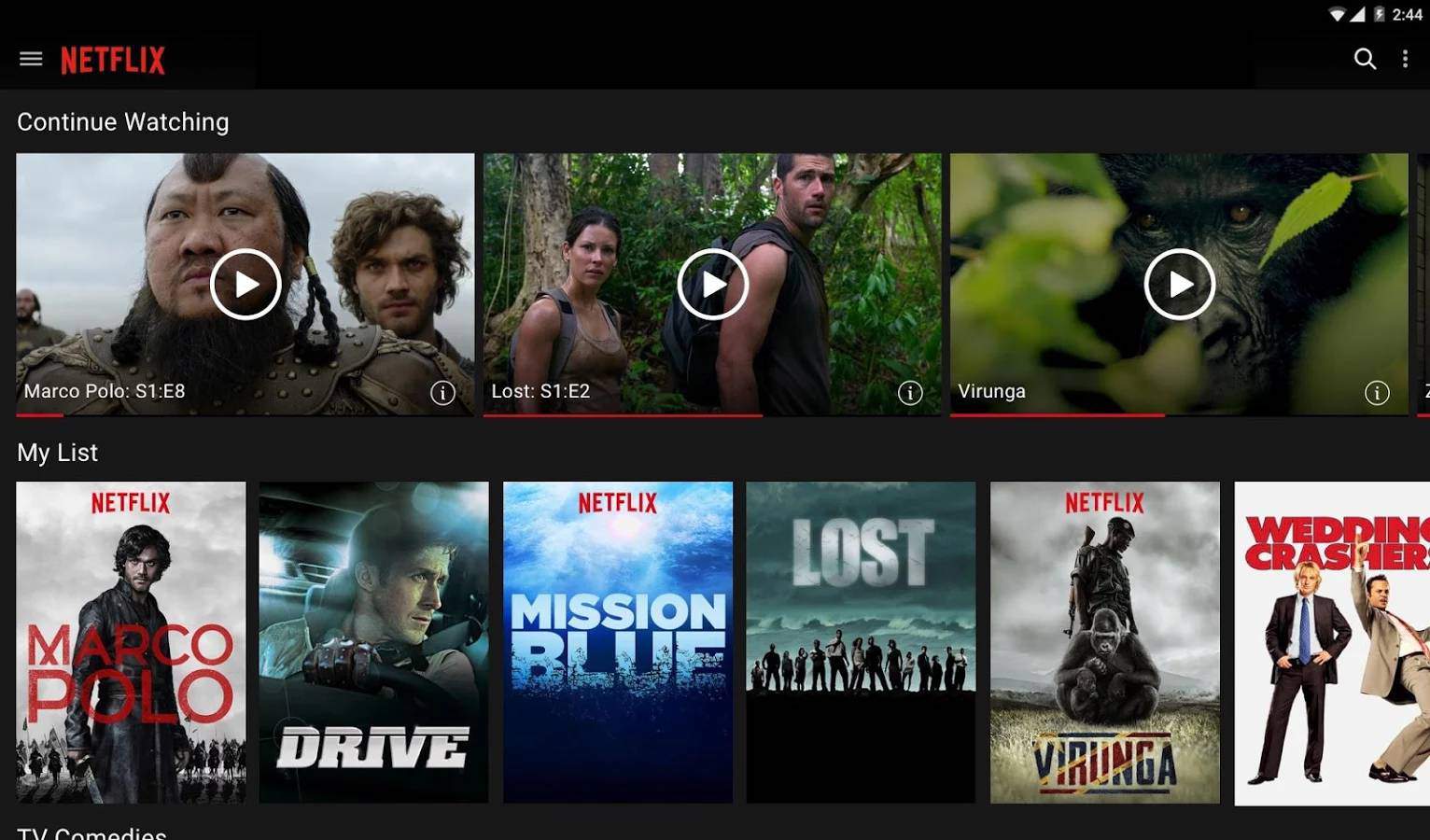 Netflix is an obvious solution to TV not only on the go but at home as well, with access to over a huge selection of TV shows from various networks, and an ever growing selection of original Netflix programming like House of Cards, Marvel's Daredevil, Marco Polo and more. Netflix has varied packages available for a different monthly fee each offering a slightly different set of features. 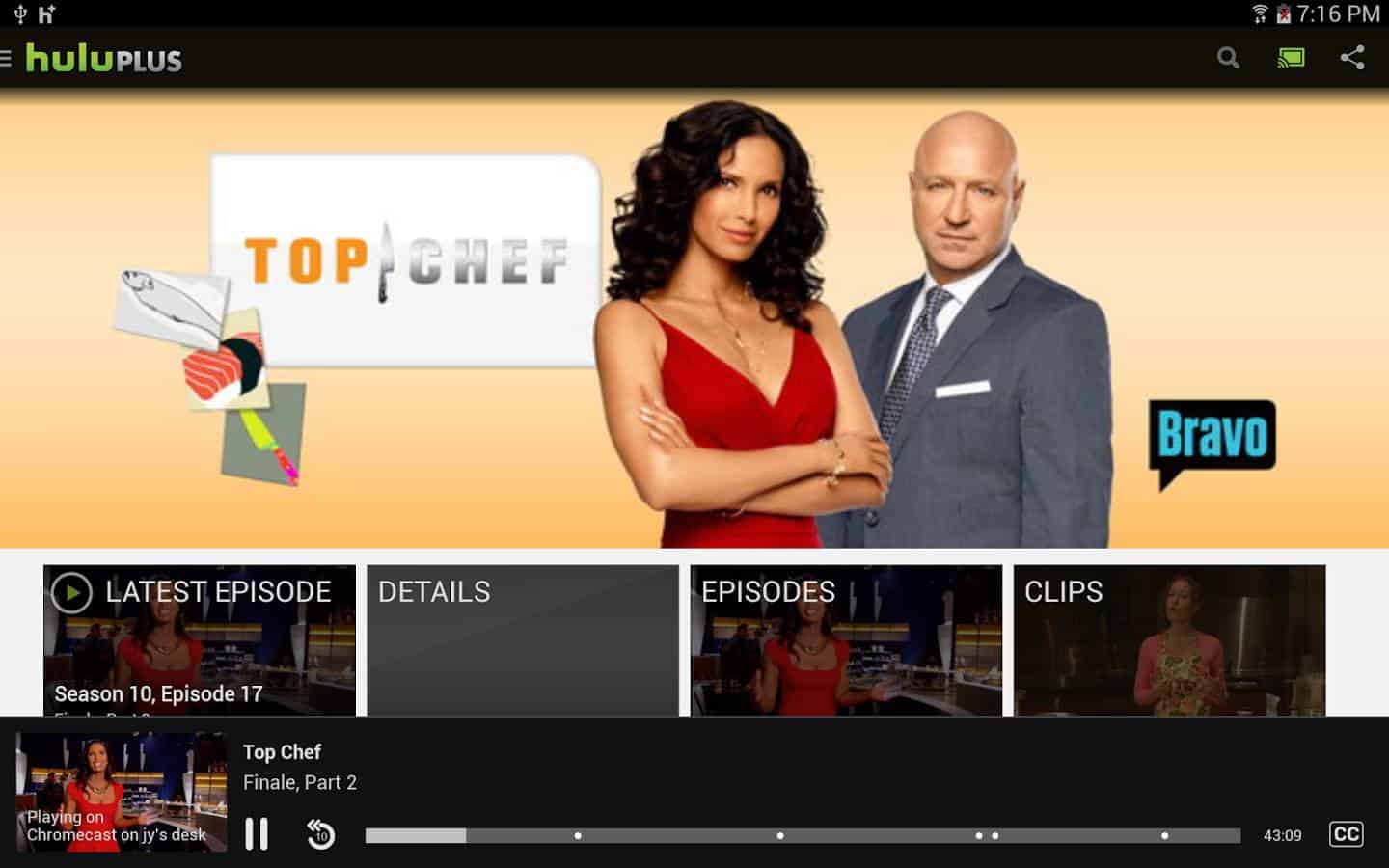 Hulu is excellent if you find yourself to be a lover of all things TV. You'll get access to stream episodes from both currently airing TV shows and popular classic series, with newly airing content showing up usually a few hours to a day at max after the shows air on Television. The monthly fee for Hulu Plus is only $7.99 and the app of course has Chromecast support just like Netflix and many others on this list.