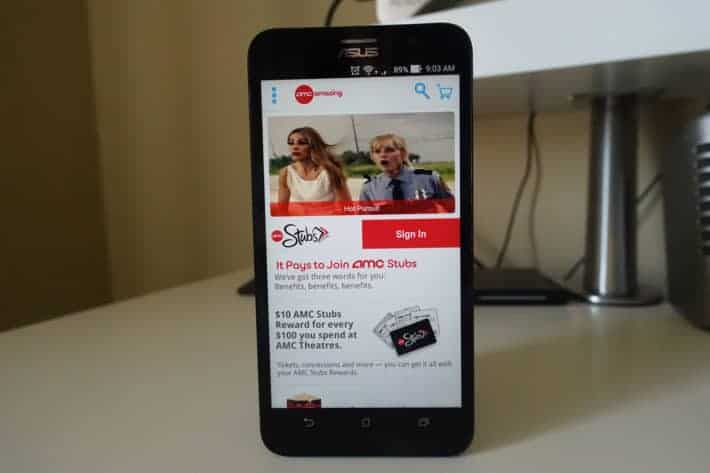 Being able to buy movie tickets before arriving at the theater has become very popular in recent years. In fact, many theaters prefer that you do so ahead of time, as it guarantees that you’ll have seats, and you won’t have to wait in line when you get to the theater as well. So what apps can you use to buy movie tickets? Well here are ten of the best that the Play Store has to offer. 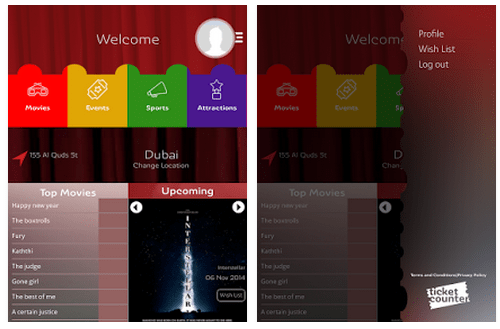 This app is only available in the U.A.E. so you’ll want to make note of that. But it allows you to see what movies are playing at what times, as well as buy tickets for those movies straight from the app. 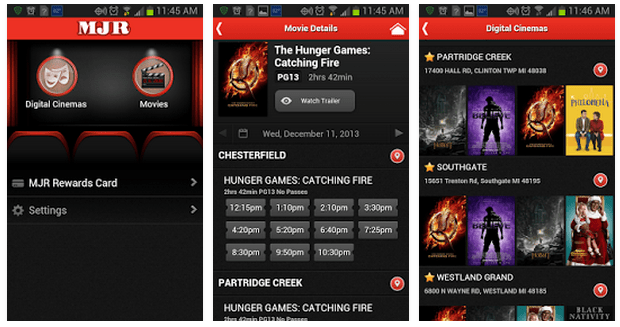 MJR is a pretty popular chain of movie theaters, and you can buy your tickets straight through their app. You can also view the movies that are currently playing along with the trailer – which is always important, as you don’t want to sit through a boring 2 hour movie if you don’t have too. You can also find theaters nearby your current location. 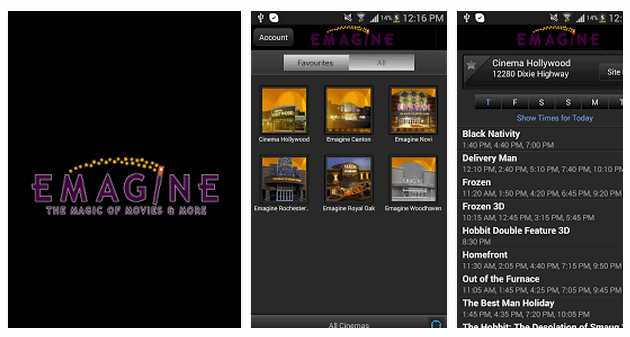 Emagine is another popular chain of movie theaters, up there with MJR and AMC. With the Emagine Theatres app you can also buy movie tickets, as well as find theaters nearby where you are. You can also get the latest showtimes for up to a week from now. Which is a pretty unique feature. 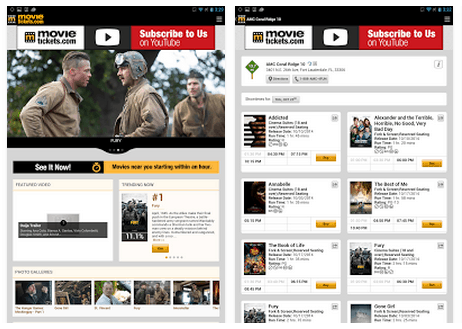 With the MovieTickets.com app you can buy movie tickets for any theater. You can also browse movies and show times which are always important, as well as view the trailer for that movie. 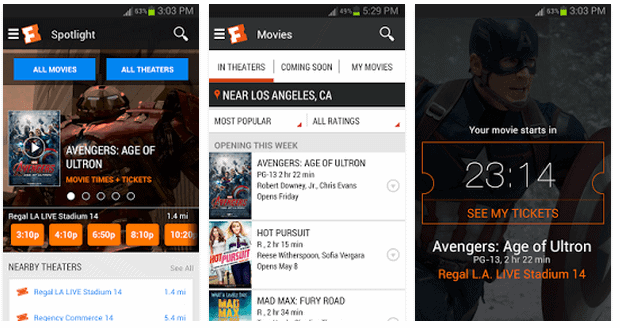 This is an app that most of you are probably familiar with, for finding movies, as well as showtimes and even theaters nearby your current location. In addition to all of that, you can also buy movie tickets straight from the app. Making it easier once you get to the theater to get to your theater and have a seat. Or go get popcorn then have a seat. 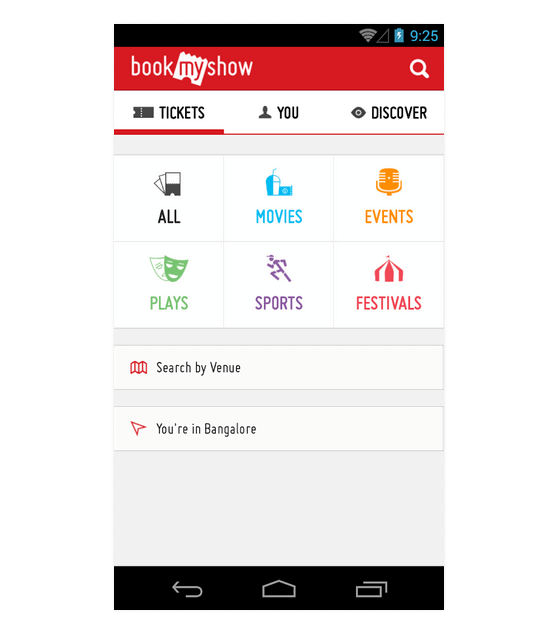 With BookMyShow, you can buy tickets for most of the theater chains out there, including PVR Cinemas, BIG Cinemas, INOX, AGS Cinemas, Apna Cinema, CineMAX, City Gold, DT City Centre, E-SQUARE, Cinepolis, Fame Cinemas, Fun Cinemas, Glitz Cinemas, Gold Cinema, Gopalan Cinemas and many more! Additionally you can buy tickets for plays, which is something that these other apps don’t include, as they stick to just movies. 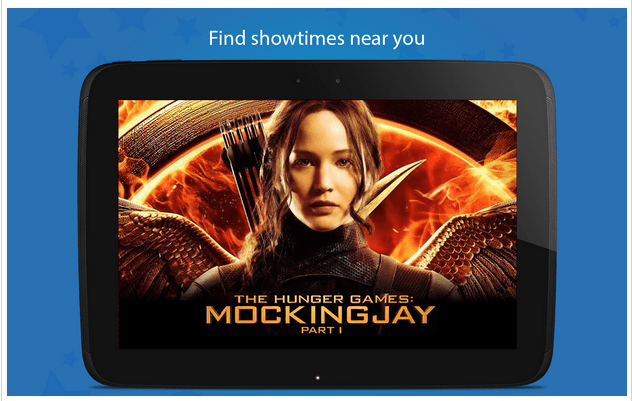 Flixster is another popular app, similar to Fandango which we covered above. With Flixster you can find all the latest movies and see what they are about. As well as viewing their trailers. Additionally you can also buy tickets for these movies at nearby theaters. So you can skip the lines and head straight to your theater. 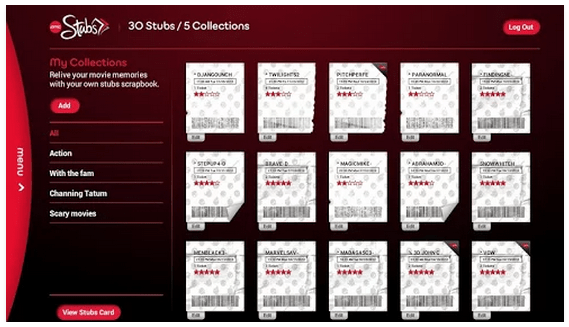 AMC’s theatres are some of the best, with their reclining seats and such. But it’s a good idea to buy ahead of time, so that you can be sure you have seats. Which can be done from their app. In addition to buying and picking out your seats, you can also see what’s playing in theaters near you as well as watching the trailers for those movies. 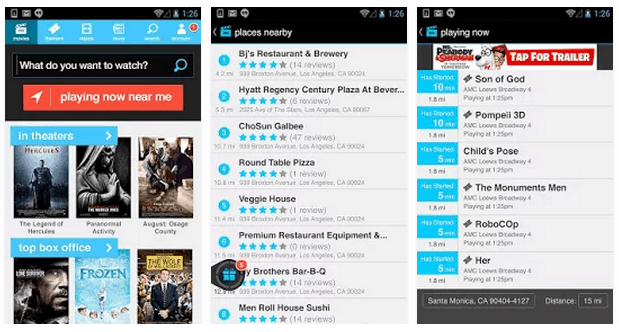 With Moviefone you can find movie times as well as where they are playing. But most importantly, you can buy your tickets straight from the app, which is really important. Moviefone supports most of the big theater groups including AMC, MJR, Emagine and others. 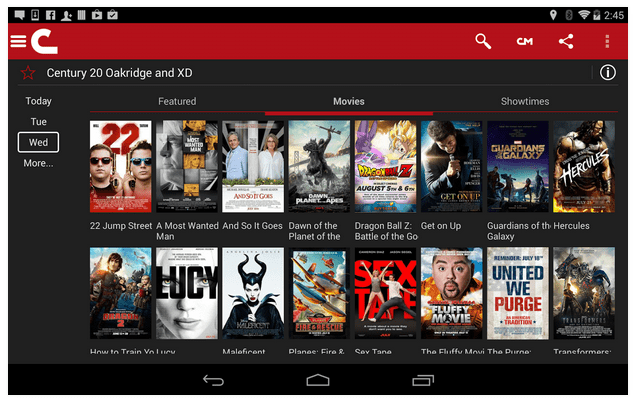 With the Cinemark Theatres app, you can find theatres in your area, of course that uses the GPS on your phone. You can also find showtimes for different movies at that theater, and even buy tickets. Which is great, as it means you can skip those long lines and head straight into your theater and find a great seat.