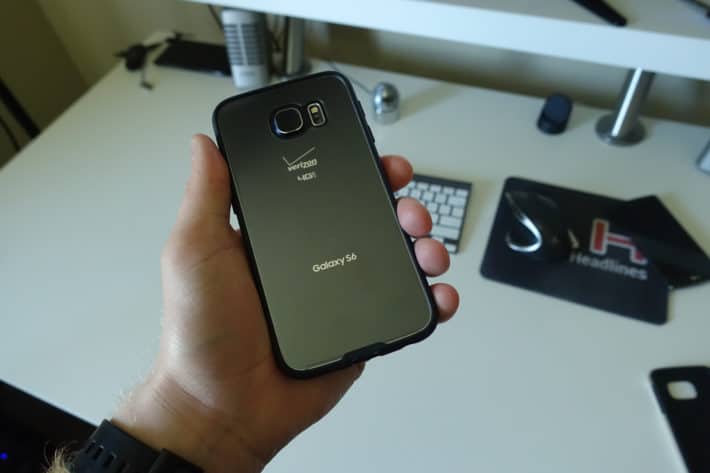 The Samsung Galaxy S6 is a beautiful device. Many don't want to put a case on it because it just looks so nice, but what if you drop it. Yeah, you're going to want a case. Luckily there are some cases out there that show off the sexiness of the Galaxy S6 still. One of those happens to be the Verus Crystal Mixx case.

The Crystal Mixx case is essentially a bumper with a clear back. This is so that the device is protected in case you drop it, but you can still show off how pretty is it. However, one of the downsides is when you get dust or dirt inside the case, it can be a real pain to get it out. It also has a lip going along the front of the device. This is so that if you drop your phone and it lands face first, it likely won't damage the device at all, just the case. Which is a much cheaper item to replace than the $700 Samsung Galaxy S6.

As far as cut outs go, we have one on the back for the camera and flash modules. There's also two up top for the microphone hole and IR blaster. At the bottom, we have them for the speaker, microUSB port and headphone jack. There's also one for the other microphone down there. There are no holes for the power button and volume rocker, however. But they are rigid and easy to press. At first they may seem a bit difficult to press, but they get easier over time as they get used more and worn.