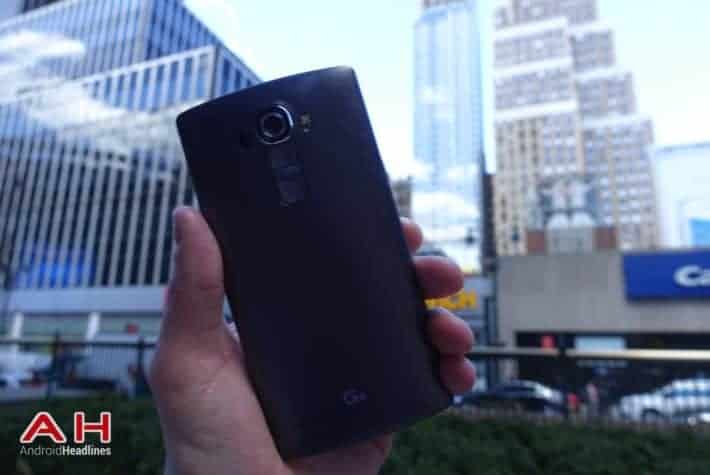 LG announced a few weeks ago, that they were going to allow a select number of customers preview the LG G4 before it's available. They partnered with T-Mobile in the US for the #G4Preview, and those users actually already have their hands on the LG G4, at the same time reviewers got theirs. If you're in the UK, it's your turn! LG is allowing you to sign up to be one of 200 users in the UK to get a chance to preview the LG G4 about 6 weeks before it's available in the UK. Which we still don't have a concrete date as to when it'll be available in the UK just yet.

The LG G4 was announced, officially, on Tuesday, in about 6 cities throughout the world. Including London. The LG G4 features a 5.5-inch Quantum IPS Display with a 2560×1440 resolution display. Paired with a Qualcomm Snapdragon 808 processor and 3GB of RAM. There's also 32GB of storage with a microSD card slot for expanding your storage up to 128GB. LG has also outdone themselves with the camera this time around. It's a 16MP camera with f/1.8, and a color spectrum sensor. Not to mention the Laser AutoFocus, and OIS has returned again. We've been using this camera for a few days now, and have continually been getting some amazing images. LG also has a removable 3,000mAh battery inside. Although there's no Quick Charge 2.0, due to that removable battery, unfortunately.

The trial for the LG G4 will last about 6 weeks. After which, LG will ask that you return the device, or that you purchase it at a "favorable insider" price. However, no amount was given. During the preview they will be sending out a feedback survey, which is a requirement for being in the trail program. So you'll want to make sure you fill that out. You can enter your details using the link in the sources below, remember they are only looking for about 200 people, and there's likely to be many, many more than that apply for this program. So if you don't get chosen, don't take it too hard.