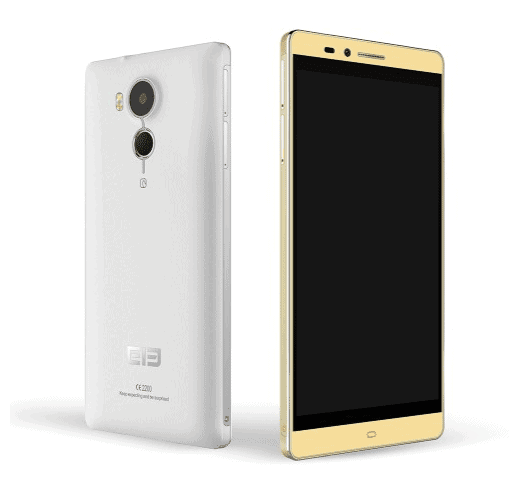 Elephone is an up-and-coming China-based smartphone manufacturer which has been releasing Android-powered smartphones for a while now. This company was releasing low and mid-range devices for a long time, though they tend to use metal when building their devices. Quite recently, the company has announced the arrival of a somewhat high-end P7000 model, which carries solid specs, offers premium build and is really affordable despite all that. Soon after the news arrived regarding the P7000, another two Elephone devices were mentioned, the company's upcoming flagships. These two devices are actually top tier smartphones in terms of specs, and what's most interesting about them, it seems like one variant of the device will sport both Android and Windows 10 operating systems when it arrives (dual boot). These two devices have simply been called 'Version A' and 'Version B' thus far, but new info and images surfaced, revealing additional details about this device(s).

Elephone has listed this handset on their official website, and it seems like it will be called Elephone Vowney (at least the Android version of the device). The Vowney will launch on June 20th, and it will sport some really high-end specs. This handset will feature a QuadHD (2560 x 1440) display along with 4GB of RAM and 32GB of in-built storage. The 20.7-megapixel camera will be available on the back of this handset, and an 8-megapixel shooter will be located on its front side. The Android variant of the device will be powered by MediaTek's MT6795 64-bit octa-core processor, while the dual boot model will ship with Intel's SoC. We still don't know if both variants will launch on June 20th, but at least the Android model should. This device will come with a 3,800mAh battery, which should provide more than enough juice to get you going throughout the day. You'll have the option to run stock Android 5.1 or CyanogenMod ROM (at least in the Android version of the device).

There you have it, the handset is already listed on Elephone's official website for $329.99, but it's not available just yet. Either way, we'll let you know as soon as we stumble upon some additional info. Until then, check out the new images of Elephone Vowney in the gallery down below, courtesy of GizChina. You can also check out some official renders which are also included down there.