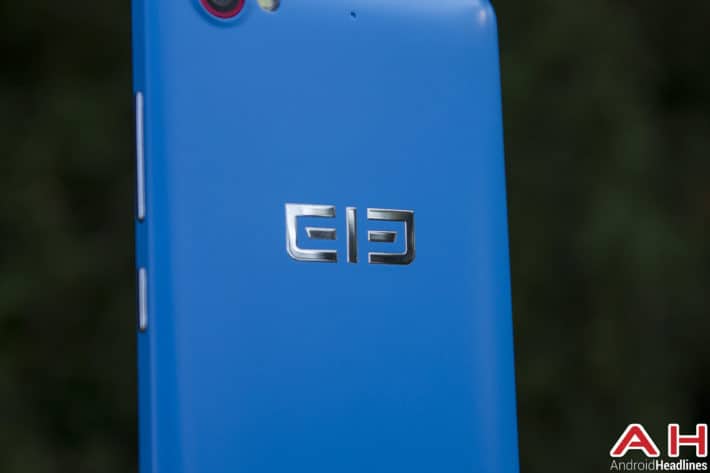 Among the swath of Chinese manufacturers out there Elephone aims to make itself best known not just for the price of their devices but for the exceedingly large batteries contained within.  We've already reviewed a handful of Elephone smartphones, including the Elephone P5000 which includes a 5,350mAh battery.  For comparison that's around twice the size of the batteries found in the vast majority of phones, and with the less power-hungry chipsets packed inside Elephone's phones users can easily get a few days' battery life out of these phones.  Elephone's latest, the P4000, appropriately comes with a 4,800mAh battery and goes along with the naming convention that Elephone has been using for their phones lately.

Among some other notable specs the phone will be powered by a 64-bit MediaTek quad-core chipset and even comes with 64-bit Android 5.0 Lollipop as well.  This should provide some incredible performance at any price point and is a huge selling point that Elephone can use over many other Chinese manufacturers that are still shipping their phones not only with 32-bit processors but the year and a half old Android 4.4 KitKat as well.  1GB of RAM should provide decent multi-tasking performance depending on how Elephone treats its software of course, and given previous Elephone experiences we're likely to see a near-stock Android experience with some extra features on top.  This means great performance without superfluous features dragging the phone down.

The screen is a 5-inch HD display, likely meaning 720p and should provide a fantastic experience and again another winner in the performance category thanks to the relatively lower resolution.  Because the battery is so large we're expecting this phone to double as a power bank, charging other phone with inferior battery life without blinking an eye.  All this will be available for a rather insane $129.99, besting essentially everything in its price point when it hits the market.  Tomorrow's announcement will likely come with an official release date too, and if we're lucky it'll actually be available to order the same day as well.  The Elephone P4000 will come in a range of colors with a plastic shell too and looks quite a bit like the Meizu M1 Note all while being significantly cheaper.