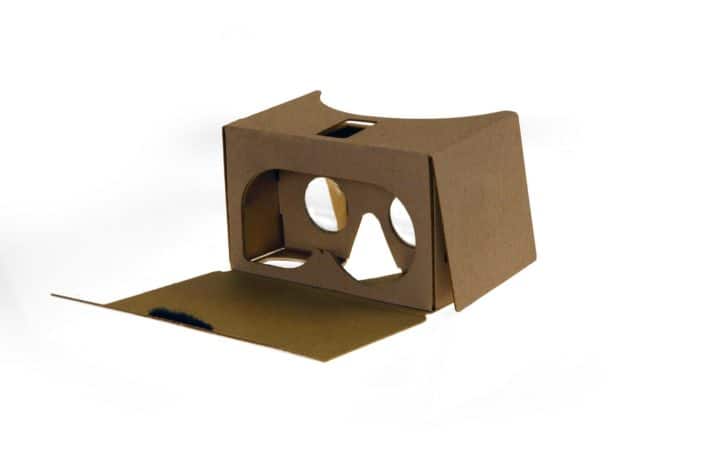 On stage during the Day One keynote of Google I/O 2015, one of the big themes was virtual reality. We saw how Google was improving experiences in the classroom with Expeditions and we saw the launch of the new Google Cardboard. If you remember from last year, Cardboard was an inexpensive way for Google to get people involved with Virtual Reality without the associated barrier for entry. Last year, during Google I/O 2014, attendees were given a free Cardboard kit and this year was the same however, Google have revamped the original design to accommodate more modern devices.

As we saw with the original Cardboard kit, Google have made the design available to anyone that wishes to produce and sell their own headsets. This led to all sorts of different kits hitting the market, including some pretty impressive plastic sets ready for people to experience VR on the cheap using their existing smartphone. This year, Cardboard supports phones up to six inches in size as well as iPhones (but who owns one of those here) and replaces the finicky magnet setup with a universal button. Google is very much getting serious about Virtual Reality, and they've even partnered with GoPro to create Jump, a platform that will help content creators create their own VR videos using a low-cost rig and camera setup.

Dodocase, creators of fine, American-made smartphone and tablet cases, have been producing Cardboard sets for quite a while. Now, they have two new versions, the G2 (pictured above) is based off of the new, simpler design from Google I/O and the P2 is a more custom design. The P2 is more of a flat-pack design, which offers what Dodocase is calling a "more immersive" experience, both the new G2 and P2 can be found online for $24.95. While that does sound fairly pricey, it's good fun and Dodocase is a reputable American company. Plus, with YouTube getting onboard with VR later this year, it's getting even easier to experience virtual reality at home. With the news that a Windows PC and Oculus Rift is going to cost somewhere in the region of $1,500, Cardboard starts to seem less of a silly idea and more of a great jumping in point. For more information, you can take a look at the source link below.