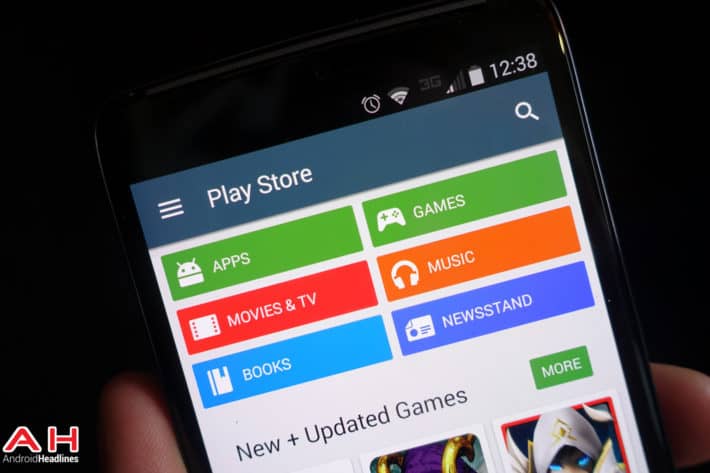 Google's taking a more family oriented approach to some services these days, something which is evident by the release of their YouTube Kids application, which aims to give parents and kids a complete kid-friendly selection of content to watch without having to worry about restrictions or access to content that kids shouldn't be watching. Last month, Google announced another new initiative aimed at families with their new 'Designed For Families' program. The initiative set out to encourage developers to label their apps as kid and family friendly which would make it easier for parents to find content for their kids to engage with, or content that the whole family could engage with together. The program could also help developers gain more exposure for their apps.

At the time of the program announcement there was no information given on when Google might be planning to either show things off or launch the program, but an email going out to app developers seems to possibly suggest a time frame for when we might see Designed For Families content in action while also learn more about it. The email stated that developers still have time to opt-in to the Designed For Families program and that they must opt-in by May 28th, which is the first day of Google I/O this year. This could mean that Google is looking to speak about and show off how their Designed For Families program works during the Keynote.

Since the Opt-In deadline is the day of the Keynote speech, it's unclear if Google has plans to actually launch Designed For Families at Google I/O or sometime soon after, but it would be reasonable to assume that Google would need some time to affix the family friendly denotations to the apps and games of those developers who opt in just before or around that day. If this is the case Google could end up giving more details on Designed For Families at the conference and launch it soon after. It's still entirely possible though that they could flip the switch and turn on the program the day of. One thing is for certain, Google seems more than ready to assist parents in finding family-oriented content, whether it's for the whole family to enjoy or something for their kids to engage with on their own, and the launch is very likely just around the corner. 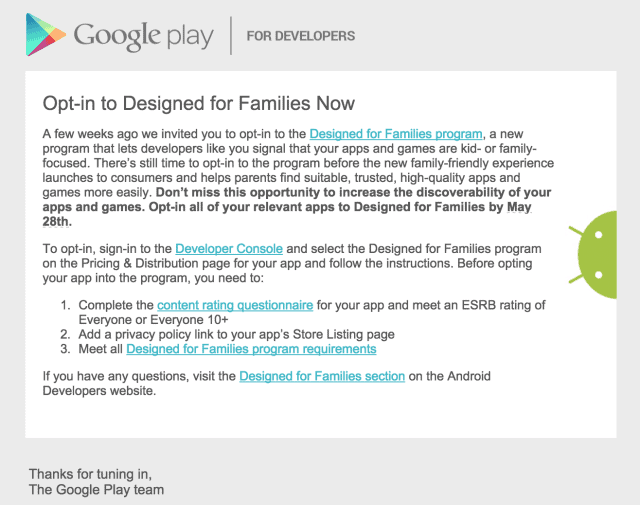