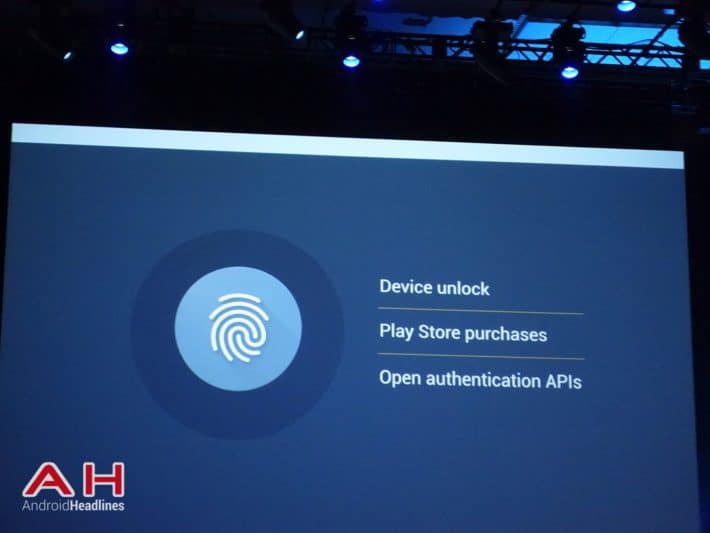 Google just confirmed during its I/O conference keynote, the latest version of Android (Android M), which will greatly improve over what was already an incredible user experience with Android 5.0 Lollipop. A wide number of new useful features have made their way into the Android M release, including one that will make the user's smartphone even more secure, without the need for any new passwords. This new level of security comes thanks to biometric sensors; more specifically, fingerprint scanners. The Android M Developer Preview will offer numerous brand new APIs which include a new simple way for developers to easily add fingerprint authentication to their own apps. Today, following Google's keynote, Dashlane is the first application to integrate two of the new Android M Developer Preview APIs, for users to seamlessly use their own fingerprint to access all of their stored passwords within the app.

Dashlane, is one of the most popular password managers around the world, thanks to the simple and fast access it provides to all of your stored passwords, credit cards, IDs, and more in a unified platform. While the application allows you to sign into any application in mere seconds, the team behind the popular password manager have decided that with just a pair of the new Android M Developer Preview's APIs, it will offer their users an even faster way to unlock Dashlane. Users will now be able to easily use their fingerprint to access every securely stored password and personal data; such as credit cards, payments, and other sensitive contact information.

Dashlane's CEO, Emmanuel Schalit, publicized his opinion on the new Android M Developer Preview APIs; stating how Google's latest version of Android, provided a way for them to show the world that "convenience and security don't have to be mutually exclusive." Dashlane will give their users new ways to interact with the useful application without making them feel any less secure, making it a win-win situation for both the team in charge of Dashlane's development and users. The only downside to this new fingerprint authentication process is that not enough devices have adopted the technology, making the implementation of the new APIs, not a priority for app developers around the world.