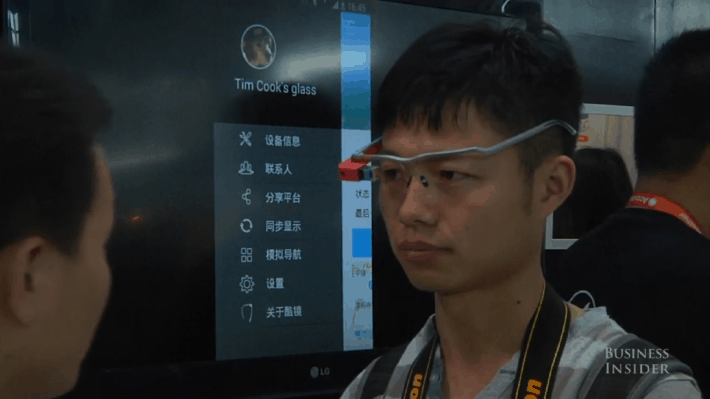 More or less every tech savvy person knows what Google Glass is. These futuristic smartglasses were announced by Google back in 2013, and the company has first made them available to a select number of applicants, and then to a wide range of consumers. Unfortunately for the majority of people who were interested, these smartglasses carried a very high price tag, they were priced at $1,500. Google Glass didn’t really take off, but that whole project was kind of developer-oriented, Google’s smartglasses weren’t exactly meant to sell like crazy or anything like that.

There are a number of people out there who wanted to buy a pair of Google Glass but were unable to, that’s why there are a number of cheaper alternatives out there. The Chinese company Beijing Palo Alto Tech has actually showcased their very own smartglasses which resemble Google Glass a whole lot, the Cool Glass One smartglasses. The company has introduced these glasses at CES Asia, and they’re kind of interesting. The Cool Glass One has a touchpad on the side which lets you navigate through the interface by swiping, which is rather similar to what Google Glass was offering. The Glasses also feature a camera which can take both photos and video in 1080p (1920 x 1080) resolution, and you can connect it to your Android-powered device.

The principal is kind of similar to Google Glass, and the company’s founder even admitted that they were inspired by the Mountain View giant’s smartglass offering. Anyhow, these smartglasses also project an image in front of your eye without obstructing your image, and you can activate the aforementioned camera by a touch of the button. The company says that you’ll be able to record footage for up to 45 minutes, we’re guessing because of the battery of this thing. Unfortunately, we don’t have that much spec info when it comes to this product.