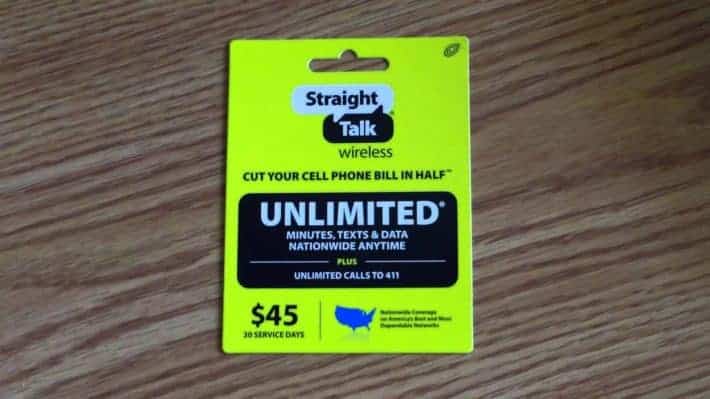 If you own your own phone or are buying an unlocked smartphone, Straight Talk is a good carrier to check out. It's an MVNO, which stands for Mobile Virtual Network Operator. Basically they pay AT&T, T-Mobile and Verizon for the right to use their network. So essentially you're running on one of those three carriers. Unlike Project Fi, you can only run on one carrier. Straight Talk offers unlimited everything for $45 per month. Which is a great deal. However you only actually get 3GB of data for that price. Once you hit that limit you're throttled to 2G speeds, and actually it's closer to about 50kbps as many users have reported.

Straight Talk has opened up a new offering though. If you bring your own phone over to Straight Talk, you can get 5GB of data instead of 3GB. Which is a pretty decent amount of data for $45, especially since you don't get charged overages. This offer does apply to all of their unlimited plans, except for the $30 plan which only nets you 100MB of data anyways. Straight Talk is saying this is a "Special Offer" so we aren't sure how long it'll be available. So if you've been thinking of heading over to Straight Talk, you better do so pretty soon, before this deal is gone.

When you're signing up for Straight Talk, you can choose which network you want to use. We recommend using AT&T, as they work with more unlocked smartphones and generally have better coverage than T-Mobile. Of course, that all depends on location. If you have a Verizon device, then we'd recommend getting Verizon. Or even if you have the Nexus 6, as that will work on all three carriers. As we all know, Verizon has the best coverage and data speeds. And getting 5GB of data on Verizon for $45 is an absolute steal.

We've reached out to Straight Talk to see how long this special offer is going to be good for. They should grandfather everyone in, that does grab it. So if you sign up, you shouldn't have to worry about it being taken away.