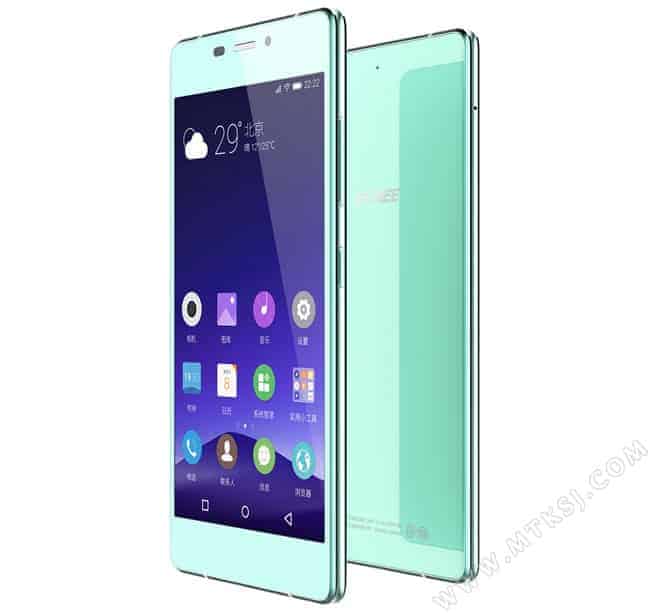 Gionee is a China-based smartphone manufacturer which is not that well-known outside of Asia. This company is best know for their Elife S5.1 handset which was launched last year, that device was the thinnest smartphone in the world for a short period of time and managed to get the company under a spotlight. Gionee plans to announce their new E8 flagship soon, as it was certified by TENAA (Chinese equivalent to the FCC) quite recently. We’re not here to talk about Gionee’s flagship though, but about a device that was announced back in March, read on.

The company has announced their Elife S7 mid-ranger during the Mobile World Congress (MWC) in Barcelona. This handset is available for a while now in China and has launched in India as well quite recently. The Elife S7 is a mid-range device which sports a nice set of specs and is quite capable on paper. Gionee has announced a number of colors when the phone was launched, but not all of them were available at launch. Well, the company has now announced that the ‘Maldives Blue’ version of the device is now available in China for 2,499 Yuan ($403). There’s still no information whether the device will reach India or other markets in this color though.

The Gionee Elife S7 sports a 5.2-inch 1080p (1920 x 1080) AMOLED display with Corning’s Gorilla Glass 3 protection on top of the display and on its back as well. This handset is powered by MediaTek’s MT6752 octa-core processor clocked at 1.7GHz along with 2GB of RAM. 16GB of internal storage ships with this device and Android 5.0 Lollipop comes pre-installed here with Gionee’s Amigo 3.0 OS on top of it. The 13-megapixel camera is located on the back of this device, and an 8-megapixel snapper is available up front. This is a dual-SIM smartphone which offers 4G LTE connectivity and comes with 2,750mAh battery on the inside. The Elife S7 measures 139.8 — 67.4 — 5.5mm and weighs 126 grams. The handset also includes a Hi-Fi level headphone and offers improved sound quality with Hi-Fi sound system. If you’d like to take a look at our hands-on coverage of the device, click here.