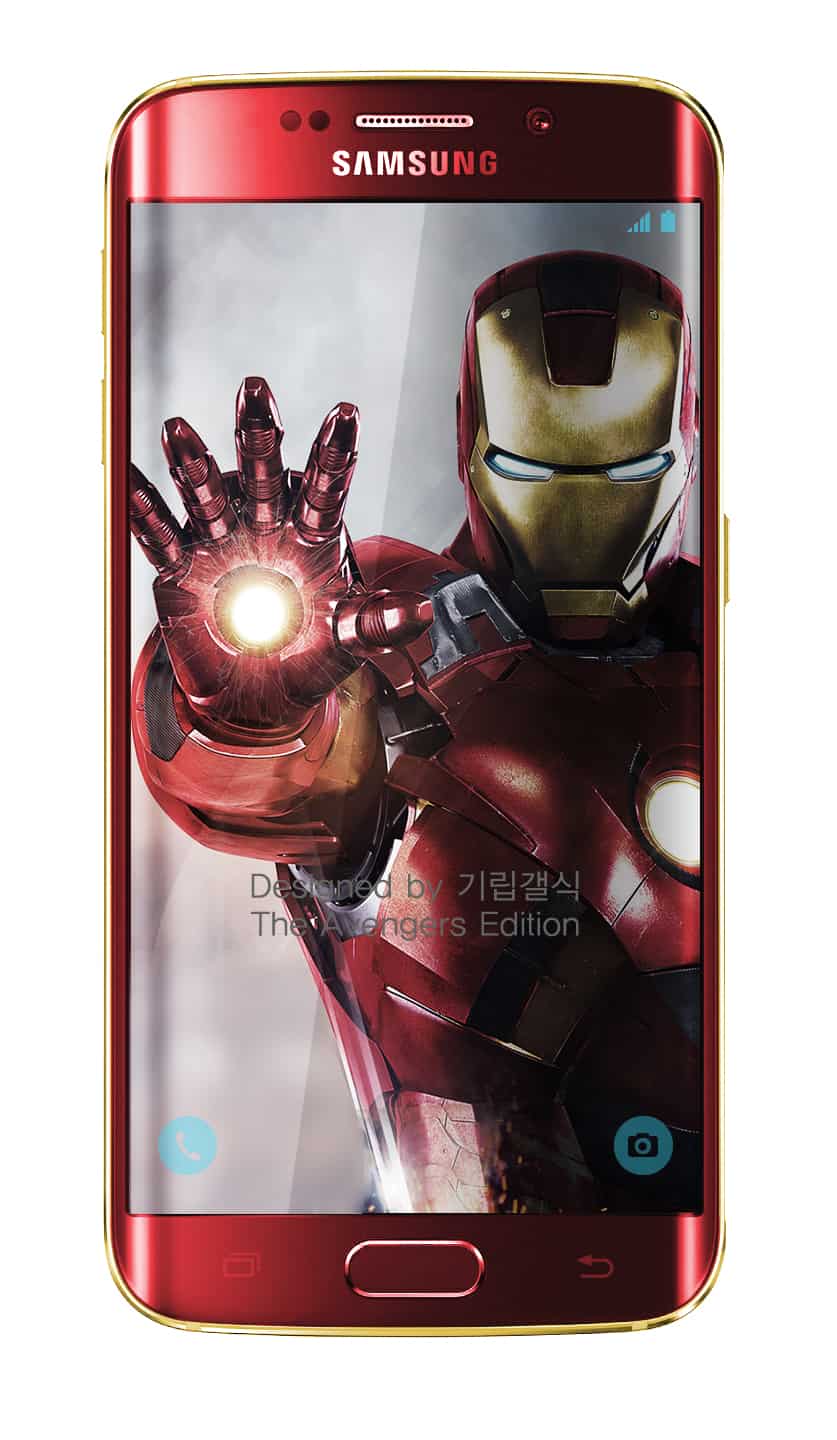 Samsung's newest Galaxy S6 flagships are amongst the most popular devices on the planet at the moment. The Galaxy S6 and Galaxy S6 Edge were announced two months ago during Mobile World Congress (MWC) in Barcelona, and are on sale all over the world. Samsung is no stranger to releasing special edition variants of their device, and last month we talked about Samsung releasing the Galaxy S6 Edge handset in limited edition Avengers themes. Well, we have some more info regarding all that, read on.

The company's executives gathered in a movie theater in Seoul in order to watch Marvel's blockbuster 'Avengers. Age of Ultron'. Why is this so interesting you might ask? Well, Samsung actually collaborated with Marvel a whole lot this time around, this Korea-based tech giant made some prototype devices for the members of Avengers to use in the movie. These devices range from smartphones, smartwatches all the way to Bluetooth earpieces. What's even more interesting, rumors say that some of these devices are even planned for development by the company.

The Head of Samsung Mobile, Shin Jong-kyun, was one of the executives who participated at this event. According to the source, he actually seemed very excited after the movie, and answered all sorts of questions, though he did not want to comment if the company plans to turn any of the products seen in the movie into real life gadgets. As most of you probably know, Samsung has had issues meeting the demand for the Galaxy S6 Edge, and the company's Head said that the Galaxy S6 Edge's production yield has been improved. Mr. Shin has also confirmed that the company has ramped up the production of the Galaxy S6 in May compared to last month.

Regarding the limited edition Galaxy S6 Edge, well, we have some info regarding that as well. The executive vice president of Samsung Mobile has confirmed that the Iron Man edition of the device is on its way, will be available soon. Le Young-hee said that the device will land either later this month, or in early June. Either way, we'll report back when we get more info regarding the device, stay tuned.