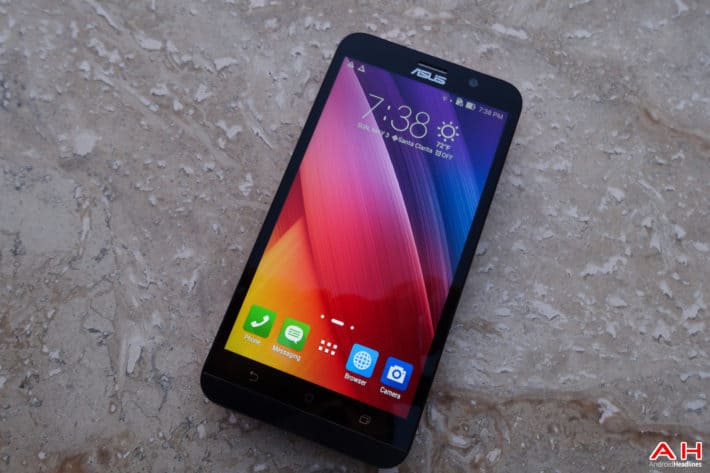 Back in January, at this year's CES event in Las Vegas, ASUS was in attendance and unveiled their highly anticipated next generation, ZenFone, the ASUS ZenFone 2. At the event, most of the details surrounding the device were provided. However, one issue which remained an unknown was when the device would be made available to the North American markets. Well, today at a press event in New York, ASUS officially unveiled and announced the ZenFone 2 for the U.S. and Canada.

In terms of the device, the ZenFone 2 is available in two different versions. The $299.99 version of the device offers a 5.5-inch display with a 1920 x 1080 resolution. Inside, the ZenFone 2 is equipped with a massive 4GB RAM and powered by an Intel Atom Z3580 64-bit processor (clocking at 2.3 GHz). In terms of memory, the device comes as standard with 64GB Internal storage which is coupled with the ability to expand the memory via an included microSD card slot (up to 64GB). In terms of cameras, the ZenFone 2 comes loaded with a 13-megapixel rear shooter coupled with a 5-megapixel front facing option. The ZenFone 2 comes powered by a 3,000mAh battery and ASUS have announced that their Boost Charge will mean a user can get a 60% charge in as little as 39 minutes or alternatively four hours of usage off a quick ten-minute change. The ZenFone 2 also offers LTE support, dual-SIM support and comes running on Android 5.0 (Lollipop) out of the box, overlaid with the ASUS ZenUI on top. In contrast, the $199.99 version will come with much of the same features but will offer a reduction in a number of the baseline specs. These include 2GB RAM, an Intel Atom Z3560 processor (clocking at 1.8 GHz) and 16GB Internal Storage. Lastly, to sweeten the deal ASUS have also announced purchases of the ZenFone 2 will come with 100GB Google Drive storage for free. For those who need a more detailed account of the ZenFone 2, you can read through our review by clicking here.