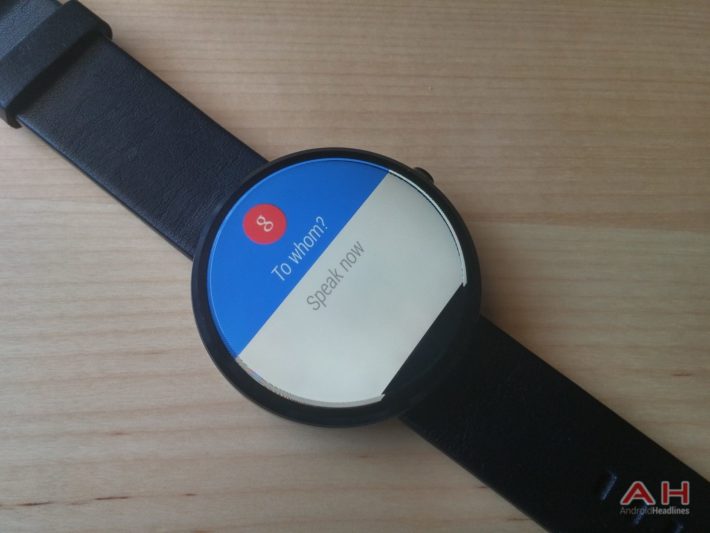 Android Wear has had an interesting year, with some big announcements on both the hardware and software side of things. So, what can we expect from Google I/O next week? A complete redesign of Android Wear is very unlikely, as we just got a big update in the form of Android 5.1.1 not too long ago. Instead, it's more likely that we see Google shore up Android Wear for the next six months, with possible announcements of new hardware partners, new software features to come later in the year and better integration with Google services, along with third-party services, to make Android Wear a lot smarter than it already is.

This is by no means suggesting that the apps we have now are bad, but it's clear that the majority of them are still in their infancy, and this is presumably because there isn't much guidance from Google. This could change next week, as the platform has been available for a full year now, and Google know what users expect from these devices a little better. As such, they can offer better tools and guidance to developers to create well, better apps. The recent update to Android 5.1.1 on Android Wear has made it much, much easier to launch apps so there's a good chance that there will be more of an emphasis on standalone apps, versus a simple extension of a phone app. Plus, we're sure Google has lined up some interesting partners to announce new apps on stage during the keynote, too.

Android Wear watches are currently available from ASUS, LG, Motorola, Samsung, Sony and soon Huawei. That covers some of the biggest names in the Android world, but there's room for more here, and Acer, the company known for pushing Chromebooks quite nicely could quite easily jump onboard. The Apple Watch is definitely a factor here, but Google have the opportunity to say "You don't have to buy just one style of watch" and with more partners making more watches, that sentiment will only become more powerful. There's also a chance that we see Google announce something for Android Wear that isn't a smartwatch, after all the platform may be built for smartwatches right now, but Google Fit has steadily been getting better and better, and a fitness tracker might not be too far away.

Depending on which Android Wear watch you put on in the morning, you could have very little juice left when you get home again in the evening. Some are better than others, and the original LG G Watch, though somewhat unattractive in the face of the Moto 360 and Watch Urbane, has some excellent battery life. The Moto 360 though? Well, the less said the better there, I'm afraid. There's a limit to what can be done through software, but Google has to be working on something to improve communications with the phone, to improve idle battery drain and other tricks. Going forward, Android Wear watches of the future could be packed with new processors designed specifically for smartwatches and battery life could improve dramatically. MediaTek is said to be working on such chips, but without good software, it'll never make that much of a difference.

These are just some of the things that could change Android Wear from next week, but we really can't say for sure what Google has in store for us during I/O next week. One thing's for sure though, we'll be there and we'll be covering the event as it happens, so whatever big Android Wear surprise Google have for us, we'll have all the info.