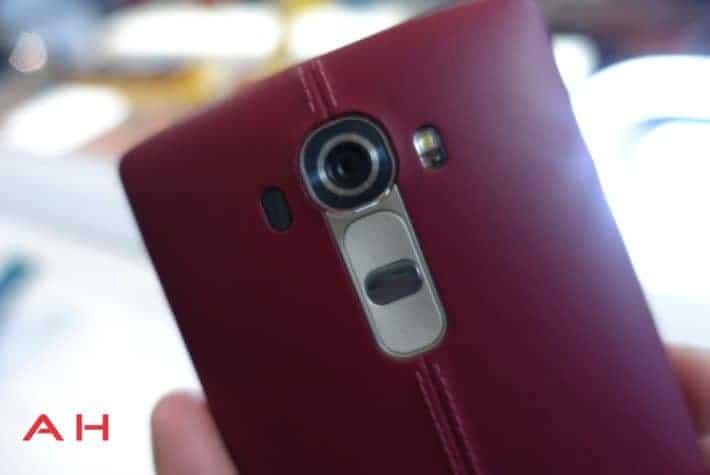 LG has finally announced their new G4 flagship yesterday after months of rumors and leaks. The LG G4 is more or less what everyone expected (thanks to numerous leaks), no matter if we talk about its design or specifications. As you probably already know, the LG G4 will be available in leather and plastic variants, a number of colors will be at your disposal. LG made a bold move and decided to put genuine leather on the back of their newest flagship, which we've already seen done by Motorola, but it's still kind of odd that LG decided to do it.

This Korea-based smartphone OEM is hoping that this new identity of their G4 flagship will attract customers, though it's a risky move. LG has five smartphone manufacturing plants located all over the world, and the largest one is located in Seoul, South Korea. This plant has 25 assembly lines and is able to manufacture 3.5 million smartphones a month. LG is one of the biggest smartphone OEMs in the world, but it still falls behind Samsung, its Korea-based competitor. LG managed to earn $2 billion in cash at the end of 2014, while Samsung managed to get almost $16 billion. Both of those OEMs fall behind Apple though, a company which managed to gather almost $195 billion last year.

The LG G4 is a bold move by LG, but the question remains, will it sell as well as the G3? The LG G3 was one of the best selling flagships in 2014, and LG is hoping that their new offering will do even better than its predecessor. The G4 will quite probably retain the price point its predecessor had, it will probably be priced around $600 without a contract. LG also says that they started developing the G4 even before they launched the G3. "When you look at the iPhone, it's a very well-made machine, but we like to make something very warm — something similar to fashion," said Ramchan Woo, the man in charge of the whole G4 project.

LG's process of treating the leather is actually similar to the ones used in fashion, and the company even adds a special coating on top of the leather in order to make it more resistant to water, dust and some minor scratches. It actually takes company three months to treat the leather and make it ready for the G4. As most of you probably already know, LG also made special camera modules for the G4, well, LG Innotek did, but that's LG's company. The LG G4 features a 16-megapixel OIS sensor on the back (f/1.8 aperture) which should provide great images under more or less any condition. The 8-megapixel snapper is located on the front side of this device and is also supposed to be quite good. LG's new camera actually has a color scanner, which should make it able to provide much better colors than its predecessor. That's not the only addition though, LG has really put an effort into developing this camera and if you'd like to get more info, visit our LG G4 specs article.

There are many aspects of the G4 that are improved compared to its predecessor, and another one worth mentioning is certainly its display. LG G4's display is way brighter than G3's and offers more accurate colors. The company says that this panel is actually able to meet 98% of a Hollywood visual color standard called the Digital Cinema Initiative. In comparison, the iPhone 6 Plus meets only 80% of that standard, and that's the best alternative available at the moment according to Mr. Woo. All in all, the LG G4 is a significant improvement over its predecessor, but will this bold move actually pay off for LG? We'll find out in due time.