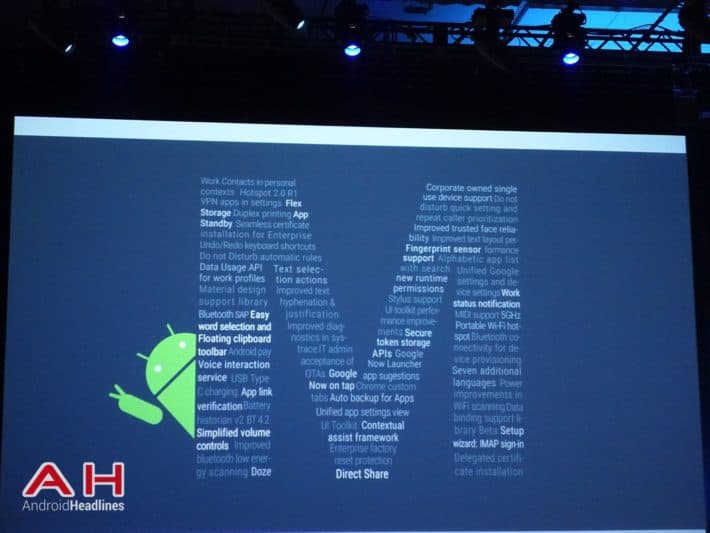 Among all the new things to expect in Android M with the final release when it hits later this year in the Fall, most of the changes could be argued as a being a little less exciting for many users, but there will also be a good many users who will be happy to have these changes. As it’s been stated many times over, Android M isn’t about a complete overhaul with tons of new visual changes and awesome new features, it’s more about the refinement of the OS and bringing everything together in a more cohesive state and delivering a more well-rounded mobile OS version to users.

A couple of other new tweaks to expect with Android M are native support for Bluetooth-connected styluses, and a slightly visually altered share menu. You may or may not use a stylus, and in fact, the majority of Android users probably don’t, and those that do may not use them very often. For the group of people which happen to use them day in and day out though, seeing Bluetooth stylus support come to Android through the M release is likely a welcomed change. This is still a ways off as Android M has months before it will be officially rolled out and even then, it will still have to trickle out to the majority of devices that are upgrading which will take even more time.

The other new feature we mentioned above is the updated share menu. Right now in Lollipop when you hit the share button from virtually most applications, you’re presented with a short list of share options (the apps you have installed which allow sharing capabilities) that can be expanded upon to view the entire list, which might require some scrolling if you have quite a few apps installed. In Android M this list is being turned into more of a grid layout which, if for nothing else, seems like it will allow Google to save some space as more app icons seem to be able to fit within the Grid layout than the expanded list format without scrolling. The grid layout for the sharing menu was already present in at least a couple of apps, but Android M seems to be getting it rolled out system wide.