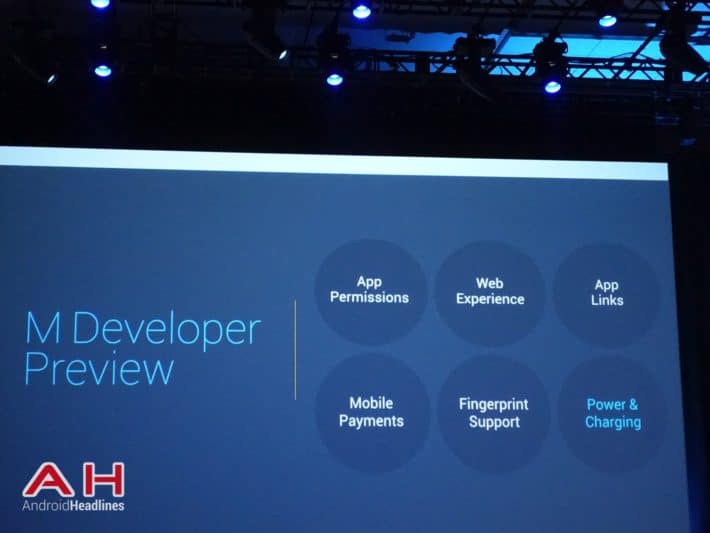 As you all know by now, Google I/O is taking place in San Francisco as we speak. Google has wrapped up the keynote not long ago, and during the keynote, the Mountain View tech giant has announced a slew of tech goodies. Google’s Developer Conference is not over, of course, so you can expect a ton of more coverage to come. That being said, we’re here to talk more about the new version of Android Google has announced, the Android M.

We still don’t know how this version of Android will be called, but Google did share quite a few details with us though. The company has demoed the Android M Developer Preview during the keynote, and has announced that the Developer Preview will be arriving to Nexus 5, 6, 9 and Nexus Player. Well, it’s already available for download for those of you who are interested, just follow the source link down below which will take you directly to Google Developer’s page.

Android M brings forward a lot of improvements to Google’s operating system. Google has talked about many aspects of it during the keynote, but the main emphasis is on optimisation. The company said that they squashed a lot of bugs and generally optimized the system. Google has also introduced quite a few features during the keynote, so let’s take a quick look at those as well.

Android Pay was a rather important topic at the keynote, and it will be supported on all devices running Android 4.4+ which have NFC support. The usage will be really simple, and Google has already partnered up with a number of US OEMs in order to insure that Android Pay will be supported. Fingerprint support will be supported natively in Android M, which should make things easier for developers, and the company has also introduced ‘Doze’. This feature will actually check if you’re using your device or not, and will kill off tasks in the background in order to preserve battery life.

Type-C USB will also be supported, and Google has also revamped the app permissions. The Chrome browser will get ‘Custom Tabs’, which will let developers have more control overall and integrate their apps better. There you have it folks, if you’re interested in the Android M Developer Preview, follow the source link down below. That being said, you can expect the final version of Android M to start rolling out in the third quarter of this year.