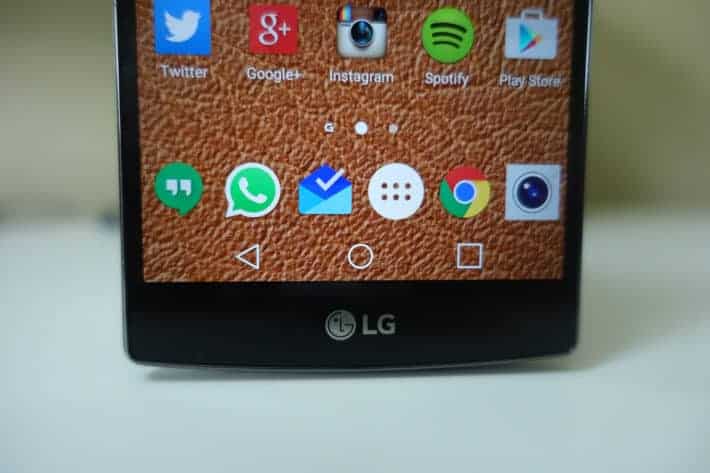 One of the joys about having on-screen buttons is the fact that you can change them. Say you don't like the home button on the left, and you want it on the right, you can change that. Or you want to add another button, with the LG G4, you can add QMemo+, QSlide, Dual Window and a few others. Today we're going to show you exactly how to do that.

To edit the softkeys, just jump into Settings > Display > Home Touch Buttons. From there you'll see three options. Under Button combination you can add the notification pull down, QMemo+, QSlide, and Dual Window. That's in addition to the home, back and recents keys you already have. You can have up to five keys. Which can be arranged however you wish. You can also change the color, however you're limited to just black and white this year. If you'd like to hide the home touch buttons in certain apps, that's possible as well. Just tap on the "Hide Home Touch Buttons" and then choose the apps you'd like to have them hidden in. So get to the buttons inside those apps, simply swipe up from the bottom and those buttons will appear.

If you root your LG G4, you will be able to do much more, in terms of editing the softkeys. Including the look of the keys. But without root, this is about as far as you can go. It's great to be able to edit these keys, especially for those that are coming from a Samsung device, where the back button is on the other side (many would say wrong side, but that's for another day). It's also great to be able to hide these buttons while in certain apps, so you can take advantage of the full 5.5-inch display.

We'll have many more LG G4 tips and tricks leading up to the official launch. Which we still don't have a concrete date for just yet. It looks like it'll be around the end of May or early June. We'll keep everyone informed though.