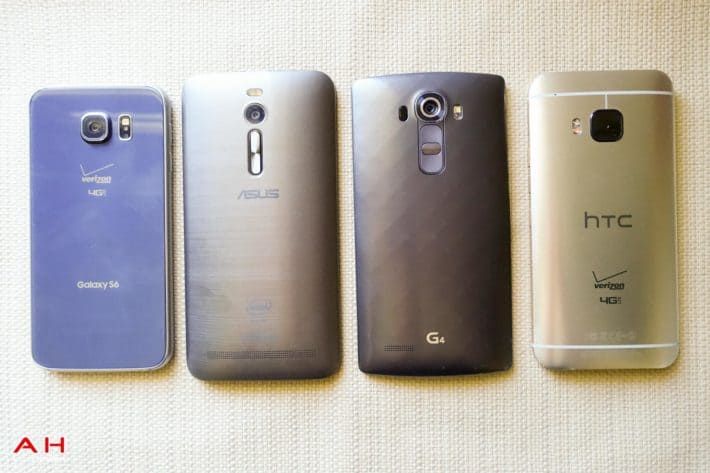 ASUS has been making smartphones for a few years now. Many of you may not know that because their smartphones have basically stayed in Asia, and recently started coming over to Europe. In fact, ASUS has shipped over 10 million Zenfones. Now that's nothing to sneeze at, considering that's only four models, and just two years. Earlier this week, ASUS announced the Zenfone 2 for the US. There wasn't much in terms of surprises at their NYC event this past week, except perhaps the price. ASUS is offering the Zenfone 2 with 4GB of RAM and 64GB of storage for as little as $299 off-contract and unlocked. That should definitely have their competitors worried, especially the likes of Samsung, LG, HTC and Motorola.

Let me explain. The ASUS Zenfone 2 basically is on par – spec wise at least – with the latest and greatest from Samsung, LG, HTC and Motorola. While ASUS has stuck with a 1080p display, that's still on par with the HTC One M9 and the Moto X. ASUS has also jumped into bed with Intel, which isn't a bad thing. Especially considering this Intel chip is actually really good. And on par with the latest from Qualcomm. The biggest difference between ASUS' offering and the likes of Samsung, LG, HTC and Motorola? Price. The Galaxy S6 is around $700, the HTC One M9 and LG G4 is around $600-650 and the Moto X is around $500 – it's worth noting these are the unlocked prices when these particular devices launched. Meanwhile the ASUS Zenfone 2 can be had for as low as $199 if you want just 16GB of storage, while the more popular 4GB of RAM and 64GB of storage is going for $299.

I've spent the last few days with the Zenfone 2, pretty much since Monday. And I can comfortably say that I would consider the Zenfone 2 over the LG G4, or the Galaxy S6. And I probably wouldn't regret it. ASUS has a great phone on their hands here. Name another 5.5-inch smartphone with 64GB of storage that can be had for under $300 unlocked? Not even OnePlus could do that, their 64GB OnePlus One is $350 and needed an invite system.

We've talked many times before about these companies from Asia coming over to the US and offering their devices, and ASUS is probably the first one to really do it. If the others, like Meizu, Xiaomi, Huawei, and ZTE, come over here in the same fashion, this could spell big trouble for the big manufacturers that are having massive success in North America and even Europe.

If you haven't had a chance to check out our review of the Zenfone 2, Nick reviewed the Chinese variant of it already. The US variant will get it's review shortly though.