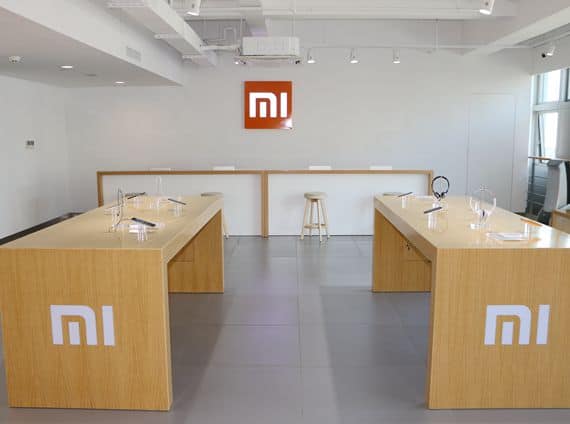 Xiaomi is China's number one smartphone manufacturer, and in the top five OEMs worldwide. This company has huge appetite for success, and has managed to climb to the number 1 spot in China in less than 5 years since it was founded. Xiaomi sold 61 million smartphones last year, and intends to raise that number all the way up to 100 million. Keep in mind that the company is officially selling its smartphones only in Asia at the moment, well, parts of Asia that is.

A big part of Xiaomi's success is their relationship with the consumers. The company has a very interesting approach to selling smartphones and the main way of advertising is via social networks. They keep people tightly updated on the happenings, not only the company, but the company's executives. That being said, Xiaomi has another way of communicating with consumers, a concept called 'Mi Home'. What is Mi Home? Well, these are essentially Xiaomi's showrooms where they let consumers play around with the company's products and generally hang around. There are currently 19 Mi Home showrooms operational in mainland China, but the company plans to open a new one in Hong Kong soon. Xiaomi's showrooms actually resemble living rooms in order to provide a nice comfortable atmosphere to the consumers. These showrooms are filled with couches and Xiaomi's products, not to mention that there are Mi TVs all over the place.

The aforementioned Hong Kong-based Mi Home will a room filled with 55-inch Mi TVs and a large hall for events and what not. One thing to keep in mind is that Mi Home's are not stores, you can't purchase anything over there, these are strictly showroom for you to play around with Xiaomi's devices before you decide to purchase them. Mi Homes are filled with people when Xiaomi is announcing something, though that is to be expected. When talking about Mi Homes, Xiaomi's Global Vice President, Hugo Barra, said the following: "Mi Home is a place for fans to meet each other and hang out".

Mi Homes shouldn't be confused for service centres either, Xiaomi has over 500 of those all over the world. The whole Mi Home concept is very interesting and definitely a nice way for the company to connect with the consumers. Consumers in China have easy access to Xiaomi products and can play around with them before deciding if they want to purchase them or not. The consumers can always visit their local carrier and play around with a certain device, but Mi Home atmosphere is completely different than the carrier stores, perhaps that's why they're so popular in China.