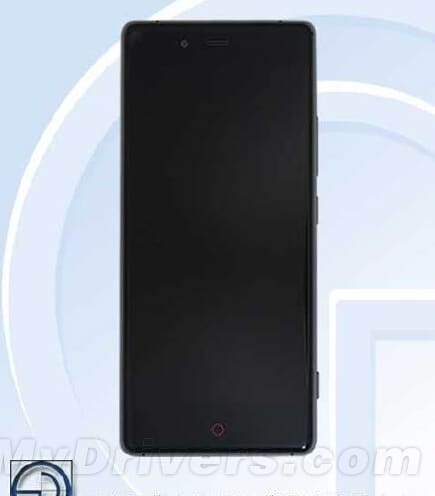 It seems like we receive new info regarding ZTE's upcoming Nubia Z9 flagship on a daily basis. This handset has been leaked like crazy over the last couple of months. We've seen a ton of leaked images and info regarding the device itself, and ZTE's General Manager also leaked some info. According to the ZTE's GM, this handset will be 'bezel-less' and sport special functions on its side edges. We also know that the Nubia Z9 will launch on May 6, the company has confirmed that fact and has already sent out invitations for its event.

We have some new info to share with you now, the Nubia Z9 was certified by TENAA (Chinese equivalent to the FCC) and basically confirmed the phone's specs and design. TENAA is usually an extremely reliable source of information, but this listing just seems… well, inaccurate. The listed model is Nubia XN508J, and the pictured phone actually looks exactly as the leaks were suggesting, like the Nubia Z9 Max / Mini but with far thinner bezels on the sides. Now, for the weird part, according to this listing, the Nubia Z9 will we powered by an octa-core processor clocked at 3.5GHz and sport a whopping 8GB of RAM. This seems highly unlikely considering the phone will almost certainly ship with the Snapdragon 810 64-bit octa-core SoC clocked at 2.5GHz and ship with 3 or 4GB of RAM on the inside. The listing says that the phone will sport a 5.15-inch display and offer 32GB of non-expandable internal storage, though we've been expecting it to offer microSD expansion. TENAA's listing confirms 16 and 8-megapixel camera sensors on the phone's back and front, respectively, like it was the case in ZTE's recently announced Nubia Z9 Max and Z9 Mini handsets. The 3,000mAh battery will also be a part of this package and the Nubia Z9 will ship with Android 5.0 Lollipop pre-installed with ZTE's OS on top of it. The phone will measure 144.9 x 72.1 x 6.4mm and weight 180 grams.

Every single piece of Nubia Z9's spec sheet seems spot on except for the listed RAM count and processor clock speed. As previously mentioned, TENAA is usually an extremely reliable source of information, so this is more than odd. The launch event of the Nubia Z9 is just a week away, let's see what ZTE is planning.