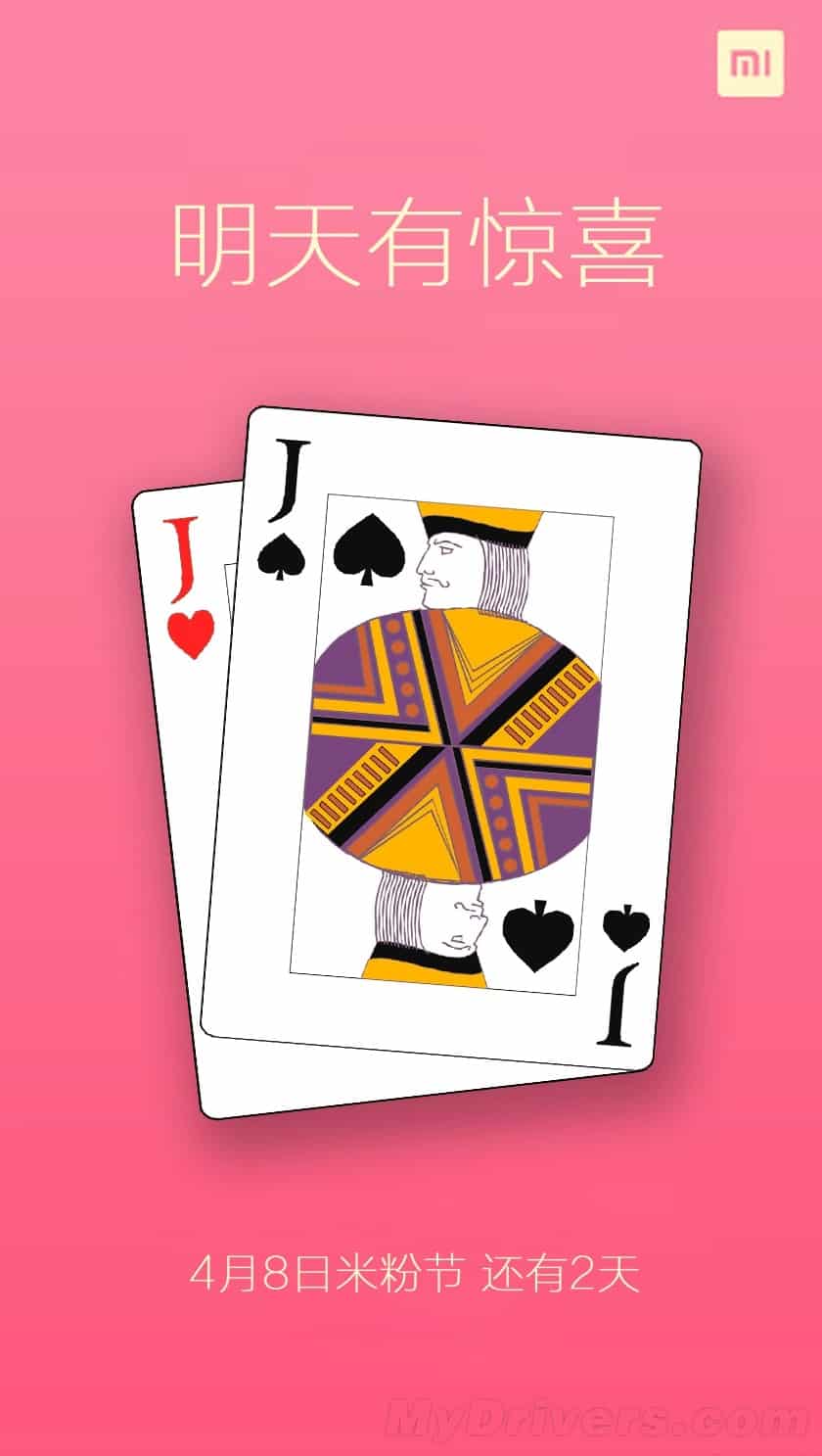 Xiaomi is celebrating their 5 year anniversary today. This company is now the number one smartphone manufacturer in China, and third-placed worldwide, which is staggering considering they're only 5 years old. Anyhow, the company has held their anniversary event quite recently, where they announced a slew of new products. Xiaomi has announced the 55-inch Ultra HD Mi TV 2, extremely affordable Leadcore-powered Redmi 2A handset, Smart Scale, Pink version of the Mi Note handset, etc. The company has announced quite a few products, if you'd like to check out everything that was announced, visit this article.

Well, it seems like announcements are not over just yet. This China-based smartphone OEM has released yet another teaser which suggests we'll see something new announced on April 8th. As you can see in the provided image, Xiaomi has decided to use two Jacks (cards) to tease something. Truth be told, we're in the dark here, but it seems like Xiaomi users might have an idea what's this all about. According to the source, some users are suggesting that this is supposed to suggest a really affordable price of the upcoming product, and the Mi Pad 2 seems like a possibility. We haven't seen that many Mi Pad 2 leaks thus far, but the image of its chassis and the rumor that will sport a metal body and glass back have surfaced lately.

Previous rumors have been suggesting that the Mi Pad 2 will retain the 7.9-inch display, but that Intel's SoC will power it on this time around, not the Nvidia's Tegra K1 chip. 2GB RAM and 16GB of storage are also expected to be included here, and it still remains to be seen if Android 4.4 KitKat or Android 5.0 Lollipop will come pre-installed here. One thing is for sure, no matter which OS we're talking about, Xiaomi's MIUI skin will certainly be installed on top of it. We're still not sure that the Mi Pad 2 will get announced on April 8th, this is just a guess at this point. There are quite a few other products that Xiaomi might announce, like the company's first smartwatch and the Redmi Note 2. Either way, we'll find out soon, stay tuned.