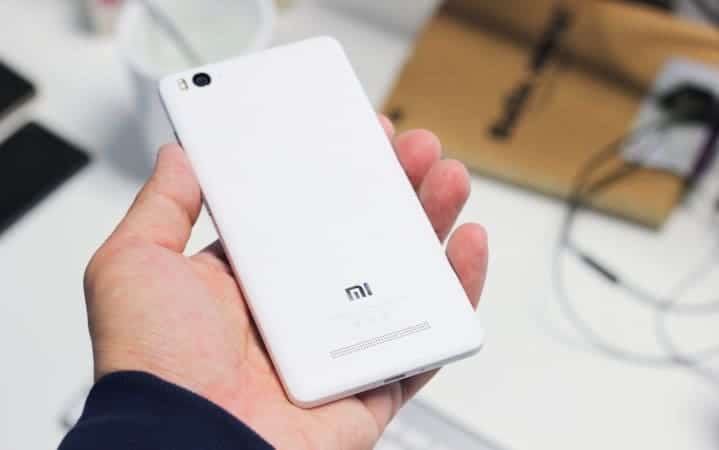 Xiaomi has just announced their much rumored Mi 4i handset in India. We've already covered the initial announcement of this device, and are here to take a closer look at its specifications. The Xiaomi Mi 4i actually turned out exactly what we thought it would be, a lower-end Xiaomi Mi 4 with a polycarbonate body and various color options to choose from. The device actually resembles the iPhone 5C, Meizu M1 Note and Meizu M1 a whole lot thanks to the colorful wrap-around polycarbonate body. Anyhow, let's take a look at its specs.

The Xiaomi Mi 4i features a 5-inch 1080p (1920 x 1080, 441 PPI) Sharp / JDI 'Sunlight' display (178-degree wide-viewing angle, NTSC 95% ultra-high color gamut, Gorilla Glass 3 protection), 2GB of RAM and 16GB of internal storage. Qualcomm's Snapdragon 615 64-bit octa-core processor (four 1.7GHz cores & four 1.1GHz ones)  is powering this device along with the Adreno 405 GPU which ships with it. If you take a look at the back of the device you'll find a 13-megapixel camera (Sony/Samsung CMOS sensor, 5-element lens) with f/2.0 aperture which is flanked by a dual-LED, dual tone flash. The 5-megapixel shooter is located on the front side of this device and it sports an f/1.8 aperture. Xiaomi has even implemented a 'Beautify Mode' for the front-facing camera which is supposed to make the selfies look far better. The 3,120 battery is also a part of this package and Xiaomi claims that this handset sports a 38% larger batteries than other smartphones in its range.

This handset does offer 4G LTE support and it comes with Android 5.0 Lollipop pre-installed with Xiaomi's MIUI 6 OS running on top of it. The Xiaomi Mi 4i also comes with a Quick Charge feature which will let you charge this device up to 40% in one hour, while a 100% charge will take three hours. Xiaomi's newest mid-ranger is also 12% thinner and 13% lighter than its older brother, the Xiaomi Mi 4. It also has a 10% larger display than the iPhone 6 and 7% higher screen-to-body ratio than Apple's current flagship. It's also worth mentioning this is a dual-SIM handset and that it comes with Bluetooth 4.1 and Wi-Fi 802.11ac support. This handset will be available in Black, White, Red, Cyan and Pink color options and will cost Rs. 12,999 ($205) in India, other countries will follow. The device will be available through Snapdeal, Amazon and Flipkart in India starting April 30th.