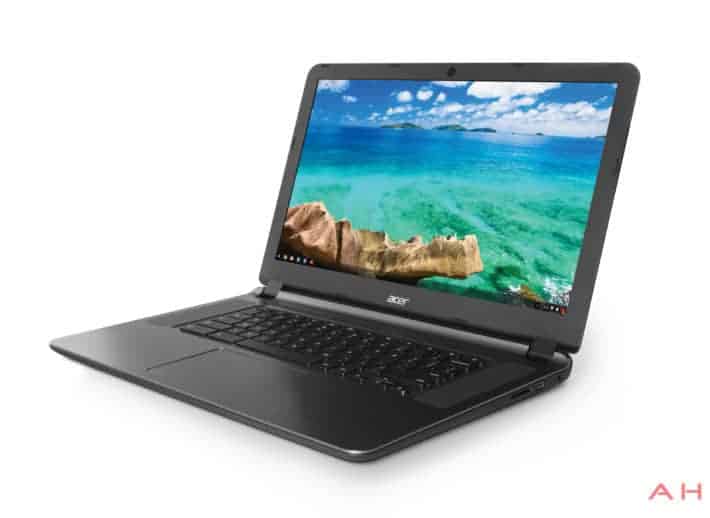 Google's other mobile operating system is called Chrome OS, which is essentially the Chrome browser sitting atop a lightweight Linux distribution and typically available as a Chromebook, although other types of computer are available. Most current and recent Chromebooks have been based around a device with 2 GB of memory. Whilst this is adequate for many people, the more experienced Chromebook user will soon find that their computer starts to slow down when switching between different browser tabs. Now, many computers are able to be upgraded but unfortunately, most Chromebooks are designed along somewhat similar lines to smartphones or tablets. You can sometimes easily replace the battery, or add in additional memory via a memory card slot, but replacing components inside the chassis is often difficult.

Unfortunately, the fact of the matter is that Chromebooks are not designed to be user upgradeable or even repairable. Older models are more likely to be able to be upgraded or repaired because more modern designs are smaller, thinner and therefore the internal components are also smaller, thinner and typically embedded in a way that makes it nearly impossible to remove. Older products are more likely to have socketable chips, which may be relatively easily removed and replaced. Modern Chromebooks have their processors, RAM and storage drives soldered to the motherboard, with glued cases that need to be very carefully pulled apart. Examples of Chromebooks that are extremely difficult to upgrade include the Toshiba Chromebook series, the ARM-based Samsung models, most Acers and later versions of the HP Chromebook 11.

However, some older models are relatively easy to upgrade – if you are looking for an upgradeable Chromebook, you're going to have to be looking at used models. This is actually perfectly sensible since tinkering around inside a Chromebook will invalidate the warranty (if there is one remaining) and could brick or destroy the device. There are three models that the source website reports are relatively easily upgradeable: the Acer C710, Acer AC700 and the HP Chromebook 14.

The Acer C710 and older AC700 models support hard drive or solid state drive upgrades plus higher capacity RAM modules. The C710 contains two DDR3 1333 PC3 10600 memory slots, which may be accessed by unscrewing the back slot. Each slot supports 8 GB, giving a theoretical maximum of 16 GB of RAM. Some C710s have a 320 GB mechanical hard drive onboard and others use a 16 GB solid state drive; in both cases, a 7mm SATA II solid state drive may be installed. Not all drives are reported to play nicely with Chrome OS, so check online before buying a replacement.

One of the most popular Chromebooks available, the Acer C720 and C720P, are upgradeable – but there are many different versions of SKUs of each device and sadly, not all may be upgraded. Most appear to support a higher capacity solid state drive not not all RAM modules, as these are soldered onto the mainboard. If you are wanting to replace the storage drive, again check online as whilst many units are compatible, not all are.

The HP Chromebook 14 – the orginal, glossy black model, not the colorful model we now know and love – supports RAM upgrades for some products, again up to a maximum of 16 GB, plus solid state drive upgrades. Unfortunately, it appears that upgrading components in the HP Chromebook 14 requires nearly completely disassembling the device in order to get to the necessary components. HP's own documentation shows that the Chromebook 14 supports a 32 GB solid state drive, with some users reporting that it'll cope with a larger drive but anything over 128 GB causes issues.

We've also seen reports that the older Samsung Chromebook, the Series 5 550 (powered by the Intel Celeron 867) can have both the storage and RAM modules upgraded. Here, the Series 5 550 can have another 8 GB of RAM added via the RAM upgrade slot as it comes with 2 GB already soldered to the motherboard. The Samsung Series 5 powered by the old Intel Atom N570 and CR-48 devices can have the storage drive upgraded but there's no ability to upgrade RAM; they're stuck with the 2 GB of soldered memory.

If you decide to upgrade your Chromebook, or if you are buying an older model to tinker with and upgrade, one thing to bear in mind is that an older model may not offer the same performance as a newer machine, even after an upgrade. Doubling the RAM of a 2 GB Chromebook to 4 GB makes a noticeable improvement providing the user has enough tabs and applications open to notice it. If you only tend to have one or two tabs open and don't keep many files stored on the local drive, you are not likely to notice an improvement in performance if you were to upgrade the device.