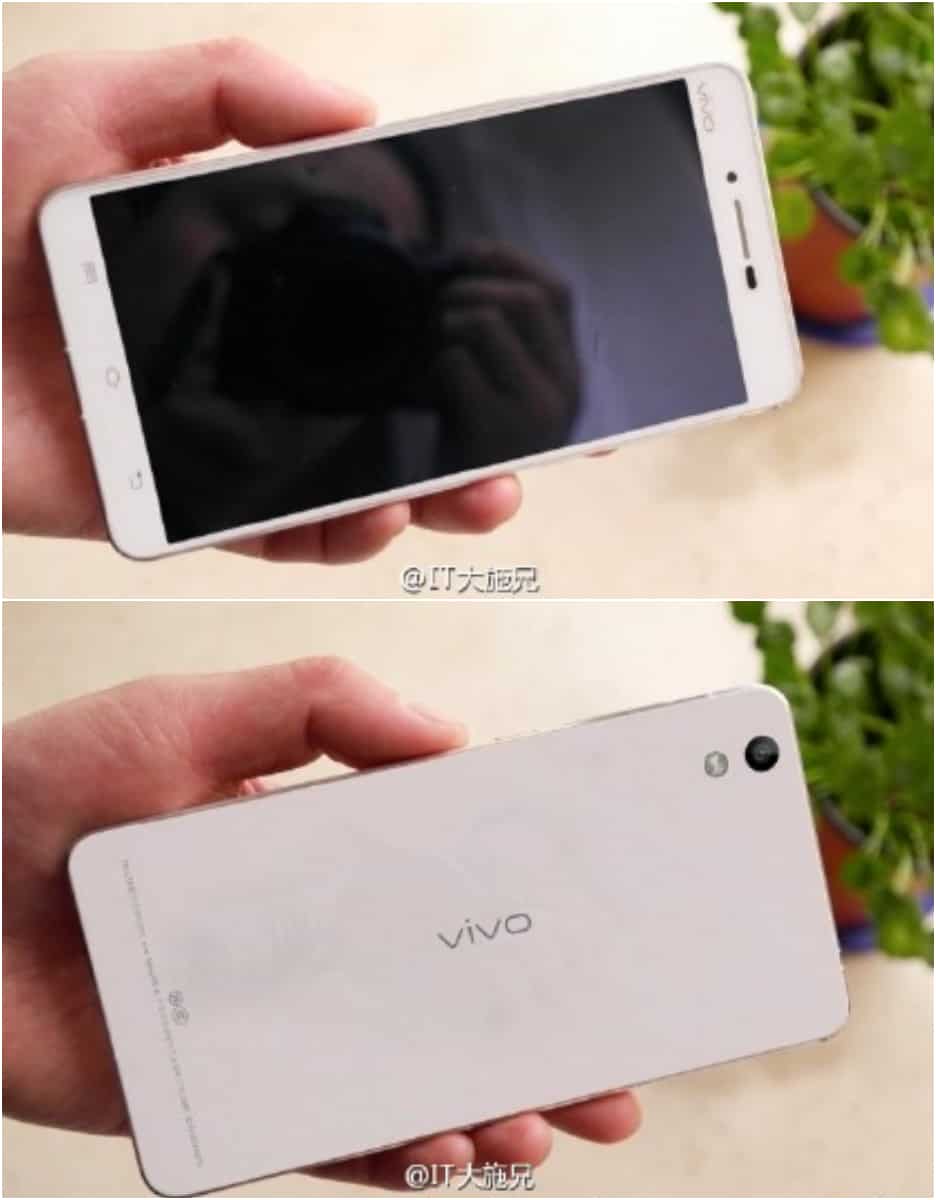 We haven't heard from Vivo in quite some time. This China-based company has announced the Vivo X5 Max at the beginning of last month, but haven't heard much from them since then. Well, some new info surfaced regarding the device that leaked way back in November, the Vivo XPlay 5S. Back in November, an image of this device surfaced along with some spec information, but the company hasn't announced that device to this day. Well, some additional images surfaced today, and it seems like the company will announce the handset next month. Anyhow, let's see what's new.

If you take a look at the gallery below the article, you'll notice three new images showcasing the Vivo XPlay 5S. You'll notice that this handset is made out of metal and that it has two speaker grills at the bottom of the device. The source also says that 2.5D curved glass will be present here as well. According to previously leaked info, this handset will feature a 6-inch QuadHD (2560 x 1440, 490 PPI) display along with 3GB of RAM and 32GB of internal storage (expandable via microSD card up to 128GB). Qualcomm's Snapdragon 805, 808 or 810 processor will power on this handset. We can't be sure which SoC will this company include here, the Snapdragon 805 was mentioned back in November, but it's likely that they might want to improve upon that before they release this handset. 13-megapixel camera (f/1.8 aperture) will be located on the back of the device and an 8-megapixel wide-angle shooter will be available up front. The 3,500mAh battery will also be a part of this package, and the Vivo XPlay 5S will ship with Android 4.4.4 KitKat pre-installed with Vivo's Funtouch 2.0 UI on top of Google's operating system. The November leak also mentioned that this handset will be only 5.68mm thick, which is quite interesting considering the 3,500mAh battery was listed as well.

As you can see, this will be the company's new flagship device, we still don't have any information regarding its price though. The Vivo XPlay 5S will hopefully launch next month, we'll let you know as soon as we get some additional info regarding all this, so stay tuned.