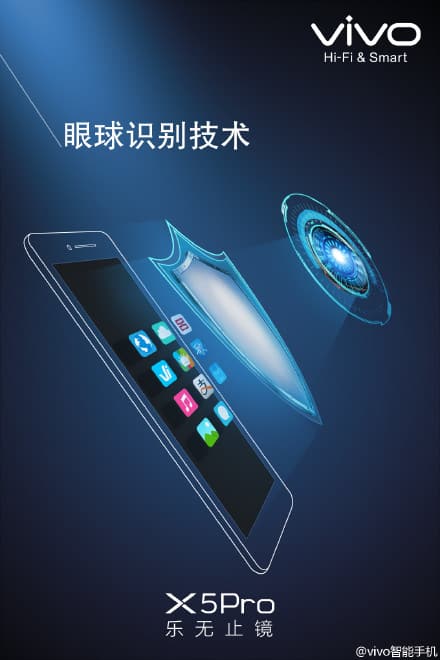 Two Vivo-branded handsets have been all over the news in the last couple of weeks, the Vivo X5Pro and Xshot3. The rumors have been saying that the X5Pro will ship with mid-range specifications while the Xshot3 is expected to feature the Snapdragon 810 and 4GB of RAM. Anyhow, we're here to talk more about the Vivo X5 Pro. Vivo has already teased the premium build of this device, as well as its whopping 32-megapixel front-facing camera. Vivo is nowhere near done hyping up this device it seems, they've released yet another pair of image teasers.

According to the company's latest teasers, the Vivo X5Pro will pack in a retina scanner, and a 2.D (double-sided) glass will also be a part of this device's build. These panels will be coupled with the previously mentioned metal frame, and the phone will also ship with a PDAF (phase-detection auto-focus) camera. Vivo X5Pro will also ship with Android 5.0 Lollipop with the company's FunTouch OS 2.1 on top of Google's operating system. Another interesting tidbit here, the 32-megapixel camera on the front will quite probably use the same technology and the camera you can find on the Oppo Find 7, or at least something similar to that. In case you don't know, the Oppo Find 7's camera can take a ton of images in a short period of time and stitch them into a 32-megapixel photo. This, of course, doesn't mean that we're looking at a 32-megapixel sensor here, that's quite probably not the case. The aforementioned Find 7 handset sports a 13-megapixel shooter which does all the work we've talked about.

We still don't know when will the X5Pro launch, but considering the amount of teasers we're seeing lately, that could happen really soon. Some rumors did mention that this handset (quite probably the Xshot3 as well) could see the light of day next month. The rumors have said that Vivo is planning to hold a press conference early next month. We cannot confirm that the conference will actually take place so early, but we'll see. Either way, both of these devices seem rather interesting. Either way, we'll let you know if any additional info surfaces. 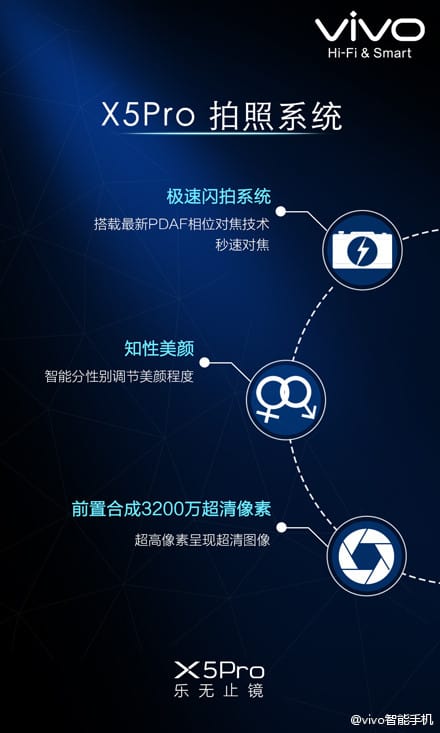