Online abuse through social media appears to be a bigger problem then some may realize, and according to Twitter it's happening more and more via its service. Although the 140 character tweets may lend themselves well to public and social abuse online, Twitter is changing its content boundaries and use of Twitter to cover a more broad scope of violence and abuse. Changing the policies is only a partial step though, and Twitter would need to implement something that could take care of any such actions. To combat this problem, Twitter has a new feature that it's testing and wants to make permanent which has the ability to sniff out and identify tweets that are abusive against other users.

The feature is said to identify violations automatically and through different standards like verifying the age of the account and checking whether or not tweets are alike any that have already been labeled as abusive by moderators, Twitter will attempt to lessen the amount of abuse happening on the service, although it's likely they'd rather stop the abuse altogether. Should any accounts be found acting abusively or violent to others, staff members will have the ability to now lock those abusive accounts for a set period. This may or may not do as much as Twitter is hoping to stop accounts from posting abusive or violent tweets, as people often create new fake accounts to engage in such types of activity. This is where Twitter's new feature can come in useful to analyze the age of the account.

Updating their policies on abuse and violence is a direct result from the changes they sought to make after Twitter CEO stated they "suck at dealing with abuse," and while it may help them to deliver some sort of action in response to those acting out in this way against other users, other new features like their new "direct messages to anyone" open the door for more potential abuse than before. This of course is not Twitters intent with the direct messages, but it's an unfortunate side effect that some accounts will most certainly use to attack others. 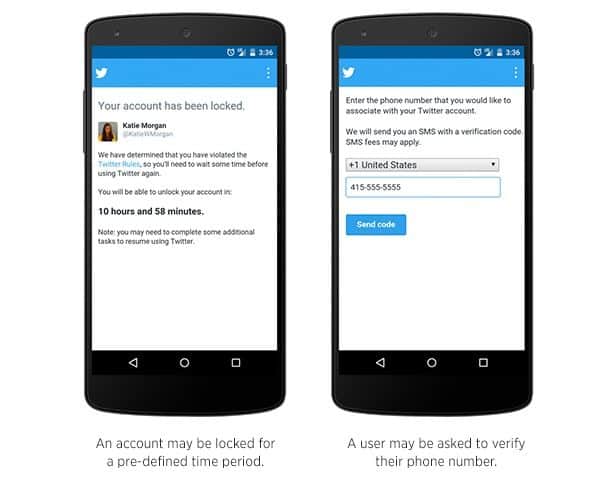