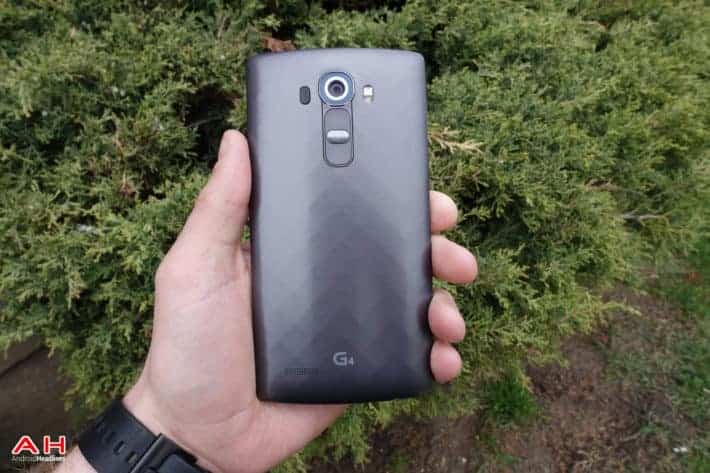 Earlier this week, LG finally took the wraps off of the LG G4 in a few cities around the world. One of them being New York City, which is where we got a chance to go hands-on with the device, as well as go home with our review unit. We’re using the Korean version of the LG G4 right now, however, all of these features should be available on all models of the LG G4. So that shouldn’t matter. Having said that, let’s dive into the top features of the LG G4. 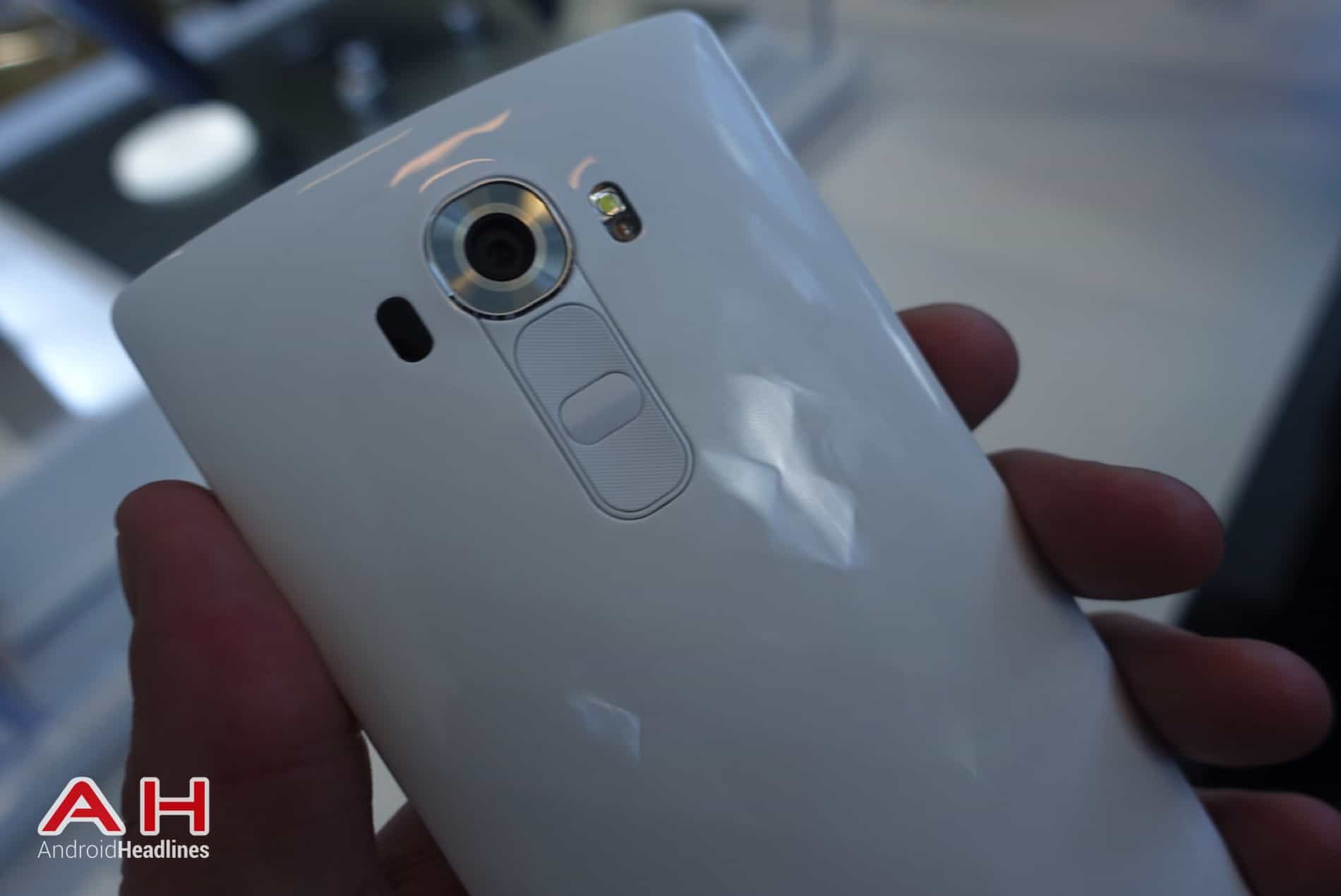 I often refer to the camera as “dat camera” on social media. The camera is just that good. It really is. LG spent quite a bit of time talking up the camera of the LG G4 at their launch event on Tuesday, and for good reason. LG has been making some pretty good cameras since the LG G2, which started the OIS trend, at least for LG. Then they brought in OIS+ and Laser AutoFocus onto the LG G3. Now with the LG G4, LG has stepped up the camera game even more. Giving it a 3-axis OIS (which basically means that you’re going to get even better stabilization), as well as f 1.8 lens. Which allows more light to get into the pictures. Makes it a great camera for low-light.

I’ve been using this LG G4 for a few days now, and I’m amazed with just about every image. LG really did a great job here. 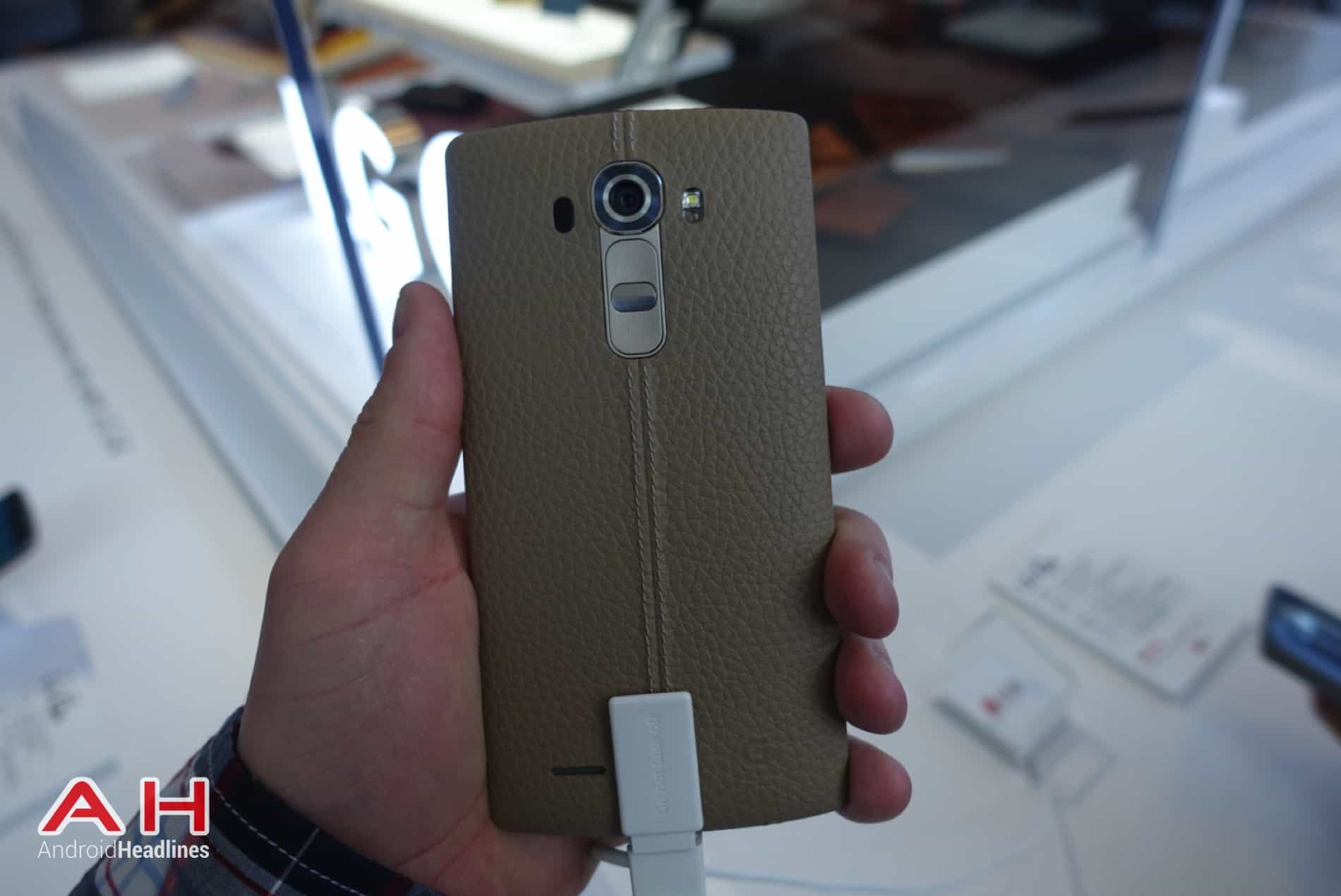 A lot of people have asked what’s all the hype around the leather backs. I think the biggest thing about is how it looks and that it’s something different. For quite a while, everyone was just doing plastic. Whether it was polycarbonate or glossy plastic, it all pretty much looked and felt the same. Now we’re seeing OEMs venture out into other materials like glass, aluminum, wood and leather. The Moto X 2014 has leather, but it’s not a removable back. The LG G4 has a removable back, which means you can swap out your plastic back for a leather one, or swap colors very easily. That’s a pretty big deal, if you ask me. But LG, please make these backs available, everywhere. 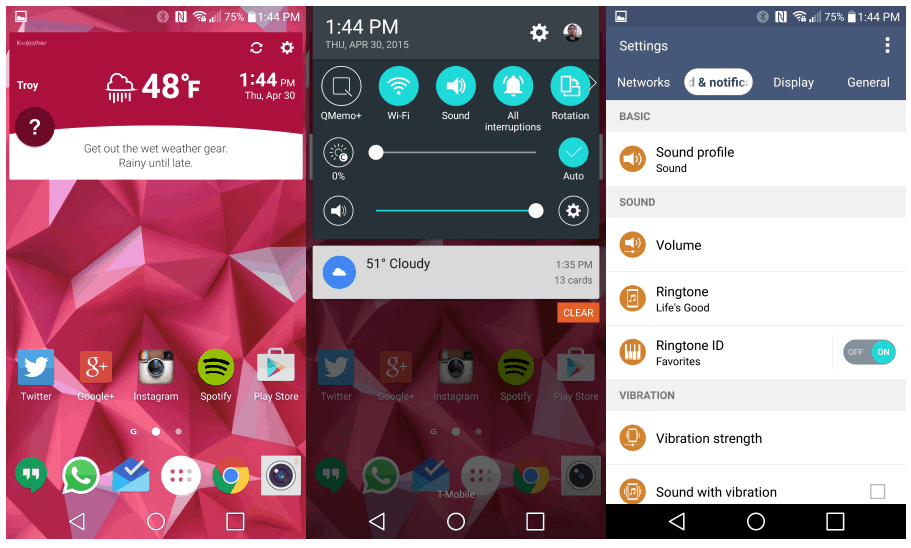 Much more than a feature, but LG has really cleaned up their UI this year. Not that it was messy before, but it was just all over the place. And it didn’t look as appealing as some of the other skins out there. We saw a slight revamp in the LG G Flex 2 earlier this year, but the LG G4 got an entirely new UI. And it really looks great. It’s also smooth as butter, which is just as important. The only complaint I can find so far is in the Settings, when you have it in tabs. The “Sounds & Notifications” tab scrolls when you have it highlighted. Again, it’s just being nit picky, as the rest of the software appears to be top notch. 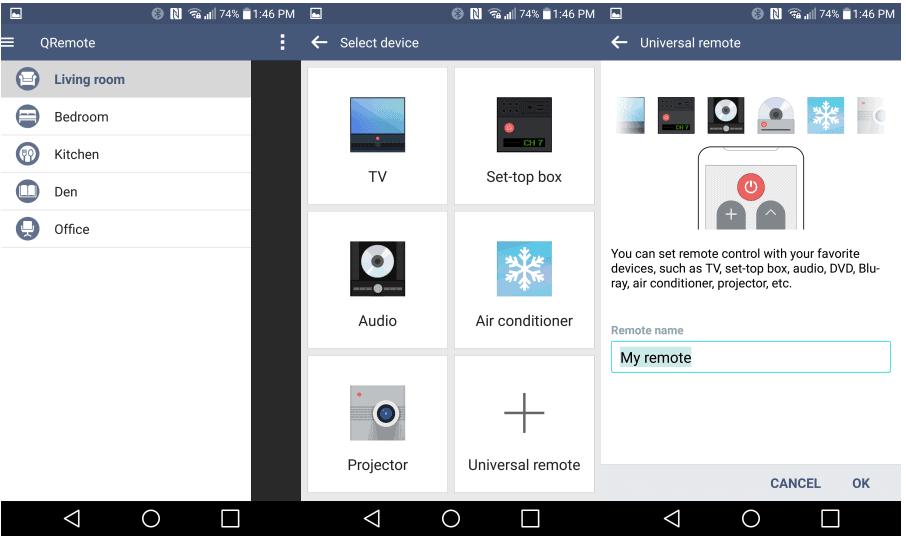 This isn’t really a new feature, but one that is often forgotten. The QRemote is an app that’s been around since the LG G2 back in 2013, and is still here. Using the QRemote App you can control your TVs in your house as well as other appliances, using the IR blaster at the top of the phone. And man it’s awesome to be able to use your phone as a remote control for your TV. This is a really underrated feature, but one that many people love, that actually use it. 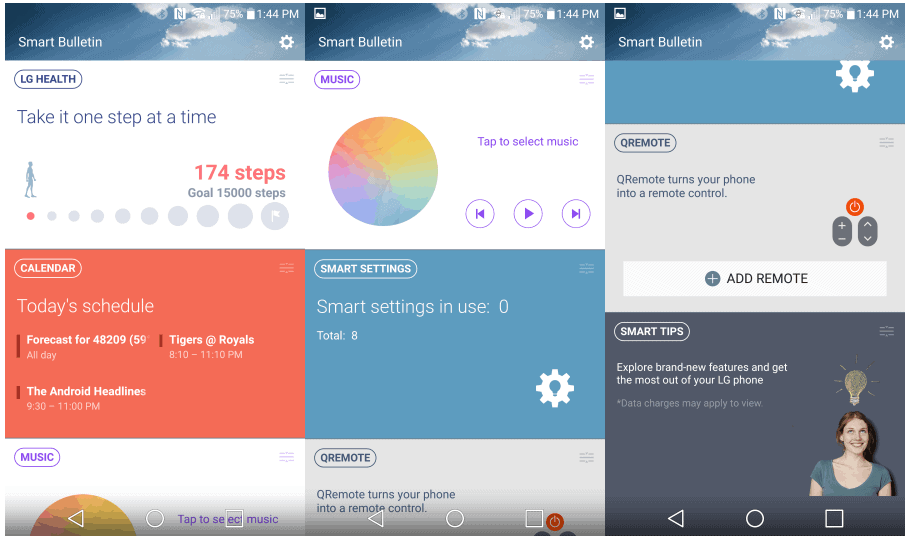 Sorta similar to HTC’s Blinkfeed and Samsung’s Briefing features they have. Smart Bulletin is located on the left side of the first home screen. And includes even more info than the LG G3’s version did. So you have LG Health, Calendar, Music, Smart Settings, QRemote and Smart Tips. Being able to just swipe to the left screen and see your calendar is pretty amazing. Not to mention seeing your step count, music that’s playing and being able to control your music all from that screen. There’s also smart settings, which we’ll be diving into a bit deeper later on.