Skip to content
Trusted By Millions
Independent, Expert Android News You Can Trust, Since 2010
Publishing More Android Than Anyone Else
23
Today
63
This Week
328
This Month
2283
This Year
112363
All Time Every month, we try our best to put together a selection of the Top 10 Android Wear apps and watch faces from the past month. It doesn’t seem like much has changed in the past few weeks, but there have been some interesting launches in the past couple weeks, and it’s a good time to be in to watch faces, as there are a lot on offer these days. Read on to see what we came across for April! 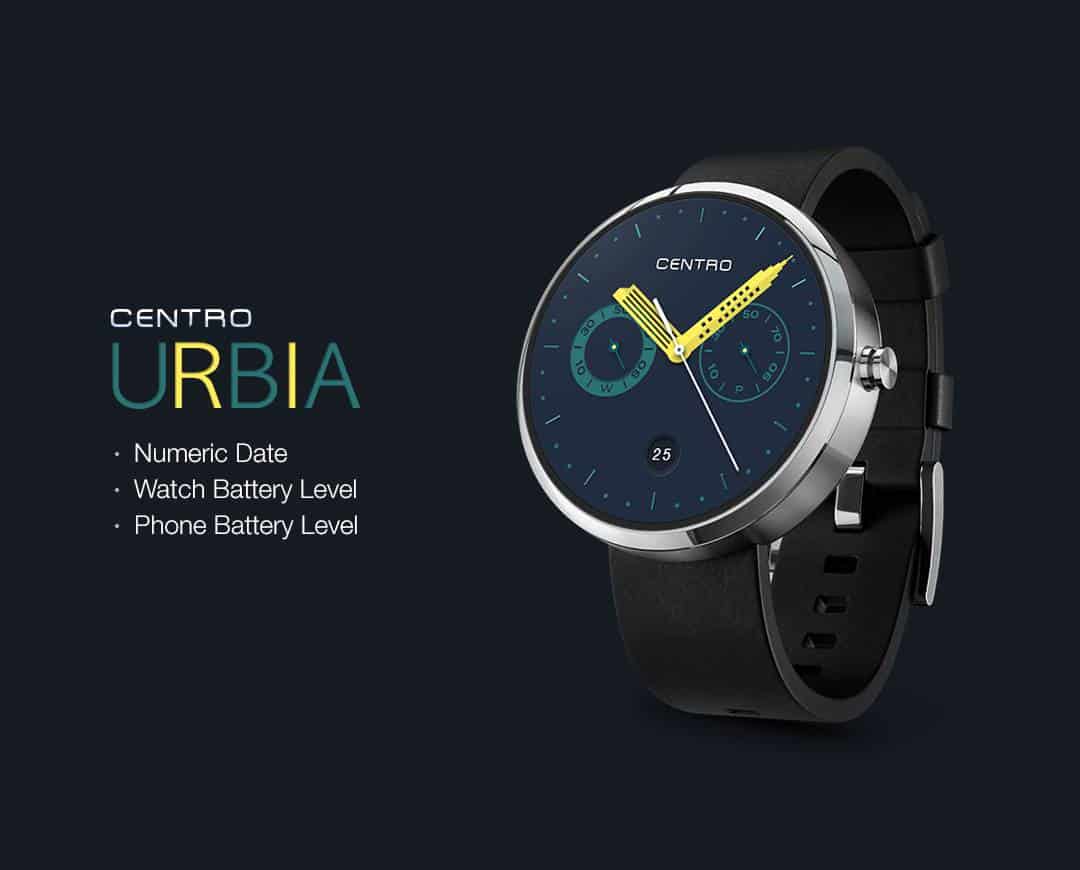 If you’re interested in analog watch faces that are a little “out there” then this won’t disappoint. Centro Urbia is a great-looking watch face that has some retro 50’s styling about it, but also feels very modern. It is a little pricey though, which is a shame as there’s not many options on offer. 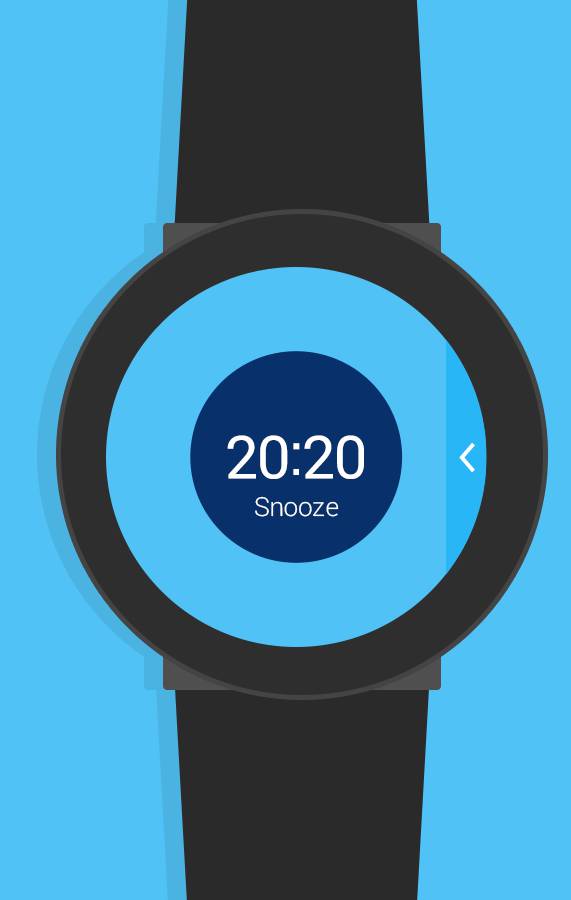 PiPitto isn’t an out-and-out Android Wear app, but rather another alarm clock for Android, as you know we’re short on those. PiPitto offers a good selection of features, as well as Android Wear support for those that find themselves over sleeping, while having a nap. It’s a great app that’s well worth taking a look at, and it’s nice to see something different every now and then when it comes to the humble alarm clock. 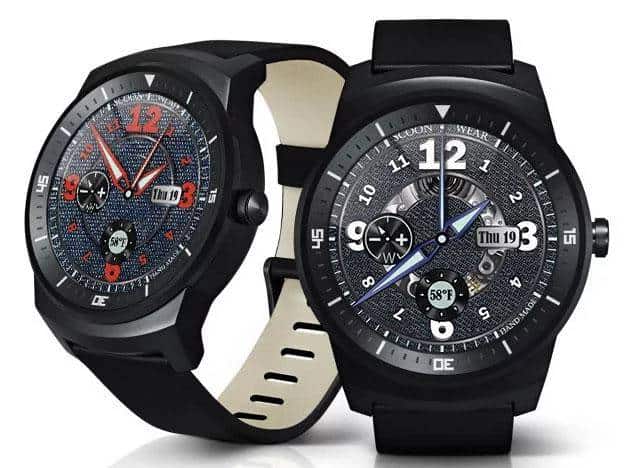 So, you like premium jeans? Okay, well this watch face from Scoon will help you celebrate denim right there on your wrist. It’s a cool watch face that has a good deal of options to change. Of course, if you don’t wear jeans, then this isn’t for you, otherwise this is one of the more unique inspirations for a watch face design we’ve come across. 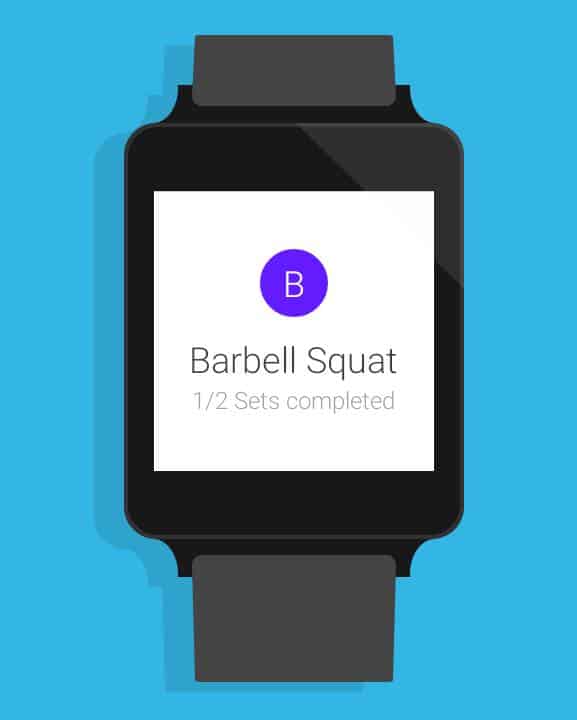 Progression is not strictly an Android Wear app, as it mostly works on your smartphone or tablet however, paired with an Android Wear device it becomes much better. Progression is one of the few apps that will use a smartwatch to tell you how you’re progressing with a weightlifting set. This is something that practically every other fitness tracker forgets and while this isn’t exact, it’s a great use of the extra screen on your wrist. 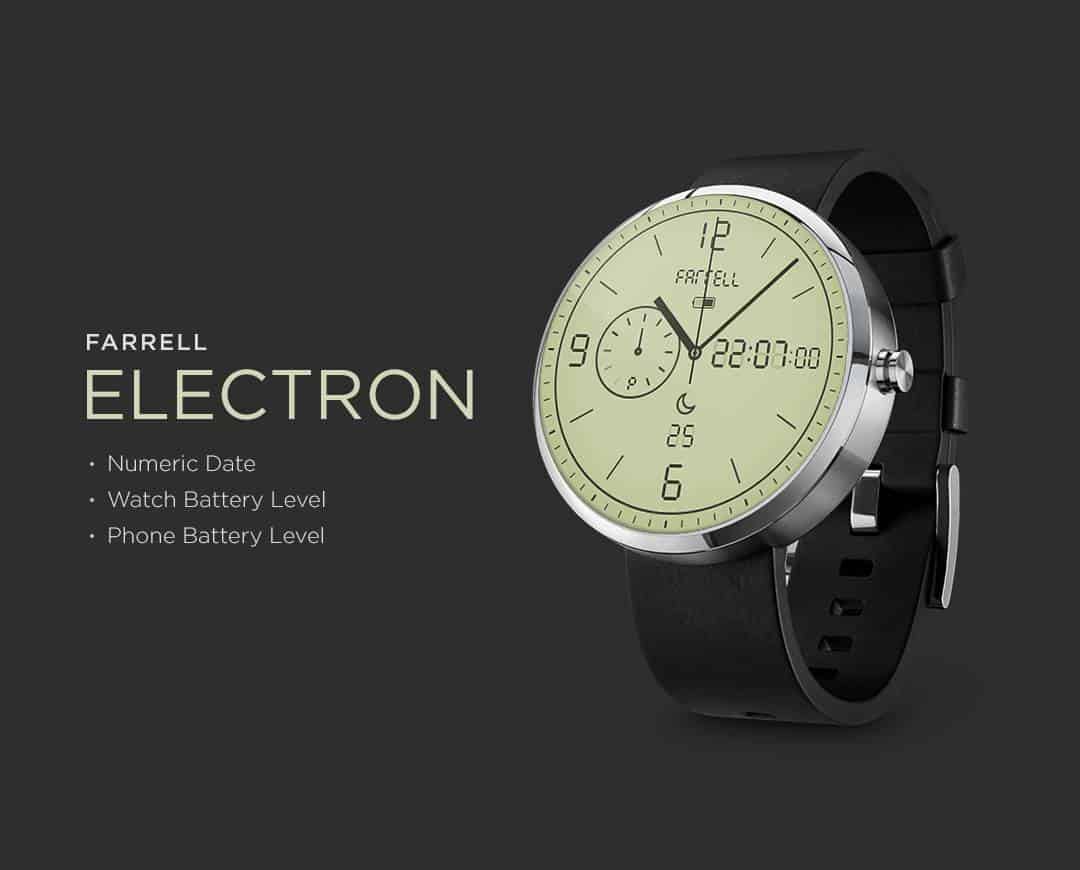 If you’re looking for an analog watch face yet still want to remember you’re using a digital watch, then Electron is a great compromise. It’s basically an LCD display from the 90s and it looks great on something like the Moto 360, but also looks good on the likes of the ASUS ZenWatch and others. It is a little pricey however, but it’s certainly a good-looking face. 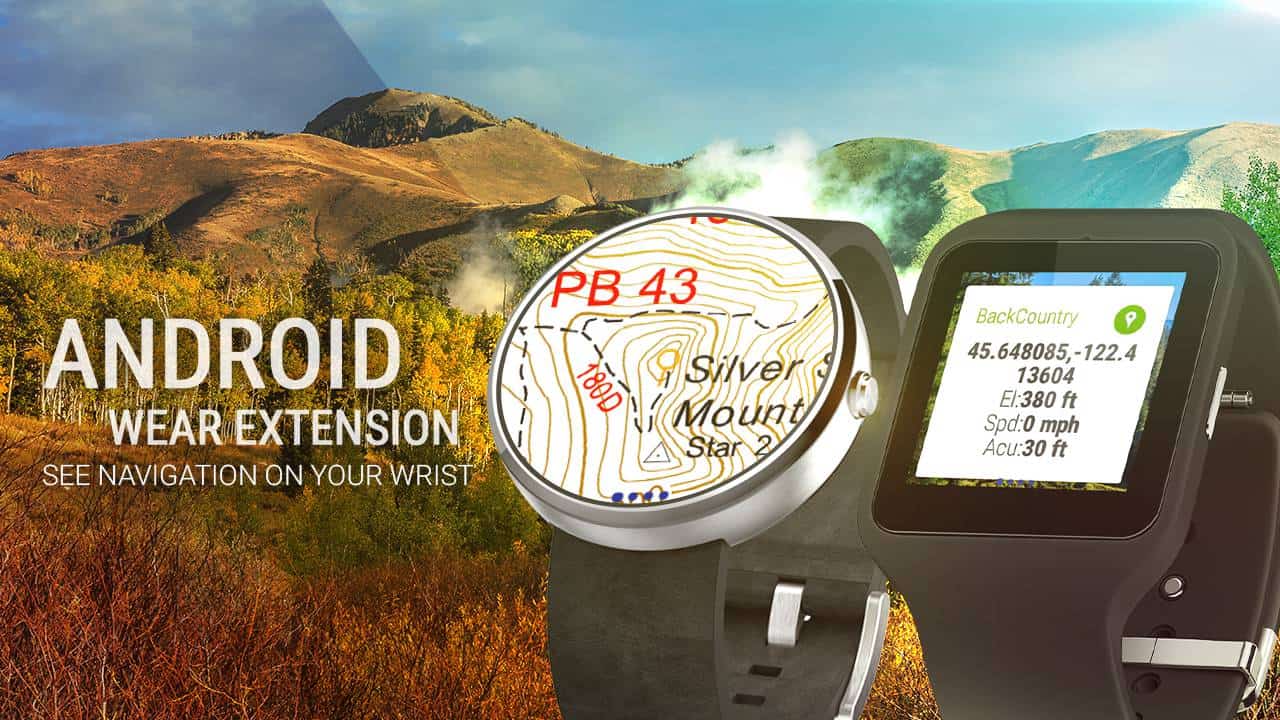 Hiking is something that a lot of people like to do with their spare time, and considering it’s not as intensive as a full-on run, anybody can get started. Knowing where you’re going is important though and BackCountry Navigator is an app that while expensive, will provide all sorts of maps to help navigate the outdoors safely and it’s good fun, too. Now, the app has excellent Android Wear support, making it easier to keep on trucking without having to get out your phone all the time. There is also a free version to try out as well. 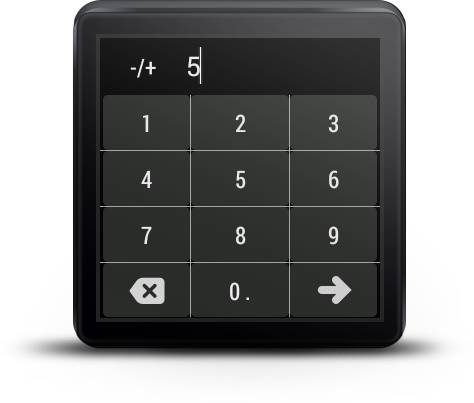 Converter Wear is a great addition to any Android Wear device, and if you’ve been missing your Casio calculator watch, then this will replace that hole in your life. This is the sort of thing a smartwatch is good for; small bits of information that don’t need to be interrupted. This little app is fairly easy to use and there’s a phone app to go along with it, too. 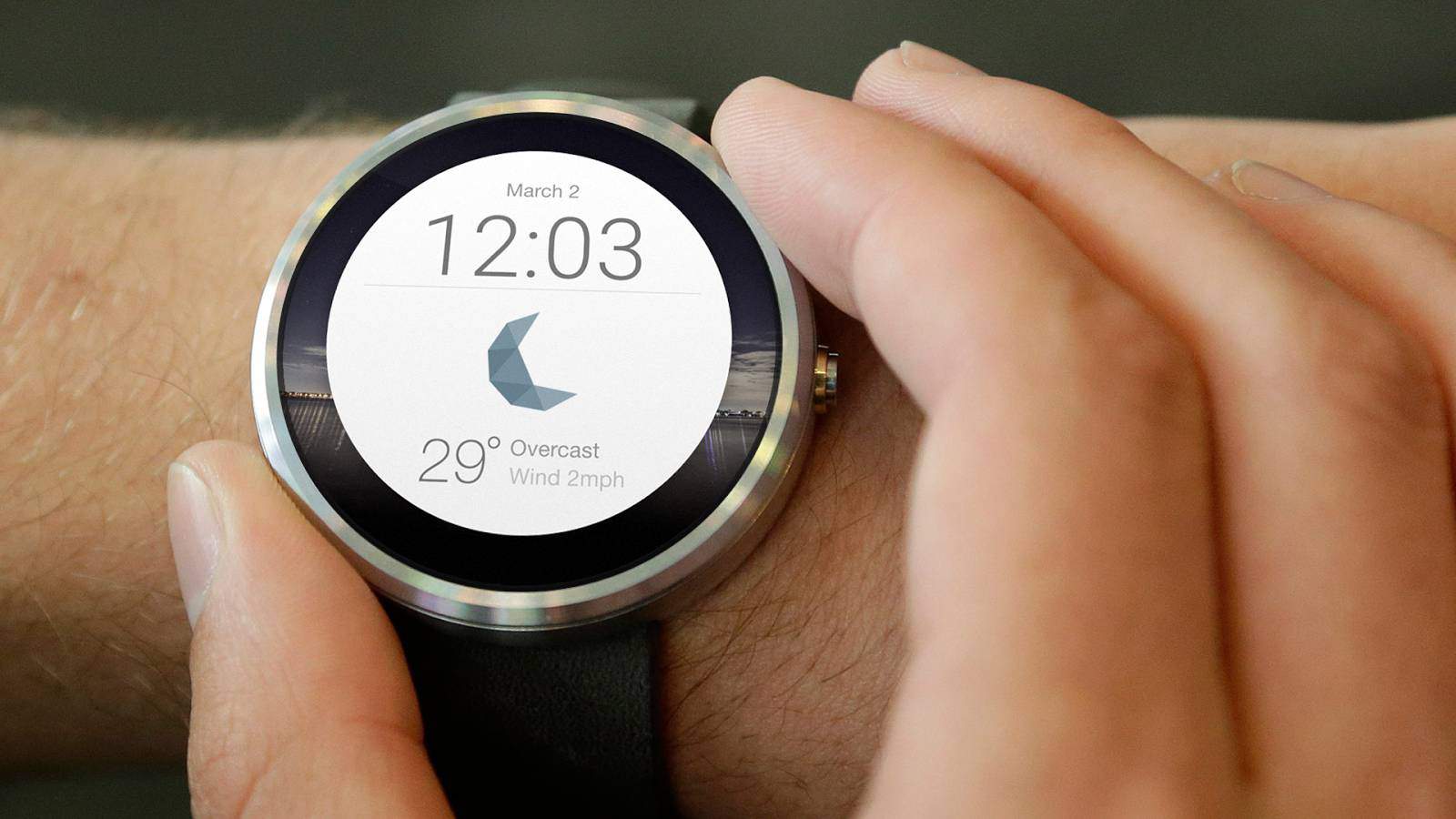 Leaflet clock is named as such because all the information it displays fits into one small piece of paper, just like a leaflet. Basically, this is a great watch face for those really into Google Now and Material Design as it channels the best of both to show off the weather and the time effectively, and quickly on your wrist. There’s a small unlock fee which gives you more backgrounds and quicker weather updates. 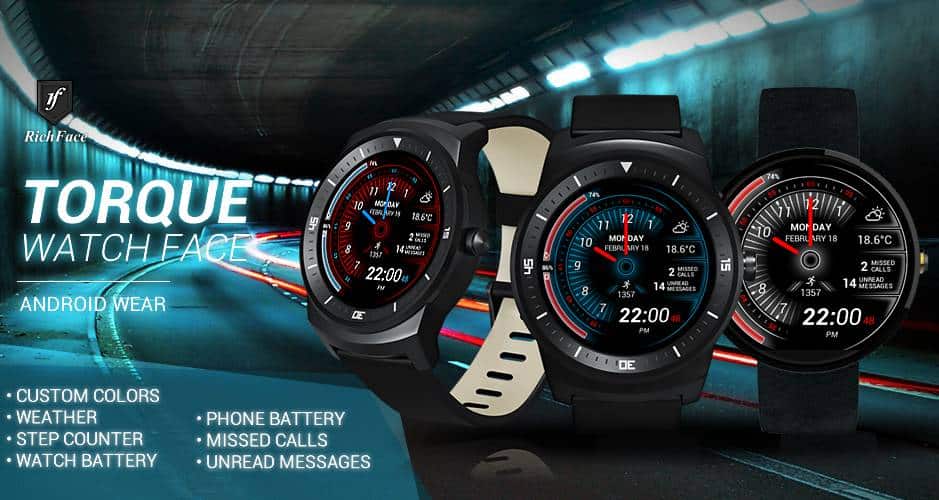 Seen the new Fast and Furious film recently? Want to take a speedometer with you everywhere you go? Then Torque is the watch face for you, as it basically turns your smartwatch it a sort of speedometer, display the time in bright neon colors and laying it all out like it would while at the wheel. It’s a good-looking face, and the step counter is pretty ironic for a face that looks like a speedometer. 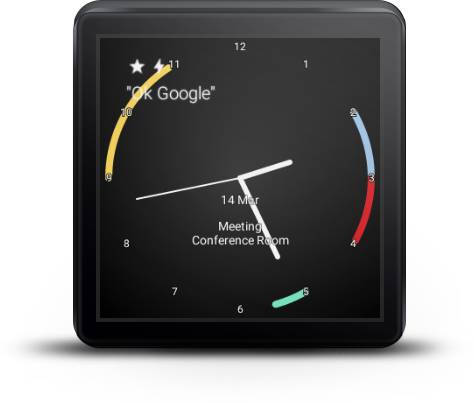 Last but not least is Calendar Watchface, a simple analog display that aims to tell you the time while also neatly letting you see events for the day and how much of your day they’re going to take up. It’s an interesting approach to using the rest of the display on a smartwatch and might help you be on time for once.